Every once in a while a human being puts on a superhuman performance that makes all of the mere mortals around him stare in awe, mouths agape, dumbfounded by the sheer brilliance of what they just witnessed.

Fifty years ago, the chess geeks of the world emerged from their caves, slack jawed and dazed by one of the most dominating performances in chess history.

Robert James Fischer, affectionately known as Bobby, was already well established on the U.S. chess scene. He’d already won his first U.S. Chess Championship in 1957 at the age of 14 and was the presumed favorite when the 1963-64 U.S. Championship came along. He was an emerging hero not yet at the pinnacle of his career, but well on his way to legendary status.

Coming into the 1962-63 U.S. Championship, he had been working on a pretty nice unbeaten streak: 28 wins, 18 draws and zero losses. But a surprise upset at the hands of Edmar Mednis left Bobby scrambling to pull out the victory, which he secured in the final round with a win over co-leader Arthur Bisguier.

You’d think a guy would be content with being crowned the champion of the United States for the fifth time. You’d be wrong.

Upset with his performance the year before, Bobby had found renewed vigor, studying five or more hours a day and, according to The United States Chess Championship, 1845-2011 by Andy Soltis, he also came to the tournament with a nuclear arsenal of new theoretical innovations.

In short: Bobby was about to drop the hammer. Hard.

From Russia with Love

Although James Bond didn’t play chess in From Russia with Love, the opening scene depicts a tense chess match between Kronsteen, the evil genius, and MacAdams, a Canadian grandmaster. Premiering in 1963 and hitting the U.S. theaters in 1964, chess geeks the world over were seeing their niche obsession featured on the big screen in the opening scene of one of the biggest blockbusters in the world. 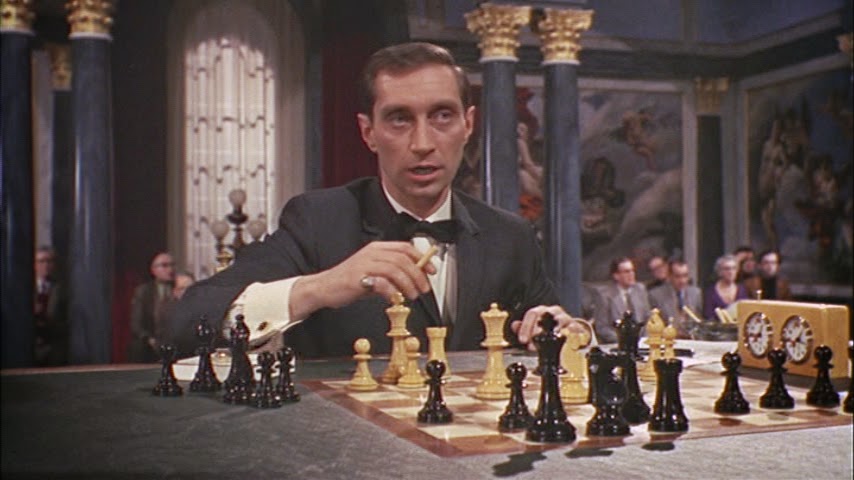 This was Sean Connery’s second effort as the suave-but-lethal James Bond, and any association with the Bond brand had to be good for the popularity of the game. The cool factor for chess was most definitely starting to gain traction.

At the exact same point in time, the chess world was witnessing the emergence of a real life hero. 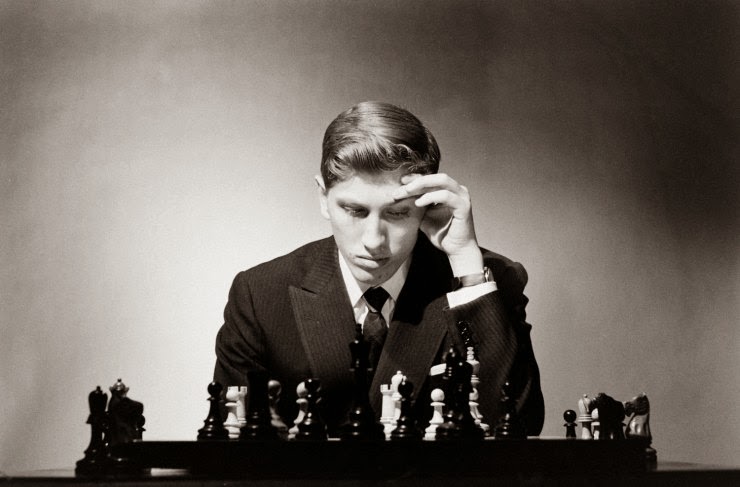 And he was about to put on a show the likes of which the chess world had never seen. With absolute Bond-like precision Fischer dismantled the field at the 1963-64 U.S. Championship.

He entered the event rated 2685, more than 70 points higher than the next-best player, the legendary Sammy Reshevsky (2611). Fischer was not necessarily a lock to win the tournament, but he certainly would have been considered the odds-on favorite.

However, nobody could have predicted the ease with which he would handle the country’s best players.

Being the favorite is one thing. To win game after game, especially when you’ve all-but told your opponents you plan on sweeping the field, is a special brand of genius. 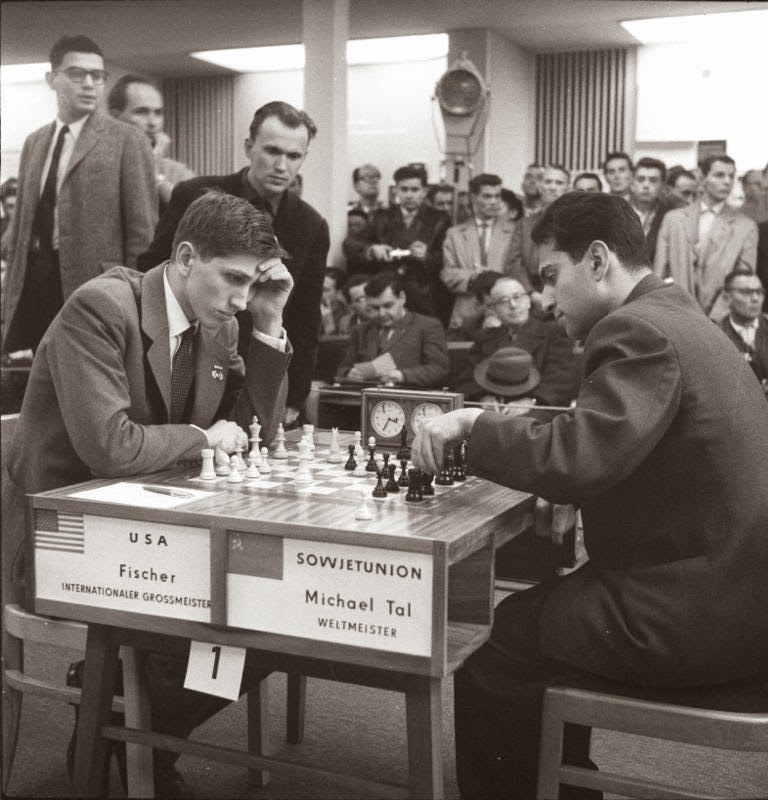 At the top level, even the best players have a difficult time forcing a win when their opponent is dead-set on securing a draw. But Bobby turned in brilliancy after brilliancy and took advantage of his opponent’s blunders to bring to life what appeared to be a Hollywood-scripted performance.

Even Bond would have been impressed.

Bobby defeated Larry Evans and Robert Byrne in rounds 2 and 3, two players he’d never previously beaten, and exacted his revenge on Mednis. The rest of the field fell like dominoes. They were mere mortals in the presence of superhuman intellect (or at least a guy that was seriously in the zone).

It had never been done before, and it hasn’t been done since. As Fischer’s legend continued to grow, the popularity of the game grew right alongside it.

Bobby would continue to dominate the U.S. chess scene, winning his eighth U.S. Championship (out of eight attempts) in 1967. But he wasn’t done there. Fischer traded in his pursuit of U.S. domination for a crack at the world title.

Our
real-life Bond-over-the board was going to stick it to the Russians
once and for all in a 1972 showdown against the super villain Soviets
and their evil genius Boris Spassky, a contest that was supercharged by
Cold War tensions between the two super power nations. 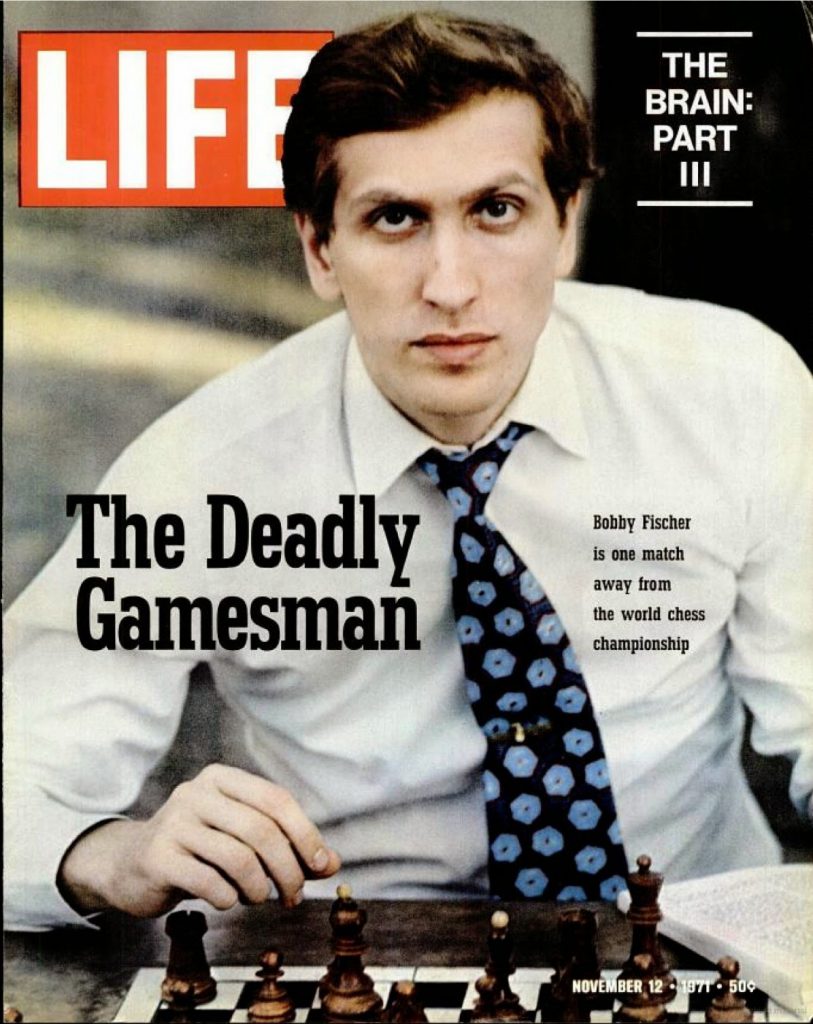 The Match of the Century was the ultimate showdown between the dominating Soviet school of chess and an eccentric and brash American. After making a terrible blunder in the first round, Fischer dug himself into an early 0-2 hole by forfeiting game 2 when tournament organizers refused to remove the cameras from the playing hall. But the tide quickly turned, and over the next eight games, Bobby drew three and won five taking control of the match.

When Fischer won the World Championship in 1972, chess in the United States reached the absolute peak of its popularity. The “Fischer boom” was in full swing.

Bobby was on the cover of LIFE and Sports Illustrated, U.S. Chess Federation memberships doubled, and the top chess players in the U.S. who were waiting in the wings right below Bobby had delusions of grandeur.

The Fall of Fischer

And then, as quickly as it came, it went. Fischer inexplicably refused to defend his title after haggling with FIDE, the World Chess Federation, on the particulars of the 1975 match. Anatoly Karpov became the new champion by default, and American chess enthusiasts were left scratching their heads.

“There are few personalities in the history of sport like Robert J. Fischer. Arrogant, evasive, uncooperative, private and mysterious, he awes spectators, colleagues and opponents alike not so much by his genius for chess as by the force of his uncompromising will that stands in contrast—often in belligerent contrast—to that of the rest of the world.”

The glory of Bobby’s perfect 11-0 and the excitement created by his World Championship victory remained for a time, but without its poster boy, the popularity of chess started to dwindle.

Grandmaster Yasser Seirawan started playing chess during the Fischer boom and quickly became one of the top players in the world.

“We thought that the great superstars of tomorrow would be chess grandmasters,” Seirawan said. “And that they would be [like] the NFL players and make tens of millions of dollars, and Bobby was going to lead a revolution. I mean literally a new parade.

“And the weirdest thing, is he just disappeared … so a lot of aspiration just went straight down the toilet.  Seirawan said he was forced to go to Europe in order to find the opportunities he needed to improve.

Fischer faded into virtual obscurity, and when he resurfaced in 1992, he was clearly not the same man who became the most dominating chess player in the world (although he was clearly exhibiting signs of mental instability even then). 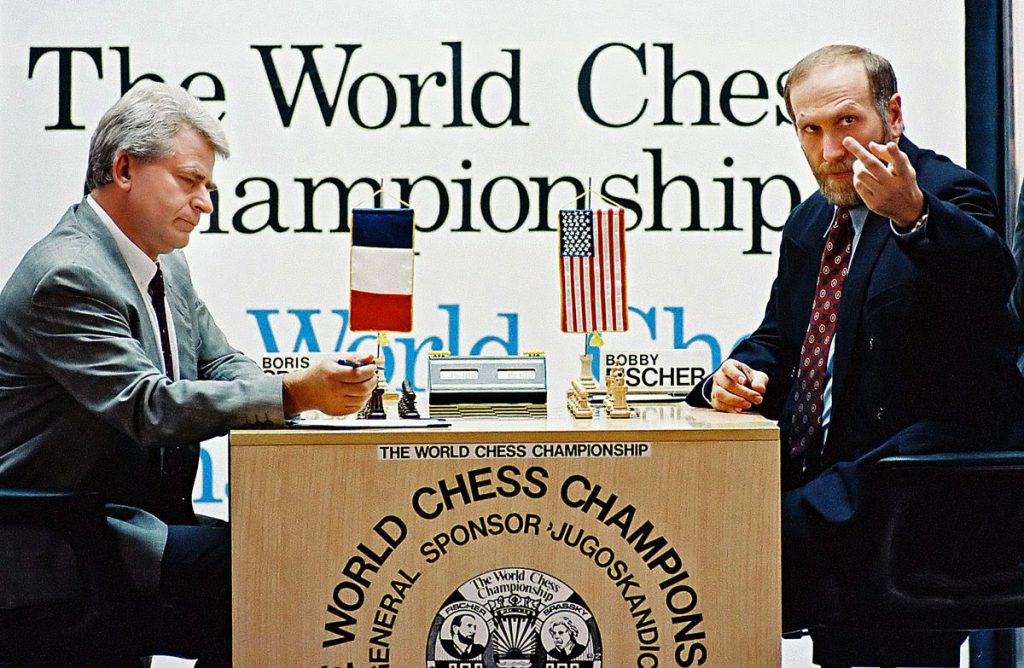 The chess geeks of the world had lost their king.

The Rebirth of Chess

Finally, in the ‘90s the advent of the Internet created a new opportunity for chess enthusiasts. Although many predicted the Internet would kill the physical chess club, people found that quite the opposite happened. It fostered growth of the game and created new avenue for people to learn, play and connect. And once people got hooked, they craved the over-the-board interaction that a physical chess club offers.

Scholastic chess programs started growing more and more prevalent, and a grassroots movement was fueled an already existing network of niche chess enthusiasts who were now connected by the World Wide Web.

And then the United States got a new leader in chess. 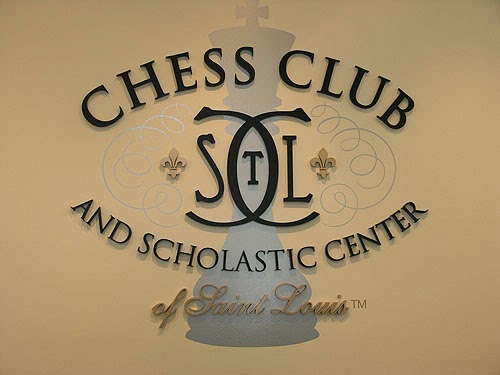 The Chess Club and Scholastic Center of Saint Louis opened its doors in 2008 and immediately began injecting new vitality into an already growing scene. The Club has hosted and organized every U.S. Championship and U.S. Women’s Championship since 2009, upping the ante each year with record-breaking prize funds for the country’s top players.

The club also has been utilizing the Internet to repopularize top-level chess in the U.S. by broadcasting innovative, streaming play-by-play for each round of the event featuring the top grandmaster analysts in the country, including Seirawan.

The Club’s founder, Rex Sinquefield, is a Fischer fanatic. He’s got a massive Fischer collection. He loves Fischer so much that the 6,000-square-foot state-of-the-art chess center he founded has three of Fischer’s games on constant loop, permanently displayed on flat screen TVs throughout the club.

Bobby’s legacy lives on in the halls of the Chess Club in St. Louis.

This year the organizers of the 2014 U.S. Chess Championship are hoping history will repeat itself when the top chess tournament in the country gets underway in St. Louis next month. They’re offering a $64,000 Fischer Bonus prize to any player that can replicate his feat.

Good luck to the 12 competitors who are vying for the U.S. Championship this year. We’ll see if another superhuman can emerge from the ranks of mere mortals to help us lead the new revolution.

Mike Wilmering is a 2006 graduate of the University of Missouri at Columbia School of Journalism and serves as the communications specialist for the Chess Club and Scholastic Center of St. Louis.