We spoke the day after she returned to her home in Los Angeles after spending the past several months in Vancouver, British Columbia where she played Sara Lance aka The Black Canary on the CW’s hit series, Arrow.  And she came back with a bad cold.

Her new film, the science fiction thriller The Machine, has already won the Raindance Award from the British Independent Film Awards (Caity had also received a nomination as Most Promising Newcomer)

In The Machine, Britain is in a Cold War with a new enemy, the Ministry of Defense is on the brink of developing a game-changing weapon. Lead scientist Vincent McCarthy (Toby Stephens) provides the answer with his creation, ‘The Machine’- an android with unrivaled physical and processing skills. When a programming glitch causes an early prototype to destroy his lab, McCarthy enlists artificial intelligence expert Ava (Caity Lotz) to help him harness the full potential of a truly conscious fighting machine (also played by Caity).

Caity took some time to speak with FOG! despite feeling awful.

What drew you to the part in The Machine?

It was playing different roles.  Completely different and one of them had a lot of space for creativity of just creating the character that wasn’t human and that let me take a lot of liberties to make her however I wanted which is fun because I really get to change.

I got a little bit of a Marilyn Monroe vibe from your vocal performance as the machine.  Was that an influence?

You know what I always thought, who was JFK’s wife?

Yeah.  Like Jackie Kennedy.  You know how all of the women back then, like Marilyn Monroe and others, how their voices were so smooth and soft.  It’s not loud and not as fluctuating as much.

You were a professional dancer.  What made you want to transition to being an actress?

I moved to Europe was in a singing group for a little bit and I came back and went back to dancing.  I toured with Avril Lavigne performing in giant arenas and I wasn’t feeling it.  I wasn’t getting excited about it anymore.  It wasn’t the same for me, so I wanted to transition.  And acting was the study of being in the moment and I thought it was so cool and I would be nice to learn how to do it.  I just wanted to study it.  I started taking classes and I fell in love with it.

This season on Arrow, we’ve really gotten a good look at what makes Sara tick as well as providing some insight into Oliver’s past.  What has the experience been like? 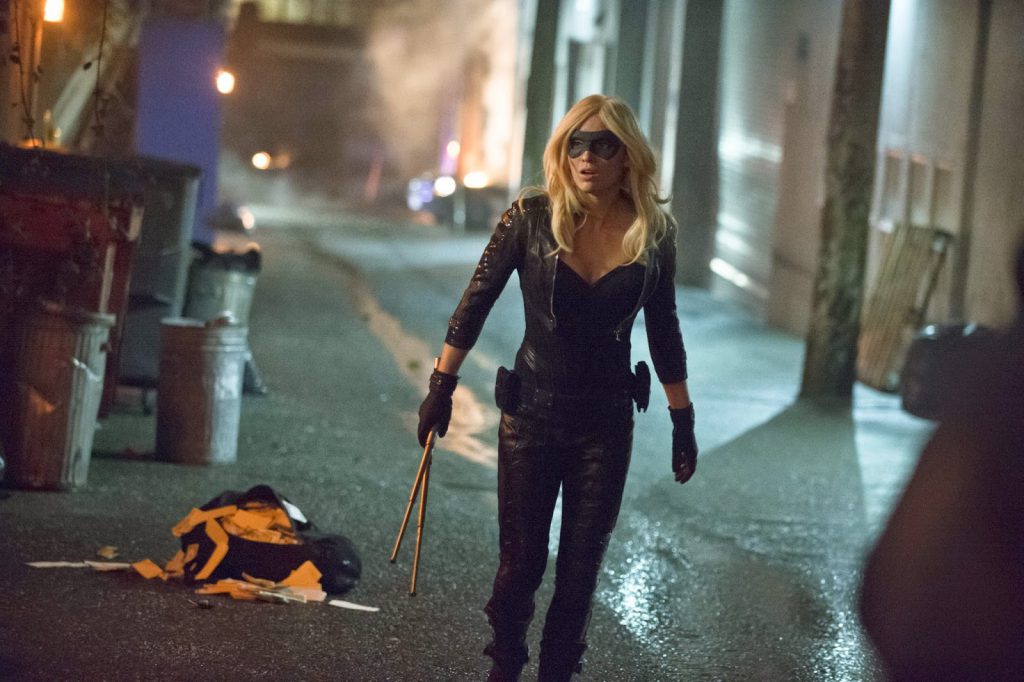 Anything you can tease about the season finale?  Will Sara be back next season?

You had a photo on Instagram of your fairly impressive DVD collection.  What are your Top 5 “go to” movies?

I love Braveheart, that’s one of my favorite movies.  Godfather.  The Little Princess, I love.  Boogie Nights is a great movie.  The Fifth Element.

I know Arrow wrapped.  What are your summer plans?

I don’t know.  I’ve been living day by day.  Last night was the first night I’ve slept in my own bed in months.  I haven’t even unpacked.  My summer plans I haven’t even thought of.

Game of Thrones!  I was watching that last night.  I finally got caught up and of course I had to watch all the new episodes.  Once you watch one you have to keep going.  You can’t watch just the one. 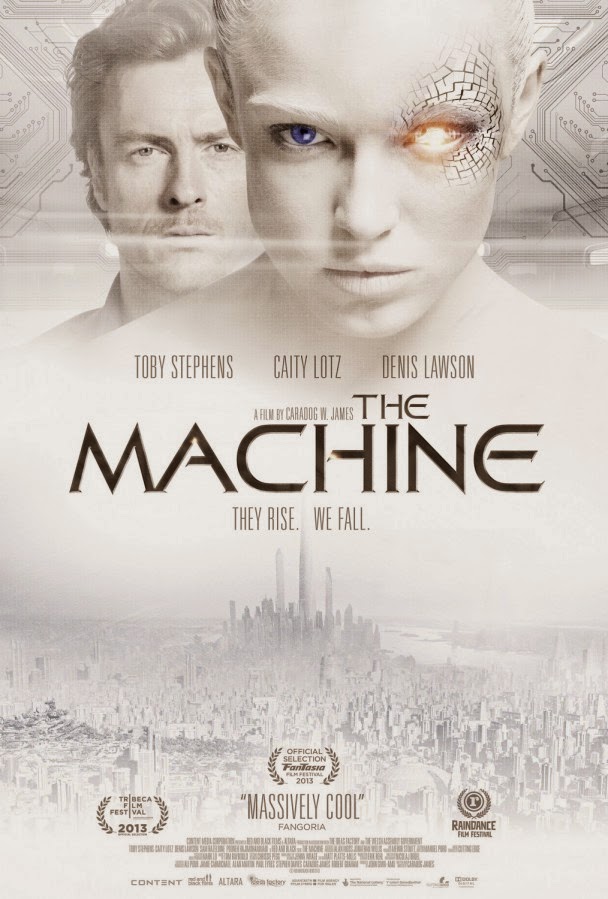 The Machine is now playing in limited release
themachinemovie.com/