How i Made The World is a new independent autobiographical comic book getting a lot of attention already. I spoke with writer Liz Plourde and her artist Randy Michael for some insight into the after-hours art school adventure showcased in Issue #1. With honest storytelling and classic Hernandez Bros. inspired cartooning, FOG! thinks they have a hit on their hands! 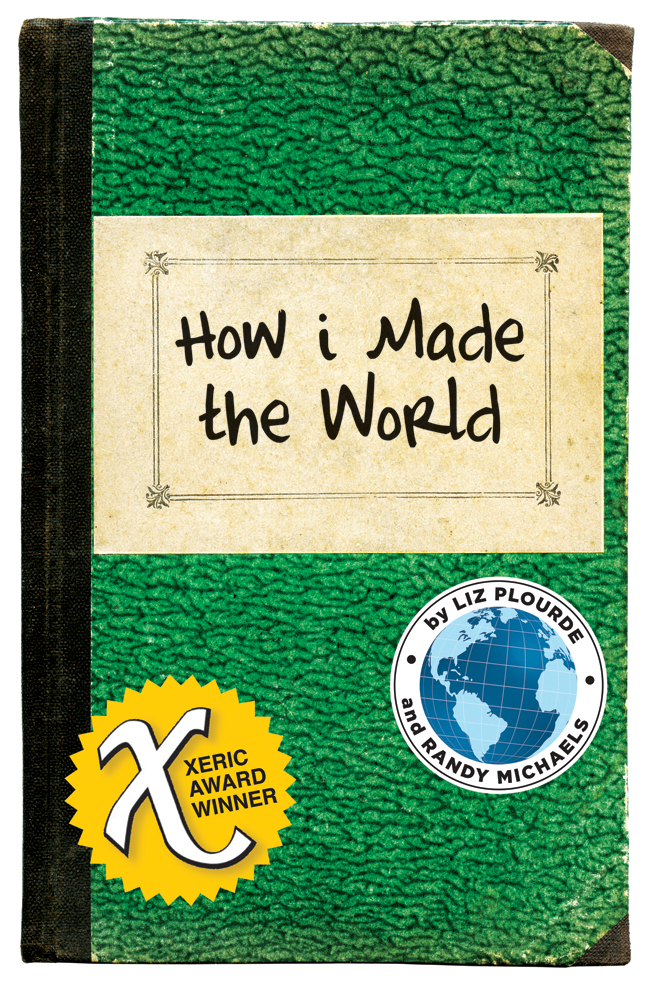 Liz and Randy took some time to chat with FOG! about the upcoming release of the first issue.


FOG!: Hi Liz, thanks for joining us today! How did you meet your illustrator Randy Michaels?

I met Randy when we were working at a local TV station on a nightly news magazine. We realized we had many shared interests; in that frenetic environment, we had a lot of laughs. Before long, I was showing Randy my short stories, and he was sharing his illustrations. I thought they were so cool.

I was an English major at the time, and because Randy was also an editor—really, he’s a Renaissance man—he started helping me hone my craft. One day, he showed me that he’d adapted one of my short stories into comics form. It was a slice of life tale about a college friend. I wrote more stories about college life, and we began developing the main characters in How i Made the World together. Becoming a collaborative team happened very organically.

Randy – how is it collaborating with Liz on her scripts?

Randy Michaels: I liked Liz’s “voice” from the very beginning. Her writing is smart, but she also writes extremely funny lines that come at you when you least expect them. Liz and I read through her scripts with my sketchbook in hand, and we map out the pacing and major plot points and how they’ll play out on the page. Sometimes, Liz will suggest a particular angle to draw a scene. Or I’ll suggest text changes, such as additional dialogue. We brainstorm together and make it fun. There’s no embarrassment that one of us might come up with a bad idea. 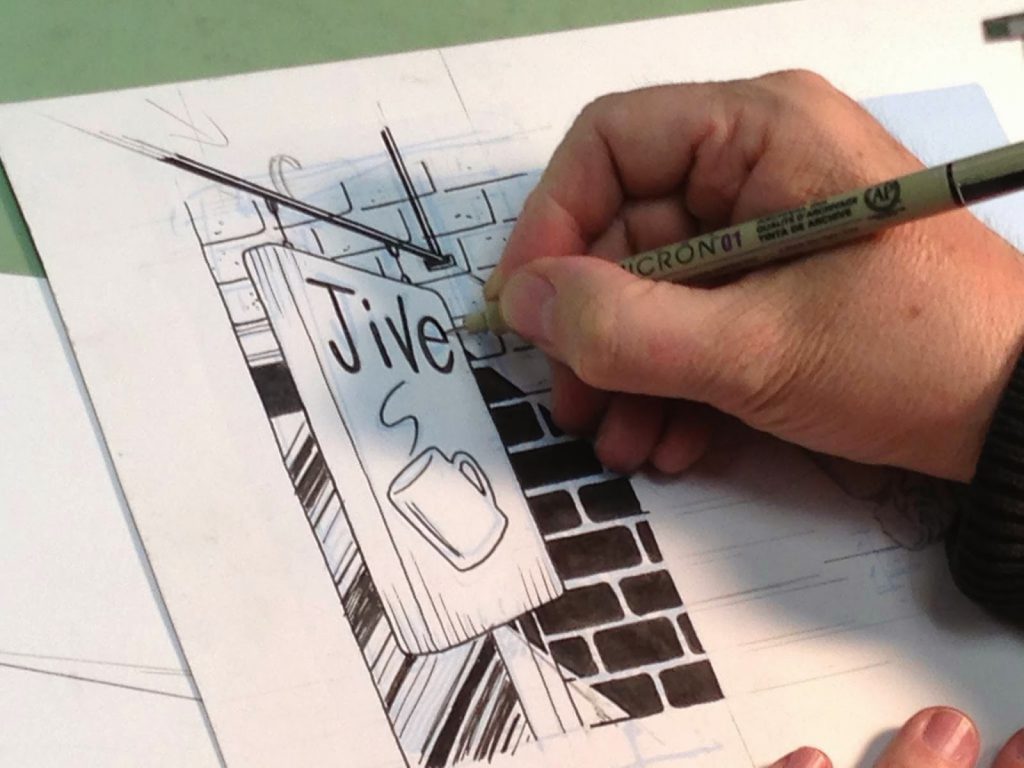 The book took me back to the days of what we called ’24-hour-access’ at my art school. I had wished it was all semester long! Studios have. Certain energy late at night, don’t they?

Liz: Yes, I think studios at night are alive, almost as if they hold the secrets and ideas of all the people who have worked in them. Our lead story in How i Made the World #1 is very loosely based on a sculpture project I worked on in college. Like the main character, I spent quite a few late nights in the studio. 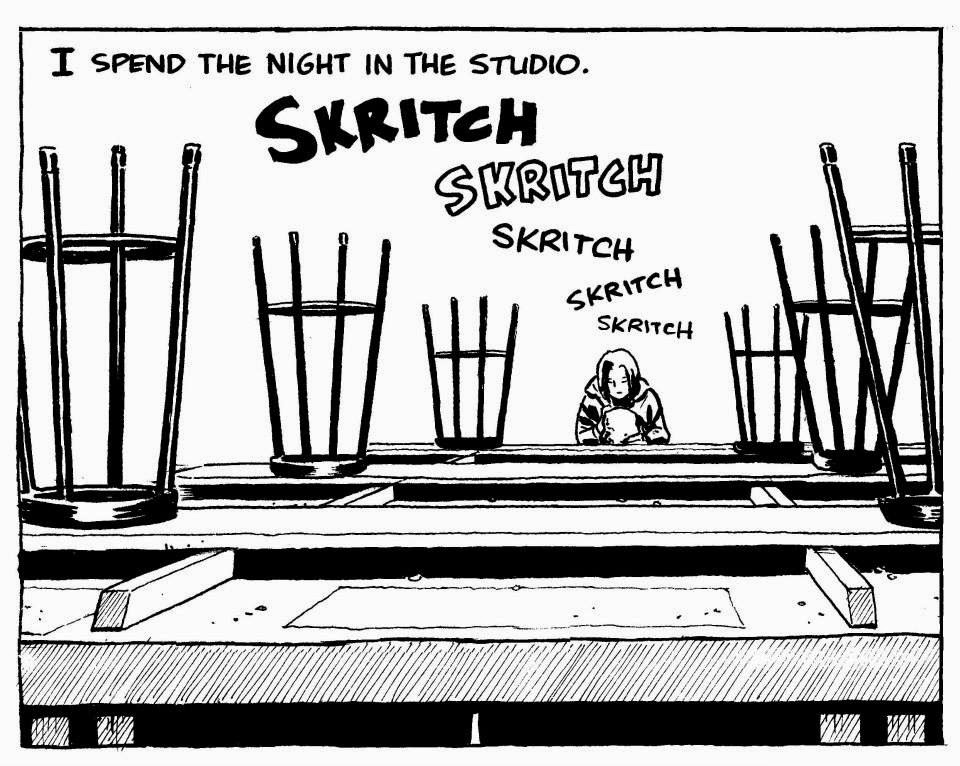 Randy and I actually snuck in once to take reference photos, which was pretty easy because this place is never locked. When I was working on the sculpture, I loved walking home in the early AM, covered in plaster dust, feeling like I had really accomplished something, even though the work itself was nothing special. But that’s part of the lesson of the story—the art can exist in the making of it.

For those that might want to read the book, tell us your most interesting late night studio story!

Liz: In college, I loved working in public places, especially at night.

When I’m sleep deprived, I start seeing and hearing things. My mind can go to all sorts of places. And I’ve always liked to scare myself; it gets the creative juices flowing. I’m also ashamed to say I was a public sleeper at The University of New Hampshire. I would fall asleep writing in my journal on the couch in the library and the student union building all the time.

For my Intro Sculpture class, I really did spend some late nights at the studio. I had so much fun working with a classmate on the seedpod project featured in “The Monster.” We started out on opposite sides of the room, yelling across to each other, but by the end of the night we were sharing secrets. We ordered take-out and even played a midnight game of Frisbee with some random kids outside. This memorable chance encounter was the inspiration for the character Carla in “The Monster.”

How i Made The World is already being compared to other black and white autobiographical books like Love & Rockets and Terry Moore’s books. How do these comparisons make you feel?

Randy: It’s very flattering. They’re the best of the best. Liz and I are big fans of Jaime Hernandez. I can only hope to someday be at that skill level. He’s definitely an influence. Reading his work—and Adrian Tomine and Daniel Clowes—makes me want to get to the drawing board.

There aren’t many people doing 32-page black & white comics anymore, and I love that Drawn & Quarterly is still publishing Adrian Tomine’s Optic Nerve in this format. I’m really glad the grant from The Xeric Foundation allowed us to do the same with How i Made the World. 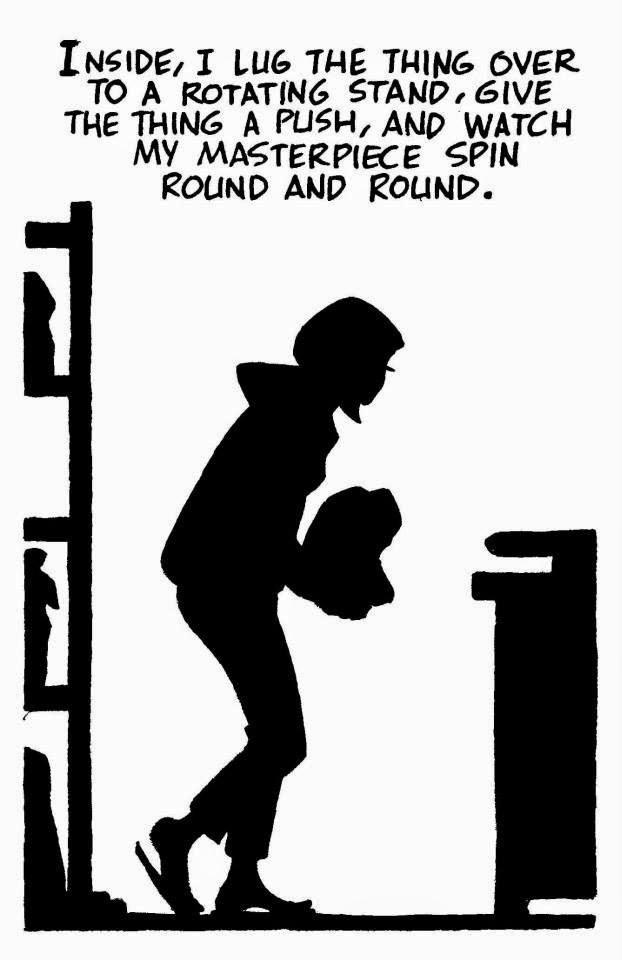 Care to tell us more about the Xeric Award?

Randy: The Xeric Award was established in 1992 by Peter Laird. For 20 years, The Xeric Foundation awarded more than $2,500,000 to self-publishing comic book creators. We’d read so many books from past Xeric winners that when we heard the Foundation would be awarding only one more round of grants, we knew we had to expedite the comic we were working on, which was How i Made the World, and apply for a grant.

We hunkered down in our studio and worked around the clock for a month to get our submission ready. It really paralleled the story we were telling in the comic, about a student becoming obsessed with completing an art project. We got our application to the post office with ten minutes to spare on the last day to submit!

When we were notified that we’d received the grant, it was the best day ever. We are so thankful to The Xeric Foundation for allowing us to publish our first issue.

What is your biggest challenge facing you getting the word out about the series? Is this an ongoing title?

Liz: Our comic isn’t about superheroes, which can make it a harder sell, but we created the kind of book we want to read. Our characters’ “ordinary” lives are epic on their own, and our stories do have a touch of the supernatural.

Randy: We were so lucky to get accepted for distribution by Diamond Distributors, which gives us an edge as self-publishers. Right now, we’re reaching out to stores and getting the word out through comics-related websites. The response has been very positive. Marketing ourselves is a new experience, but we’ve found it to be exciting. At the same time, we’re working on our second issue of How i Made the World.

If you could turn into an animal, what would it be? Does not have to be a pet, either!

Liz: Everyone says I resemble my cat, which to me is a compliment because he is so handsome and clever-looking. So, I guess my answer would be a cat, as generic as that might sound, but specifically my cat Vernon. I think Randy would be a dolphin because he loves the water.

Thanks again for allowing us to share. We’re honored to be included among the Forces of Geek! 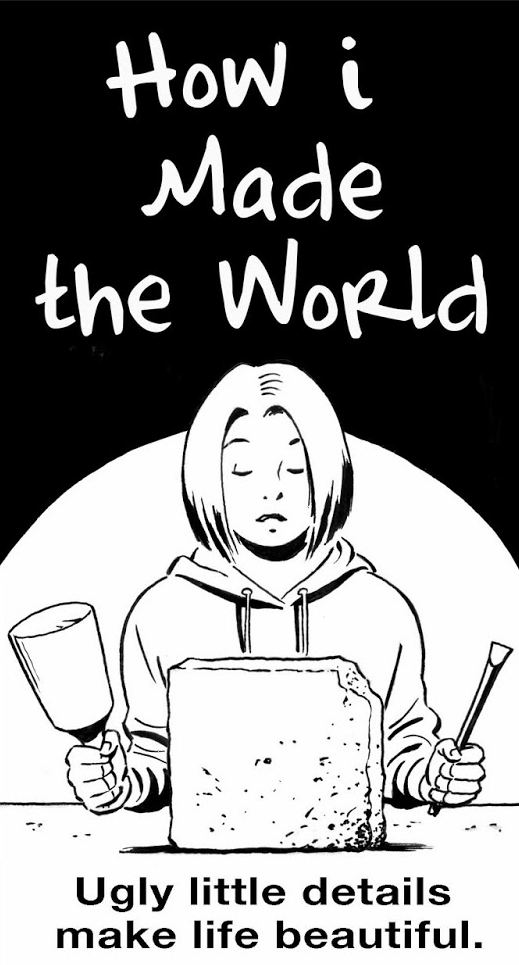