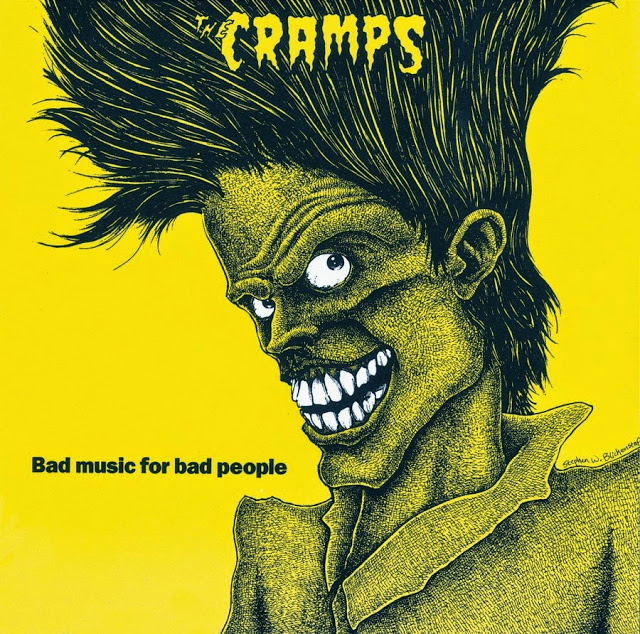 It’s Monday so naturally my thoughts turn to self hate and loathing (as they often do when I realize that I am back on “Internet Research Duty” for another five days) and while I can appreciate the fact that I have a job in which four or five people read my stuff, I am often left with a feeling that nothing I do matters that much in the scheme of things (I told you I hate Mondays). Which, is probably why I turn to my collection of albums/cds/tapes/play lists to help bring me out of self-imposed stupor when the day of “M” comes round.

And for today’s selection of musical Xanax I’ve slapped on an oldie-but-a-goodie record by The Cramps called Bad Music for Bad People (of course there’s a lot of Punk fans who believe this particular album is a little too mainstream, but fuck ’em) thinking that perhaps a nice video of Goo Goo Muck or I Can’t Hardly Stand It would make the beginning of the week a bit easier to digest, but since I was up all night with the cramps (a nice little segue if I do say so myself) I figured an entire album filled with psychobilly musical funk was called for.

After the break is a video heavy celebration of my brain on The Cramps.