It isn’t common knowledge that the same man has been giving life to both Sesame Street characters Big Bird and Oscar the Grouch, the north and south poles of that world, and a new documentary aims to change that.

I Am Big Bird chronicles the career of puppeteer Caroll Spinney, promising an intimate portrait of the unsung talent who’s entertained children across the world on a daily basis for over 40 years.

Co-directors Chad Walker and Dave LaMattina of Copper Pot Pictures completed the film in January after they raised funds for the production on Kickstarter.

The filmmakers offered their insights about how a film on Spinney and his feathered and filthy friends came to be, and how crowdfunding an independent film featuring a trademarked character is completely attainable.

So, why a film about Caroll Spinney? Can you describe who he is and what he’s done to the uninitiated?

CHAD WALKER: When we heard that one person had been performing as Big Bird and Oscar the Grouch for over 40 years—and that he was almost 80 and still doing it—we felt like his life would be fascinating. We were right. We had to make a film about it.

How did you meet Mr. Spinney? How receptive was he to your project?

DAVE LaMATTINA: I had actually interned at Sesame Workshop, but not realized that Caroll had been doing these puppets all these years. I was telling one of our dear friends about the internship and she not only told us about what Caroll’s been doing, but also that her godmother was his sister-in-law. We had her put in a good word for us, then reached out to Sesame and had a meeting with Caroll and his wife, Deb, within days. They were very receptive to the idea!

How is Caroll Spinney in person? Is he more a warm Big Bird or a caustic Oscar? A mix?

CW: Caroll himself will tell you that he’s a mix of both—he likes to say he is more Big Bird than Oscar and he certainly is—but there are definitely some Oscar moments in his life. I think Oscar definitely comes out in Caroll’s sense of humor. It’s pretty wicked. 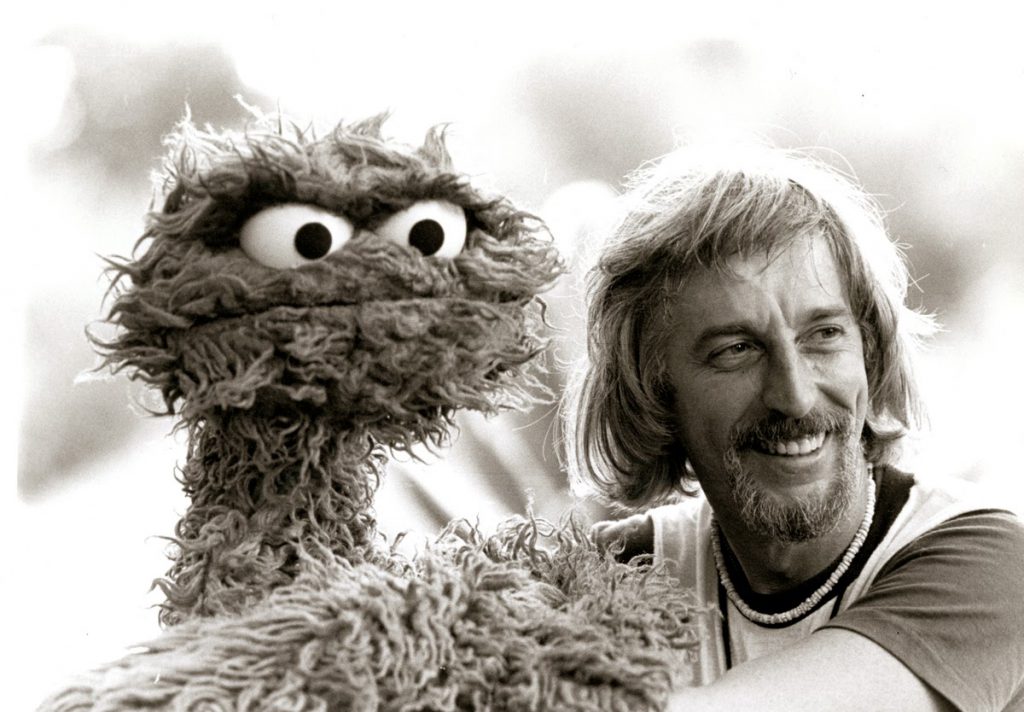 What can viewers expect to see in I Am Big Bird? Anything exclusive to your film in particular?

DL: We were so lucky that, in our first meeting, Deb told us that if they decided to do the movie with us, we could have access to all the film and photos she’s shot over the years. She’s basically been with Caroll for everything and has filmed it all. We went to their house and opened up a giant closet full of old film reels. This material has never been seen by the public. Honestly, Caroll and Deb probably hadn’t watched most of it since the time they shot it.

There’s so much stuff that’s exclusive to the film, though my personal favorites are the behind-the-scenes material from Big Bird in China and Follow That Bird.

More than anything, the material the Spinneys shared with us gives you a real picture of the love they share. It’s beautiful.

Why an independent venture through Copper Pot?

CW: We knew that people would want to see Caroll’s story. And we knew that to be true to their story and our relationship with them, we couldn’t have outside influences telling us what we had to do. Had it not been for the rise of Kickstarter, this would be a very different movie.

What was your immediate reaction when you saw that your Kickstarter for I Am Big Bird was such a success? Is using the platform again in your foreseeable future?

CW: Relief. Crowdfunding is stressful. You put your project out there long before the finished product is ready and you see how people react. In our case, it was a positive reaction. But it was a stressful 30 days.

DL: I don’t think we’d rule out crowdfunding, but it has to be the right project. With I Am Big Bird, we had a perfect storm of factors: an idea that connects with a wide range of people, the ability to produce unique rewards and an icon that was willing to participate in the project. It was a no-brainer. Without those factors, I think it’d be a lot harder to run a successful campaign. 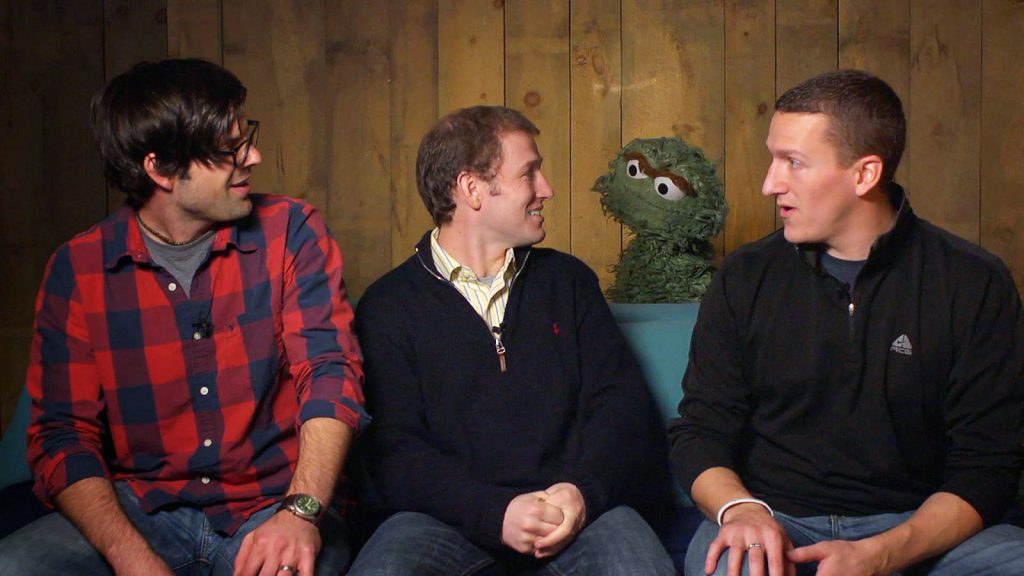 Lots of films on Kickstarter tend to go over their estimated completion date by not so much as months, but years, and keep their backers in the dark. As a filmmaker, why do you think that is? How do you ensure that your backers are content with your own filmmaking process and project updates?

DL: Our goal is to send our backers one email a month. We’ve been pretty good about it and people respect that. We’ve experienced our own delays, but because we were open about it, people were cool with it. So, when the production hit a delay that then affected the rewards, we explained to our backers that when we first sat down with our composer, the style of music was a more simplistic one.

However, as the film evolved, our composer felt that we needed a more orchestral score, which takes time. He was right–the score is beautiful. We communicated all of this to our backers and told them that if they had any complaints or issues, we’d be happy to speak with them individually. We received no negative feedback. The overwhelming consensus was do what it takes to make the best movie possible and thanks for keeping us in the loop.

CW: It’s understandable that films go past their delivery date. It’s the nature of the beast. People just want to be kept updated–and they should be.

Lots of young filmmakers are interested in doing projects related to large companies but are scared of the legalities involved. How was working with Sesame Workshop with regards to rights and clearances?

DL: Sesame has been a partner in every sense of the word. They’re amazing. They wanted to tell this story as much as we did. We are very lucky to have them on our side. That said, the fear of the legalities should never keep someone from a project. There’s always a way to figure it out.

What did you learn about Mr. Spinney during the making of the documentary?

DL: So much. But mainly, it’s what Chad says: there’s no one else that could’ve made these characters what they were. At one point in the film, you’ll see a clip where Jim Henson calls Big Bird the most popular children’s character in the world and credits Caroll for that. That’s a remarkable statement. I think what we learned about Caroll is how much love he radiates—that’s why Big Bird is the way he is and that’s why he’s so popular. 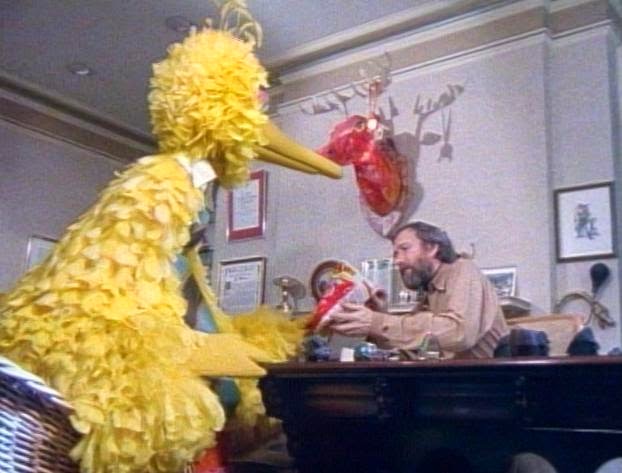 Ultimately, what do you hope viewers walk away with after seeing I Am Big Bird?

CW: We just want people to see Caroll and Deb as we do. They’re remarkable people and we hope the film captures that. 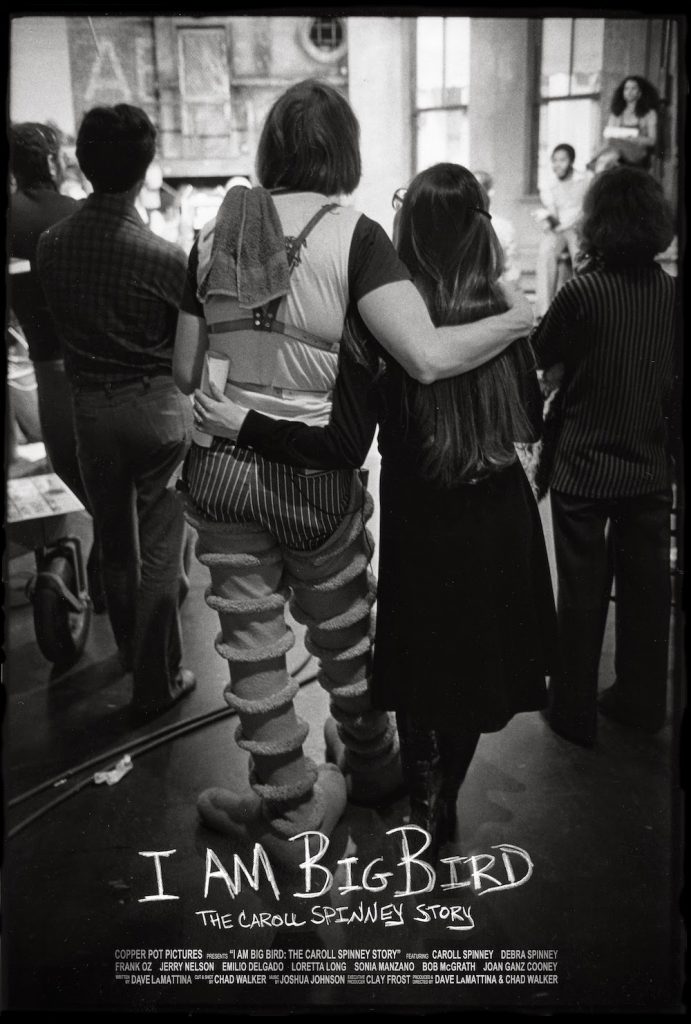 I Am Big Bird will be making its premiere in late April at the Hot Docs film festival in Toronto. LaMattina anticipates copies will be available for purchase soon.
For more details visit www.iambigbird.com