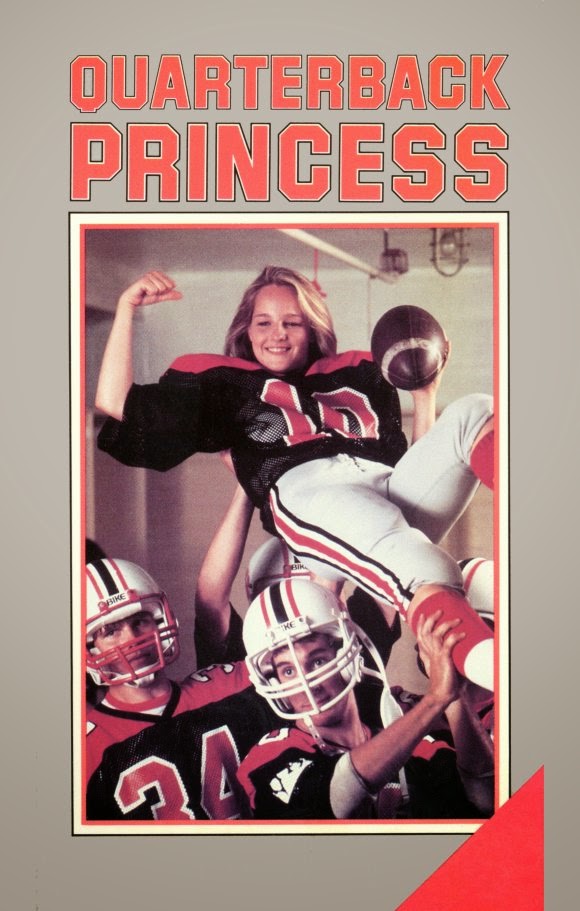 In 1982 a film crew came to my small Oregon hometown of McMinnville to shoot a TV movie about a girl who wanted to play football but was still attractive enough to win the Homecoming Queen title (not to mention play well enough to win the state championship…which, as anyone who grew up in Mac can tell you, would never happen outside a made-for-tv movie…Go Grizzlies!).

The film starred Helen Hunt (Mad About You), Don Murray (T. J. Hooker Blood Sport), John Stockwell (My Science Project), Daphne Zuniga (Spaceballs) and even Tim Robbins (Shawshank Redemption) and featured such illustrious locales as Alf’s Ice Cream and Burgers (where a monkey lives) and, I don’t know, some other places that haven’t changed much in the thirty years since the movie aired.

Anyone who lived in Mc Minnville grew up with the stories about what it was like the day Hollywood came to town and, even if it didn’t seem so awesome to the younger generations that followed, they learned quickly enough that you said it was for fear of being thrown to the wolves (or one of the neighboring towns like Amity or Yamhill…shudder). Oh sure, some of the old-timers were eager to complain how they weren’t allowed into the drugstore diner for coffee because film crews were blocking the entrance, but still, it was a good time for the locals (and those who want to stay locals).

Of course, the movie itself wasn’t so great by regular standards (you know, if you prefer something with a plot and decent acting) but for those of us who watched our town appear in a movie, it was THE GREATEST THING EVER MADE.

And for that reason alone, it is worthy of being seen today…maybe not if you have something better to watch like Dude, Where’s My Car but, you know, if nothing else is on.

Entire movie after the break.