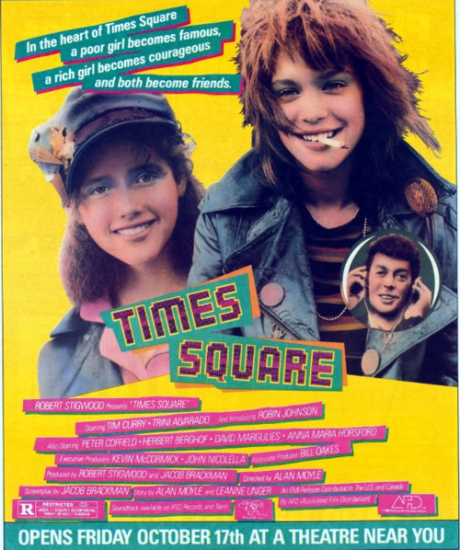 When I was twelve years old (this was all the way back in 1986 mind you) I came across a VHS copy of a little movie called Times Square starring Trini Alvarado (Little Women) and Robin Johnson as two incredibly fucked up teenagers (they meet at a mental hospital) who start a punk band called The Sleez Sisters as a way to articulate their feelings of loneliness and their pisstivity toward authority figures.

As a self-described loser dealing with the way too traumatizing aftermath of a parental divorce and being constantly bullied at school for being different, the story of two girls around my age (Johnson was fifteen at the time and Alvarado was just thirteen) fighting against the hostile forces in their lives through music and anarchist behavior hit me in the gut full force. 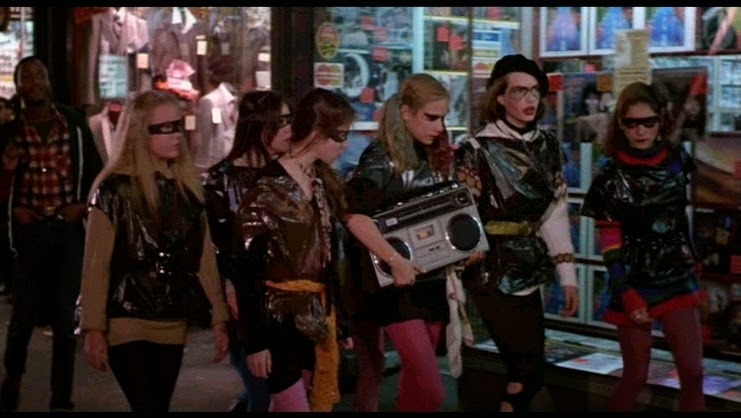 It was as if the movie was created just for me, articulating all the frustrations I felt with my parents and my peers, my struggle to develop my own, independent identity and my desire to feel the soul-changing freedom that rebellion from the norm could give you if you weren’t the kind of person who seemed cherry-picked to find the bland suburban lifestyle ideal.

It was also filled with girl-positive messages of friendships, hard-driving songs (by Johnson and Alvarado) with such fuck-you spoken lyrics like: Assholes, you’re time has come/’Cuz’ I’m a time-bomb, and I’m gonna explode all over you people (not to mention a killer soundtrack featuring the likes of Suzi Quatro, The Pretenders, Roxy Music, Gary Numan, Talking Heads, XTC, The Ramones, The Ruts, Lou Reed, The Cure, The Patti Smith Group and David Johansen) and enough rebellious activity to light a fire inside me to seek out a personal relationship, not with Jeebus, but with music and to do whatever the fuck I wanted to do in this life. 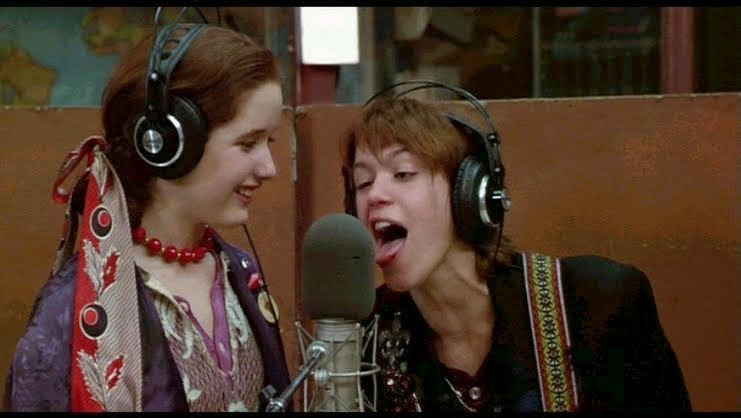 And yes, most of that life has been been pretty fucking righteous..

But the movie was well ahead of it’s time, judging by how poorly it did commercially and critically at the time (although it has gotten much better reviews as the years have gone on) and I think director Allan Moyle knew that. He was unceremoniously fired from the film during editing due to his desire to make the story (and the dialogue) tighter and harsher while the producer, Robert Stigwood, wanted to have more music sequences in order to sell the soundtrack (and while I love the soundtrack more than anything, it’s my most treasured possession, I wouldn’t have minded some darker, deeper dialog scenes). 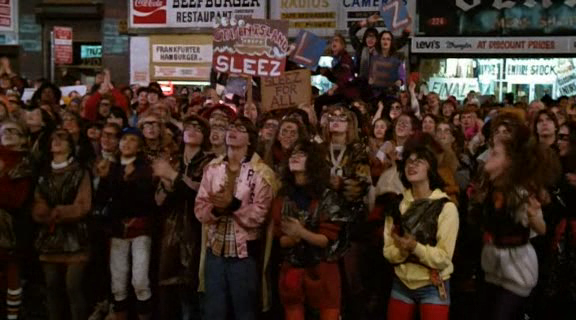 But we shouldn’t feel too bad for Moyle for what ultimately came out of his experience on the film and from his original story laid the groundwork for the brilliant teen angst/anti-authority tale of Happy Harry Hard-on in Pump Up the Volume (a film he wrote and directed) that was just as influential to a butt-load of teens in the 90s as Times Square was to those of us who grew up in the 80s (and please, don’t get me started on how glorious that soundtrack was).

For what it’s worth, I’m 40 now and these memories of mine are coming from a place seen though rose-colored glasses. I understand that a movie in and of itself can’t absolutely change a person’s life (nor can it induce violence even though it’s fashionable to believe otherwise), it is only mere images moving on a screen, nothing more, but those visuals can be the catalyst for a metamorphosis and sometimes that’s all one needs to spark a transformation. Times Square spoke to me (as countless other films have spoken to others) and in it’s story I found my soul and purpose and for that alone, I am thankful.

And if you can take anything away from this movie it is this: Sometimes you have to be the kind of person who wants the world to burn down in order to build it back up again.

Who has a match?