WrestleMania 30 was a celebration of wrestling’s past and present that has plotted the course to an exciting and prosperous future. With new blood rising, the fall of a legend, and a hero’s conquest, this years “showcase of the immortals” is something we won’t soon forget.

The show kicked off with the familiar sound of Rick Derringer’s “Real American” as Hulk Hogan, this year’s host, welcomed everyone to the Silverdome and was quickly corrected by over 75,000 fans inside the Mercedes-Benz Superdome.

The Hulkster took it in stride and talked about some of his greatest moments until he was cut off by the ominous breaking of glass and Stone Cold Steve Austin making his way to the ring. Austin and Hogan stare each other down in a surreal moment. This will always be considered the wrestling dream match that got away. Plus, their personal problems with each other are well documented. It was nice to see them be able to work together in such a capacity. Austin pumped up the crowd with his verbal “Hell Yeah” hijinks until The Rock made his way to the ring. 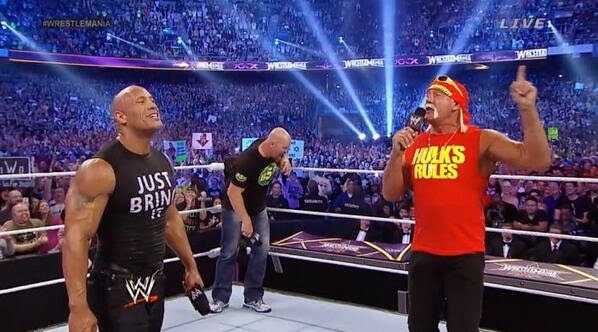 This was a true WrestleMania moment unfolding before our eyes as the three biggest names in the history of the business were in the same ring at the same time. Rock hugged both of them and gave them props for their contributions to the industry. He also put over John Cena, which unleashed some boo birds from the crowd, and quickly mentioned Daniel Bryan, which turned the jeers to cheers.

Hogan closed it out with “Whatcha gonna do when Hogan, Austin, Rock, and the Super Dome run wild on you?”

Hogan’s music hits, and the three icons share a beer in the ring 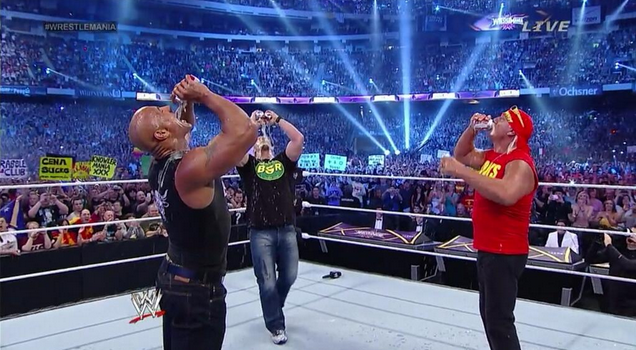 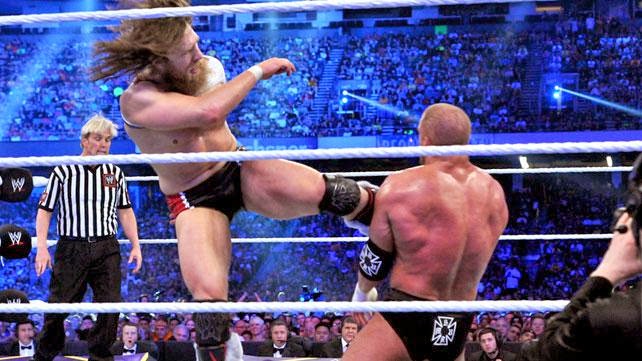 In the months leading up to this showdown, Daniel Bryan had been cut off by Triple H’s authority every time the title was within his grasp. Art imitated life as Bryan was being held down for being a smaller technical wrestler instead of a massive body builder that traditionally gets ahead. This match was a tremendous back-and-forth battle as Bryan wouldn’t be denied despite Triple H using some innovative offense on his already injured shoulder. Bryan got the win, but “The Game” got the last laugh as he blindsided Bryan in a fit of rage and wrapped his arm around the ring post and blasted the injured shoulder with a steel chair. 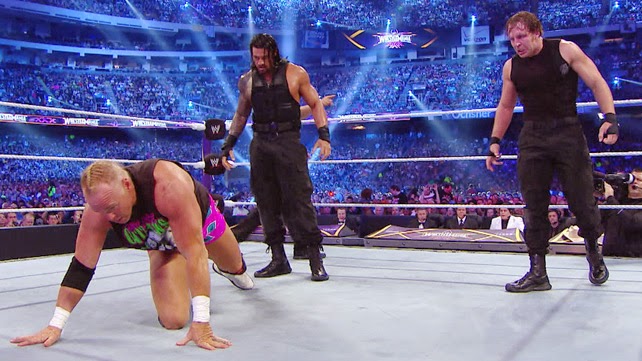 The Shield made quick work of Triple H’s cooperate goons. Regins dropped Gunn with the Superman punch, Ambrose and Rollins hit a pair of suicide dives and Regins delivers a vicious spear to Kane. The finish came when all three men delivered a double power bomb to the Outlaws. This match was exactly what it needed to be with a new minted babyface Shield looked dominant. 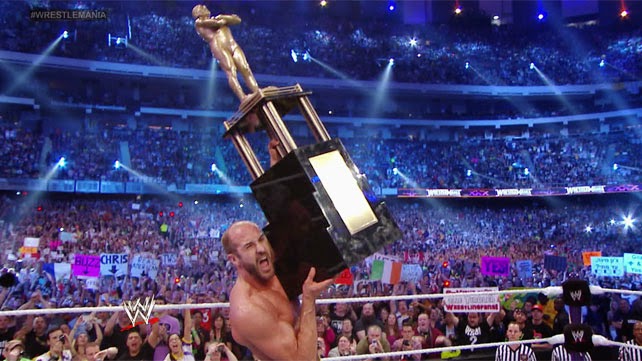 Battle Royal’s seem like a lot of fun but generally fail to deliver the goods. Not this time! There were a lot of fun eliminations in this one including the high-flying Kofi Kingston being back body dropped over the top rope and on to the floor. However his feet managed to stay on the steel steps which saved him from elimination. The final four came down to Sheamus, Alberto Del Rio, Cesaro, and Big Show who was the sentimental favorite to win because in some ways, he is the Andre of this generation.

However, the fans were loud in their support of Cesaro as he scooped up Big Show over his shoulder and body slammed him over the top rope for the win. Cesaro has been pegged by the internet wrestling community as the next breakout star and this win will go a long way in realizing that goal. 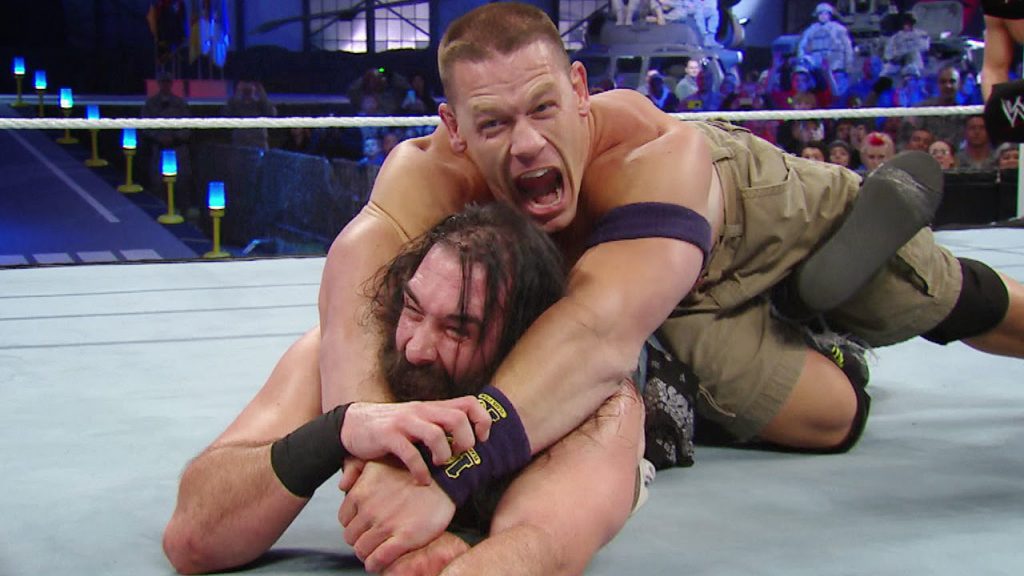 Move for move and hold for hold, this match was a letdown. The performance aspect of this match played out very well and the crowd was itching for a Bray Wyatt victory. However, that was not to be. The story going into this contest dealt with Wyatt, a deranged cult leader, getting into John Cena’s head and making him question his legacy. Cena is the Superman of the WWE and was able to overcome Wyatt’s mental mind games. 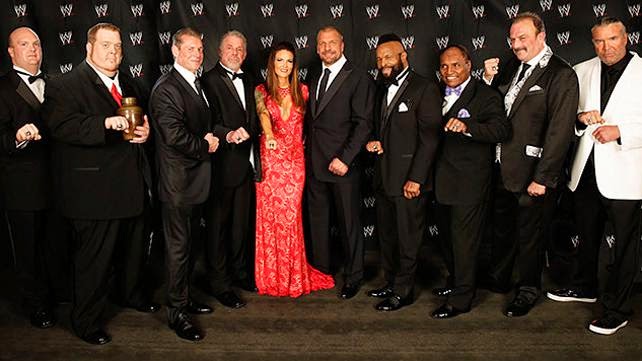 Howard Finkel introduced the Hall of Fame Class of 2014: Jake “The Snake” Roberts, Mr. T, Paul Bearer (represented by his sons), Carlos Colon, Lita, Razor Ramon, and The Ultimate Warrior. The big news coming out of the Hall of Fame ceremony was Mr. T’s 30 minute speech about how much he loved his mother and even mentioned her labor pains and urinary tract. He was awkwardly cut off by Kane which was welcomed by all.

There is a plethora of outrage, shock, and sadness over the Undertaker’s infamous WrestleMania streak coming to an end. Everyone is talking about this and it has even made headline news in various media outlets. The Streak has been WrestleMania’s greatest attraction for many years and now it’s finally over.

Some felt the Undertaker’s streak should have only been ended by a star on the rise in order to make them into a main event player while others felt it should never end.

The general consensus is that Brock Lesnar was the way wrong guy to end the streak because he is already a big name player and is only wrestling part-time.

Plus, his curmudgeonly reputation outside of the ring makes him totally undeserving of this accomplishment. I have a different opinion on the matter. If you look at wrestling through the prism that it is real and ignore all the backstage crap, it totally makes sense that Brock Lesnar ended the streak. 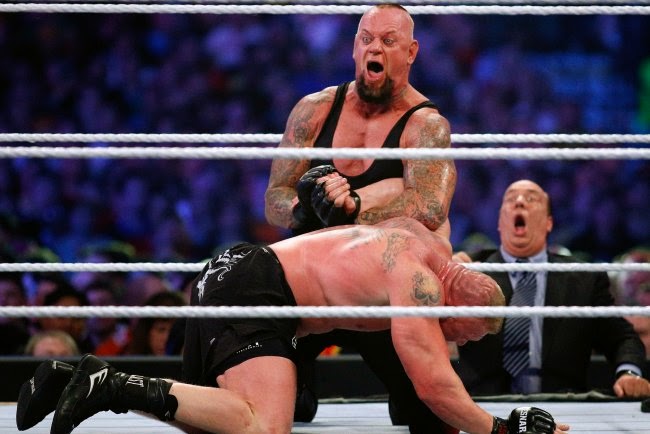 His character accumulated more titles and won more significant matches in a faster amount of time than any WWE Superstar. When he traded theater for legitimate combat, he won the UFC heavyweight title in his fourth professional fight by beating the seemingly un-beatable Randy Couture. When I broke down this match on the Bodyslam Podcast, I said I wouldn’t be surprised if Lesnar won which was the opposite opinion in the studio. I knew it was over when Undertaker was hit with a third F-5, Lesnar’s signature maneuver.

Instead of looking at the TV screen, I looked at my friends in the living room as the referee counted 1-2-3. The room was pin-drop silent, and my friend’s jaws were on the floor, which mirrored the fans inside the Superdome. The importance of the moment was brilliantly executed with the referee, ringside crew, commentators, and even the sound guy who delayed playing the victor’s music since he was in complete shock.

Hell, even Lesnar and Heyman couldn’t believe it. This loss may signal the end of The Undertaker’s legendary career. Along with Bret Hart, he is my favorite wrestler of all time. If this was his last match, I want to thank Mark Calaway for making me believe that a bad ass doesn’t have to be bad guy. 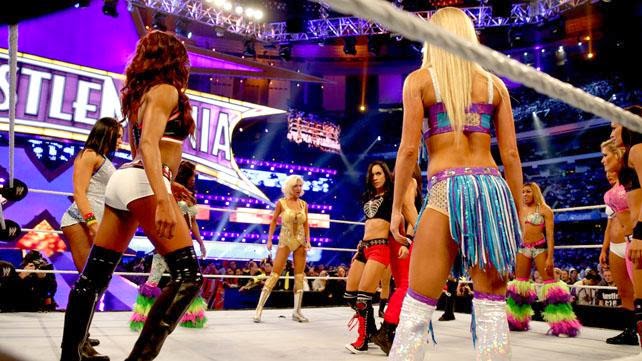 This was an all-out brawl with every Diva on the roster fighting it out for the title. There was a cool spot where seven Divas went for a pin attempt at the same time, only for the other seven Divas to kick out. The end came when AJ Lee applied the Black Widow submission on Naomi and forced her to tap out.

Mean Gene Okerlund interviewed Hulk Hogan and they were interrupted by Rowdy Roddy Piper and “Mr. Wonderful” Paul Orndorff. They made it look like they were going to attack the Hulkster until Mr. T came in to even the odds. This was a great segment that capitalized on the nostalgia of the first WrestleMania where these four headlined the show in a tag team match. Mean Gene played peacemaker and the Hall of Famers ended up shaking hands thus ending 30 years of animosity. 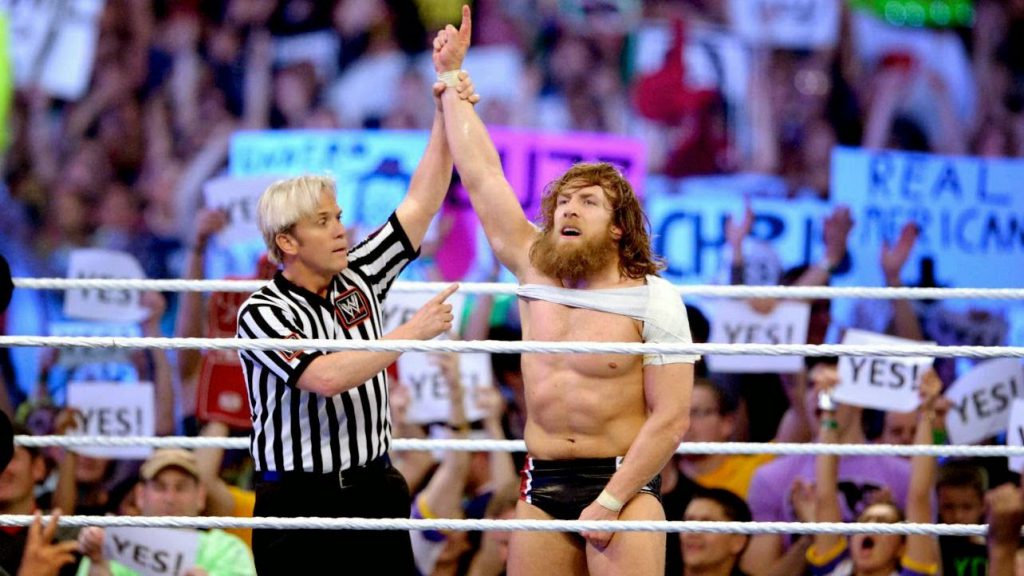 This was the perfect ending to a stellar show and any other outcome would have been ludicrous. Everyone was jonesing for Daniel Bryan to finally capture the title. Even though it was predictable, there were several key moments in the match that made you doubt if Bryan would get his happy ending. Triple H interfered and Batista and Orton hit a double team Batista Bomb and RKO through the announcer’s table. Bryan was carried out on a stretcher but found his way back into the match and made Batista tap out to the “YES Lock.” Confetti fell from the ceiling as Bryan held up his newly won title to a massive “YES” chant from the audience. 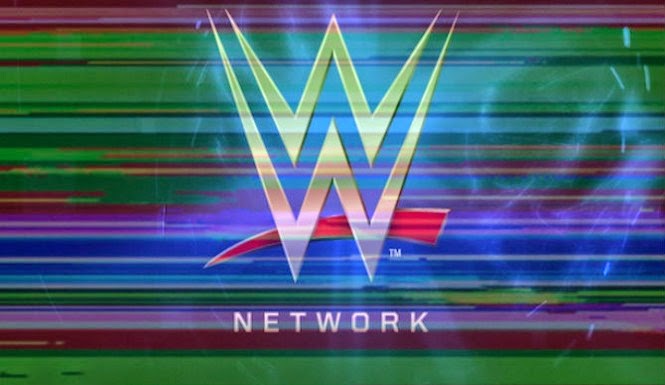 I watched this on the newly launched WWE Network and I only encounter three minor glitches that lasted for twenty seconds each. This is a wonderful time to be a wrestling fan and the success of the broadcast on the online digital service is a great sign of things to come.

For the first time, in a long time, I was completely blown away by a wrestling event. Many are calling this the greatest WrestleMania of all time and it’s hard to argue.

This was a WrestleMania for the fans, old and new alike and a phenomenal example of how amazing this business can be when the art of professional wrestling is done right.

Side note: Don’t forget to watch Monday Night Raw tonight. The post WrestleMania show is always the craziest episode of the year.

NBC Brings the Funny to SDCC

NBC is set to bring the laughs to the nerd herd at this year’s San Diego Comic-Con. This year, the net will host panels...

Tired of waiting hours to find out if your former-roommates cousin’s friend put you on a list for a Comic-Con industry bash? No worries....

Director Rachel Talalay has comes a long way from her start as John Waters production assistant on 1981’s Polyester. Fresh out of Yale, the...