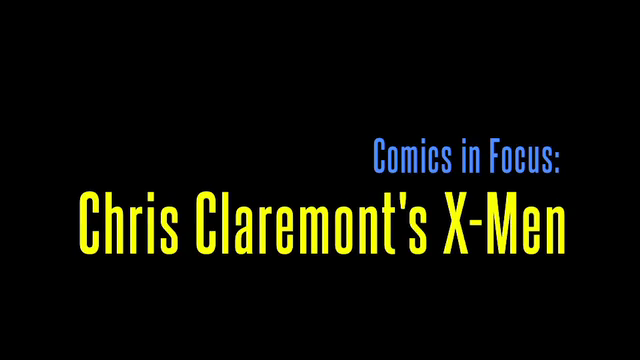 “To me, it’s all one story. Because life is a single story”

To prepare for the cross-time caper that is Bryan Singer’s X-Men: Days of Future Past, we were treated to a preview of Comics in Focus: Chris Claremont’s X-Men. The documentary produced by Patrick Meaney for Respect! Films and the Sequart Research & Literacy Organization includes  interviews with Chris Claremont, and other instrumental professionals involved in the Claremont Era of X-Men including Len Wein, Louise Simonson, Ann Nocenti and Jim Shooter.

After Stan and Jack’s X-Men run, Roy Thomas and Neal Adams attempted to revive the book before it devolved into reprints and remained a essentially a third tier book.  May 1975’s Giant Size X-Men #1 was the shot in the arm the series needed to continue to prosper.

Written by Len Wein and drawn by Dave Cockrum, the success of the book prompted a renewal of sorts with former Marvel intern Chris Claremont starting writing chores on the book in August of 1975.

The new international team of mutants would have their life stories told by Claremont, Cockrum, John Byrne and Terry Austin for years to come.

The success of the X-Men as well as the launch of Wolverine, Kitty Pryde & Wolverine, Excalibur, X-Factor, The New Mutants and countless solo X-Men adventures in the following years—plus the top selling comic of all time X-Men #1 drawn by Jim Lee—are all because of the man of the hour, Chris Claremont.

Claremont tells it like it is in his interview segments.

His approach to comic book storytelling is that he is a storyteller of people’s lives. These people happen to be superheroes.

By filtering the essence of Stan Lee’s Marvel initiative, to have grounded heroes with real-world problems to make the stories relatable, Claremont is able to present challenges to these teenagers and adults and have them make choices.

Sometimes, however, the choices might not be the best but the individuals and the team will adapt and learn consequences.

To echo another reviewer, this nearly forty minute documentary, peppered with some great cosplay of Wolverine, Storm and Phoenix actors for cutaways, is a must see for comic book fans, especially those as enthusiastic as FOG! fans. 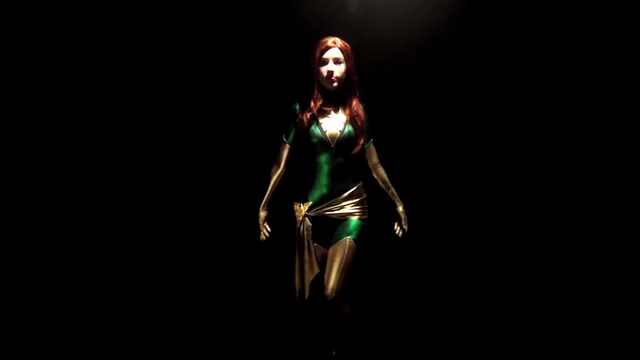 While speaking with Mr. Claremont about his new Nightcrawler book, I sensed his enthusiasm for working for Marvel with these characters under perpetual contract.

While, as is noted in the documentary, the end of his 16 year run didn’t go according to his plan after issue #3 of X-Men Vol. 2, his bond to the characters has not wavered and he still has more to say in the current Marvel status quo with the X-Men.

I am truly a sucker for behind the scenes of the comic industry info, especially when relating to comics I read growing up. The documentary has interviews with Marvel writers and editors Louise Simonson, Ann Nocenti and Chris Claremont presently talking about the old days in the Marvel Bullpen.

Sean Howe, author of Marvel Comics: The Untold Story offers some insight about editorial in those days as well. Not to be misrepresented, former Editors-In-Chief Len Wein and Jim Shooter appear to tell their side of such varied topics as the real origin of Wolverine to the death and resurrection of Phoenix.

Movie fans will rejoice as well, as Chris Claremont himself describes his real motivation for writing the two issue X-Men: Days of Future Past #141-142, now a major motion picture. 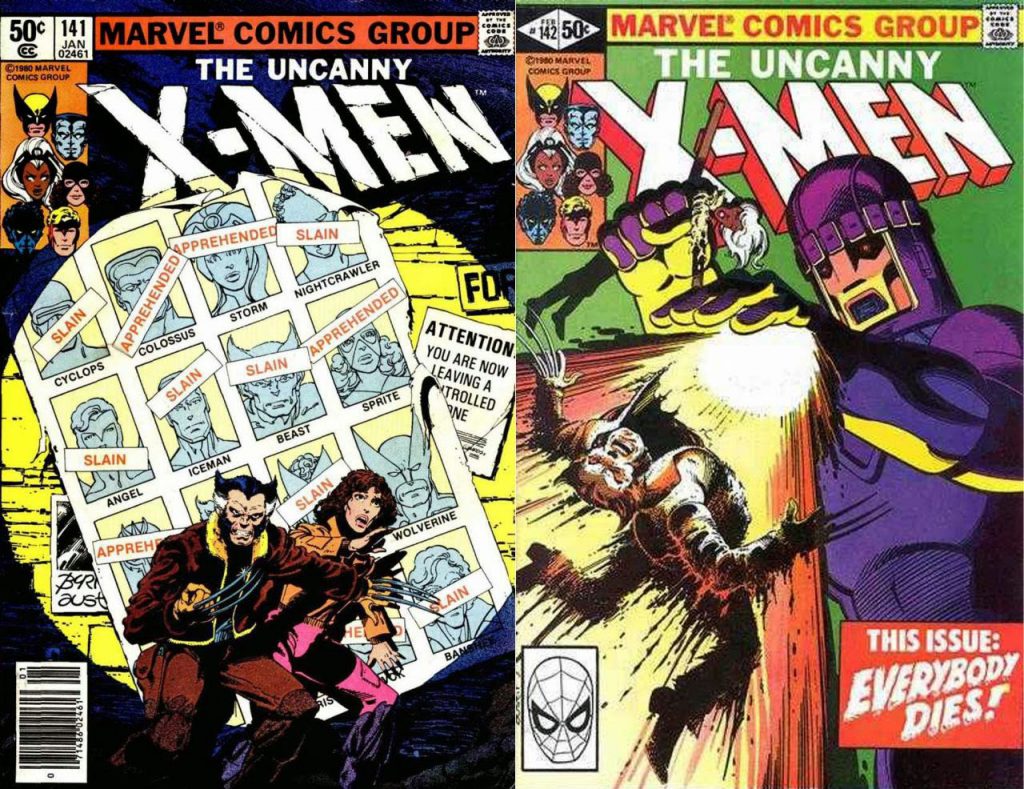 Excalibur was a regular spinner rack title for me when I wanted to branch out a bit and that book included another classic X-Men creator, Alan Davis on art. Louise and Chris go into the details of the X-Universe expansion, a failed X-Factor launch and retooling and how they sometimes clashed with higher ups, including Shooter. In the end, even as screaming matches were had in the Marvel Offices, fans are left with a body of work and classic stories that they can revisit for years.

To prime yourself for the movies this weekend, make a donation to the worthwhile efforts of SeqArt and get into the head of one of the masters of modern comics, Chris Claremont!

Comics in Focus: Chris Claremont’s X-Men is available for rent or download on Vimeo, and DVDs and “Ultimate” downloads are available exclusively at the Sequart store. 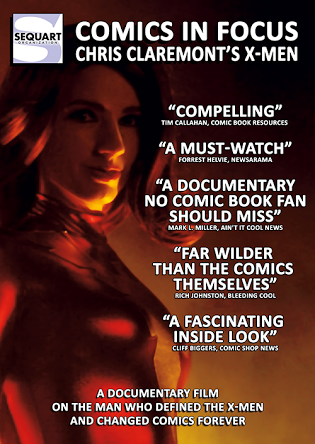