Dynamite Entertainment announced today their agreement to bring John Shaft into the Dynamite fold! The agreement covers not only original comics and graphic novels, but also new prose, and includes the right to re-print all existing Shaft novels.

John Shaft is a fictional character created by writer Ernest Tidyman. A tough, take no guff detective who composer/singer Isaac Hayes described him, in the Oscar-winning Theme from Shaft as: “the Black private dick that’s a sex machine to all the chicks.”

Most people are familiar with John Shaft via the movies, the original 1971 film, and it’s two sequels, all starring actor Richard Roundtree in the title role, which helped spawn the 70’s blaxploitation film movement, and make Shaft a household name. There was also a Shaft film in 2000 with Samuel L. Jackson reprising the role as Shaft’s nephew. 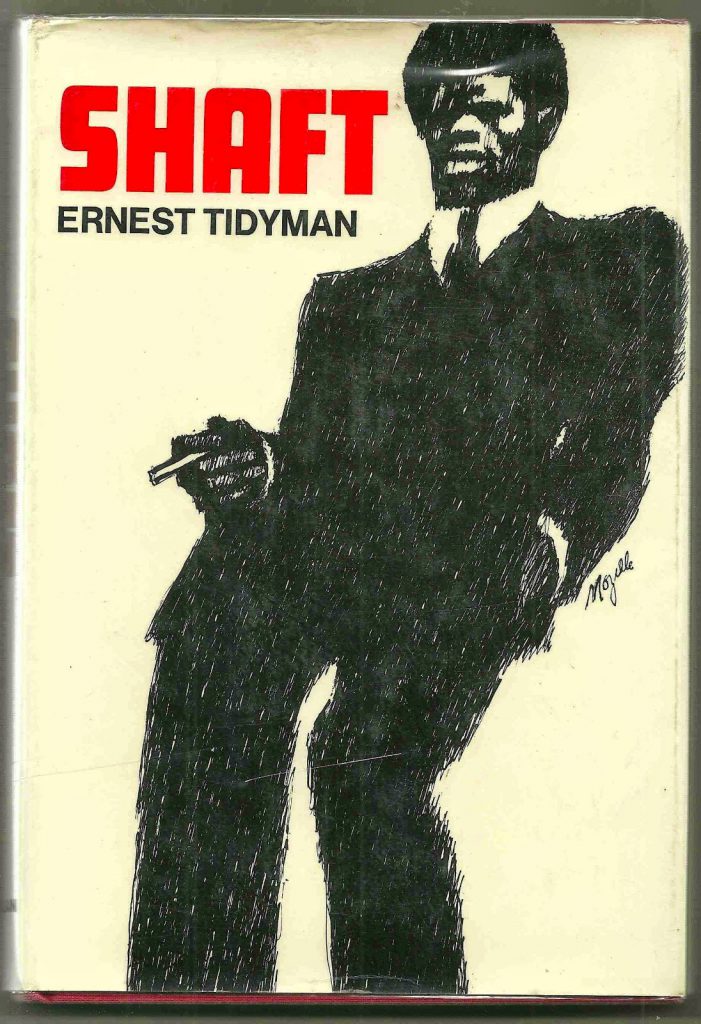 But between 1970 and 1975, Ernest Tidyman actually wrote seven Shaft novels:

These novels have long been out of print, and Dynamite intends to bring these back and make them available again. In addition, the new prose stories and Original Graphic Novels will be the first new Shaft stories, outside of the movie, since Tidyman’s passing. Further editorial plans for new comics and prose will be announced at a later date.

Ernest Tidyman was quoted on the origins of Shaft: “The idea came out of my awareness of both the social and literary situation in a changing city. There are winners, survivors & losers in the New York scheme of things. It was time for a black winner, whether he was a private detective or an obstetrician.”

Curtis Brown literary agent Steve Kasdin, who represents the Tidyman estate said: “The literary craftsmanship that built John Shaft sent him into the world fully formed and moving. You knew who and what he was from Jump Street. So much so that even a less than stellar sequel or two didn’t kill his standing. The consensus seemed to be: ‘Oh my

Lord, they done put poor Shaft in another bad movie.’ I’m thrilled with Dynamite’s vision for Shaft, and look forward to his new adventures.”

“John Shaft is an American Icon, with feature films starring Richard Roundtree and Samuel L. Jackson. Shaft has resonated in popular culture because he’s such a cool, compelling character. We couldn’t be more happy that we’re getting a chance to tell new stories in multiple mediums, with all new prose in addition to Original Graphic Novels, and create a publishing program that will bring Shaft back to the forefront of pop culture, where he belongs!” said Nick Barrucci, CEO/Publisher of Dynamite.