We’re still over a week away before Godzilla from Legendary Pictures and Warner Bros., arrives in theaters.  In order to quench your excitement,  tomorrow Legendary Comics is releasing into stores Godzilla: Awakening,  an 80-page story, set decades before the film, that is co-written by Max Borenstein (screenwriter of the new Godzilla) and Greg Borenstein

Delve into an incredible mystery, generations in the making. At the dawn of the atomic age, humanity awakens life forms beyond imagination, unleashing monumental forces of nature. This explosive, larger-than-life adventure is the perfect way for fans to glimpse the new Godzilla before seeing the film in theaters.

I had the chance to speak with graphic novel and co-writer Greg Borenstein about the book.

You’re background is actually in science, specifically computers and game design. What exactly do you do?

I’m a researcher at the MIT Media Lab in a group called Playful Systems. We invent new kinds of games and play experiences as well as figuring out ways to design delight into complex systems. To give a sense of what that means I’m currently working on three projects. I’m collaborating with a Chess Grandmaster to use algorithms to reinvent the experience of watching a high level chess match. The idea is to make it so that a novice can understand the drama and excitement that’s present in these matches but hidden by all the jargon and complexity of chess.

Also, I’m working on a location-specific virtual reality collaborative game inspired by William Gibson’s cyberpunk classic, Neuromancer. The game uses a special iPhone case that lets the phone stream 3D video from one player to another. Instead of using virtual reality to transport you to a different world, we use it to let you see through the eyes of another person. And finally I’m working with a board game designer on “The Future of the Board Game”. We’re trying to come up with novel ways to combine computers and traditional board games that mix the dynamic complexity of video games with the intimate social interactions of board and card games.

I also do some work in the area of “computer vision” — writing software that processes images to let computers “see” some of things that people can: detecting faces, tracking objects, understanding spaces, etc. Specifically, I wrote a computer vision library for Processing, a programming environment that’s used widely by teachers, artists, and designers. And, back in 2011, I wrote Making Things See: 3D vision with Kinect, Processing, Arduino, and MakerBot for O’Reilly Media, a book about how to use the Microsoft Kinect camera to make 3D scans and build interactive projects you can control with your body.

You co-wrote the graphic novel, Godzilla: Awakening, with your cousin (and the film’s screenwriter), Max Borenstein. How early on were you involved with the book and was the premise already in place or was that something that you developed with Max?

I was involved from the very beginning. When Max was asked to work on the graphic novel he immediately talked to me about it because he knew how much I loved comics. We were already collaborating on an original comic script together as well so were excited to work together. In chatting about it we quickly came up with basic premise of which characters it would cover and the time period. We grew up together very closely, almost as brothers, so collaborating comes really naturally.

The graphic novel hints that all of the Godzilla films actually took place within the continuity of the film. Do you have a favorite Godzilla movie and/or monster and why?

I love the original movie. For me, Godzilla is all about the combination of an exciting monster story (with the epic destruction we seem hard-wired to want to see) with more serious themes that emerge from the real world consequences and causes of that destruction. And, until now, I think the original movie is the incarnation that united those sides best. 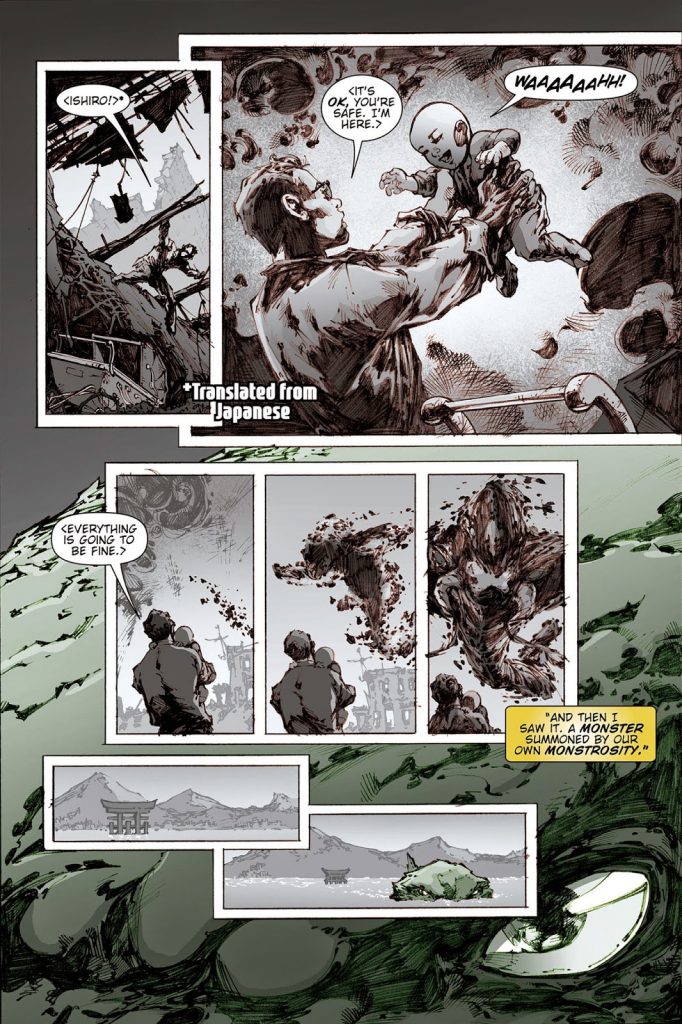 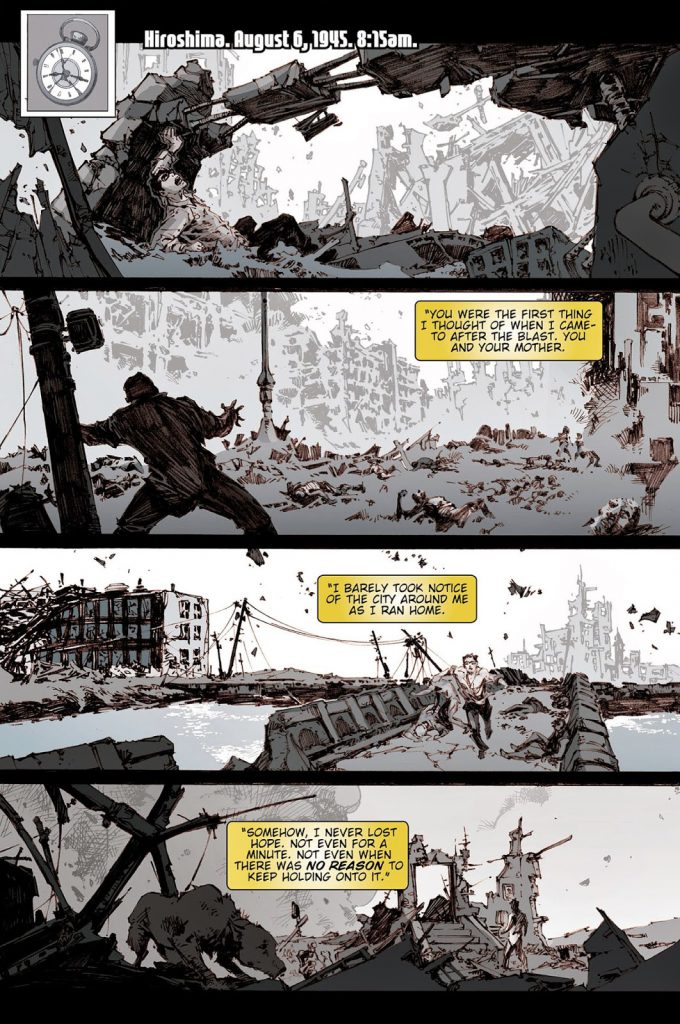 I noticed that you had a strip published on Warren Ellis’ blog. What are your favorite books/creators?

Yeah that was a big moment for me as Warren is someone I really look up to, particularly for creating books that explore rich science fiction ideas while still being wildly entertaining and accessible. Oh man, there’s so many books I love. My mom learned English from comics so I grew up with her stash of old Silver Age books: Jack Kirby-era Marvel, old Batman books, etc. And then I came of age with 90s X-Men: the Jim Lee and Scott Lobdell era.

As an adult, Alan Moore was the writer who brought me back into comics — I particularly love From Hell for its intricate writing, incredible atmosphere, and Eddy Campbell’s terrific art. Howard Chaykin is also one of my favorites from that era. American Flagg! is some of the best sci-fi comics: like Blade Runner meets pop art. Also, that book is an object lesson in what comics can do as a visual medium when graphic design and storytelling are deeply integrated.

I think we’re in a particularly amazing time for comics right now. There’s a bunch of people doing incredibly creative things in mainstream books. Two writers who I follow closely are Matt Fraction and Kieron Gillen. Fraction’s Hawkeye with David Aja and Gillen’s run on Young Avengers with Jamie McKelvie are some of my favorites. Gillen’s podcast, Decompressed, where he interviews comics creators was one of the things that really made me believe that making comics was something I could actually do. Nick Spencer is doing similarly great things with Superior Foes of Spider Man and Morning Glories. I was completely addicted to Joe Hill and Gabriel Rodriguez’s Locke and Key while that was running and I’m sad it’s over.

I’m also a big fan of Brandon Graham. I have an original page from Prophet (drawn by Simon Roy) framed on my wall and love King City. As far as slightly more out there stuff, two of my favorites right now are Toyokazu Matsunaga and Uno Moralez. Matsunaga’s Bakune Young is a manga about hyper-violent yakuza with a stylzied art style I can’t get enough of. Uno Moralez is primarily a web-based artist who makes surreal comics with a beautiful gothic black and white pixel art style and incorporates animated GIFs in a subtle, really intriguing way.

I could go on forever!

Did your science background bring anything to the GN that you didn’t expect in advance?

Well, working in science and technology means I want things to feel real. Obviously, it’s a story with fantastic elements, but I want there to be an explanation of how this could actually happen. I’m so used to seeing movies, TV shows, and comics include things like futuristic displays and gestural interfaces (where I’m actually somewhat of an expert) and watching them get it totally wrong! So I really didn’t want to do that. Even further, I know that the real scientific and technological possibilities are almost always weirder and more interesting than what you could just make up out of your imagination and can make your story better if you include them.

The interesting thing for me on this project was that a lot of the scientific issues are biological, which isn’t my area. But I do work in a building where people are building brain-computer interfaces, modifying DNA to store digital data, and controlling silk worms to construct buildings so I’m not totally illiterate and I knew who to ask for advice on where to learn more. I think that research and curiosity really paid off in some of the ideas that are in the book.

We already covered comics so let’s do games.

I’m playing a ton of DayZ. It’s a multiplayer online survival horror game. It’s super realistic: you spend a lot of time finding food and water and you need can openers and ways to purify water, which might sound boring but becomes surprisingly exciting when it’s do-or-die and there’s zombies after you. And the scariest thing in the game is the other people, not the zombies.

I’m also completely hooked on Dota 2. It’s such a deep game with a high skill ceiling. It’s so satisfying to finally get good enough to positively contribute to your team each game. I’m just getting into Spelunky, which I think is a great design where each element hooks into every other perfectly. I’m still pretty bad at it, but the random level generation keeps it from getting boring as you improve. I love Nidhogg — a fast-paced competitive indie sword fighting game that’s on Steam. I’ve been learning Netrunner, which is a competitive card game by the same guy who designed Magic: The Gathering. It’s super complicated to get into, but once you figure it out it has amazing moments where the whole match comes down to one big decision you make.

I also sneak in some rounds of Luftrausers, a WWI-style fighter pilot game by Vlambeer. It’s like an old school arcade game, but even more refined and boiled down. 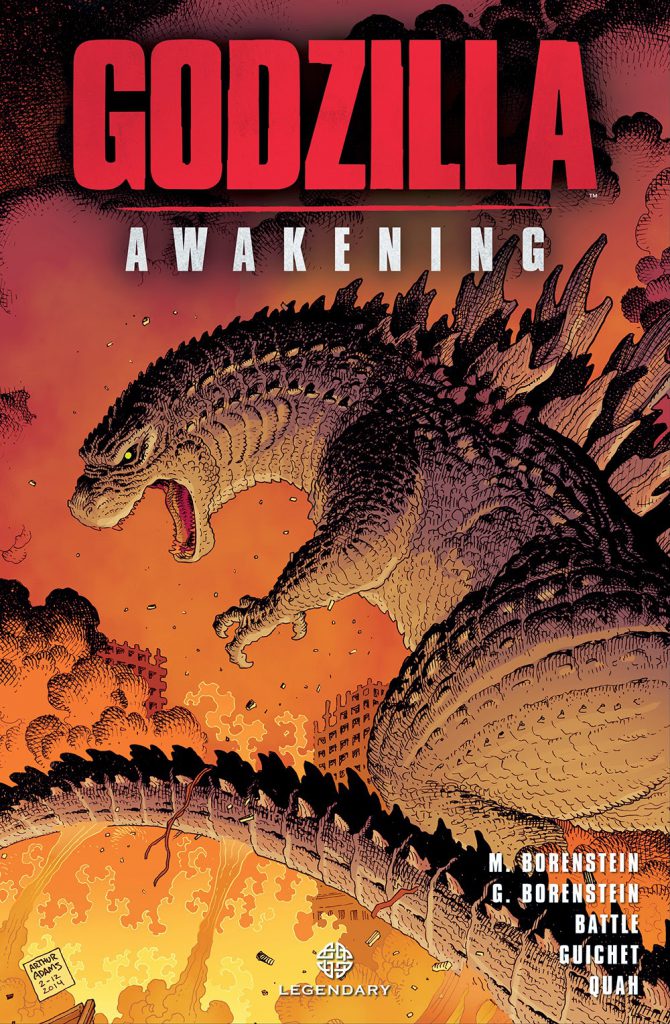