When I was a little girl, I was fascinated by all things odd, schmaltzy, and out there.

Specifically, women in horror have one of two options: to succeed or perish.

To conquer a situation that no one else would be able to escape from? Well, that’s wildly inspiring.

And if they don’t prevail? A message of warning to perhaps avoid going out into those dark woods without a flashlight.

Ordinarily, women tend to get the short end of the stick in horror films. 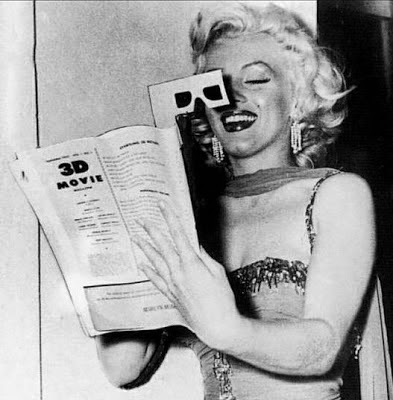 We get murdered, maimed, stalked, you name it. Kind of a crap deal, if you ask me. However, out of this madness we’ve been given some truly unique, stimulating, and intelligent characters. Some that we treasure for their courage, some for their gall.

Here I’ve compiled some of my favorite women in horror, those that have had the largest impact on me for the longest time.

We know horror would be a bland, boring place without women, so, praise be to Baphomet for those two X chromosomes!

For having such a short amount of screen time, Ms. Argentina is still an iconic horror character to this day. Funny, quippy, gorgeous, and macabre. What else can you ask for?

She fits the horror-genre “it girl” to a T.

As the receptionist for the Netherworld, she lackadaisically keeps the status quo. She’s essentially the living dead, but instead of mumbling and grumbling, she’s eloquent and snappy.

Wouldn’t you be annoyed if you were doomed to be a public servant for all of eternity?

I’ve always been fascinated by films where we as the audience aren’t sure if the protagonist is really being plotted against or if they’ve finally just cracked. In poor Rosemary’s case, she’s made to believe she’s really lost it.

However, the poor lass has not only had her family torn apart, she’s also been raped and impregnated by Satan.

One of the more compelling attributes of Rosemary is that she fights so hard for this child and when he’s inevitably stripped from her she, albeit reluctantly, accepts it as her own. Regardless of the fact that he’s pretty much Satan part deux.

Talk about being dealt a bad hand.

An American dancer, Suzy, finds herself in a bad way at a dance academy overseas.

When she arrives on a stormy night, Suzy witnesses a woman fleeing the academy just before she turns up murdered. Being the inquisitive patriot that she is, Suzy does a little recon to find out what caused this poor girls death. Turns out this academy is just a thinly veiled coven of awful witches.

And by golly, do they want that nosy girl dead!

Suzy is a wonderful lead, sometimes a little too damsel in distress-like, but always questioning and pursuing the truth. She proves that you don’t have to be pushy to be a strong individual.

I find that to be a most admirable quality not only in film, but also off the screen.

In addition to everyone else in the film, Ash’s love, Linda, is taken a hold of by a demon.

In her case, it’s a maniacal, ghoulish demon. She continually berates him and mocks his pathetic existence. My personal favie is when Ash carries her outside to bury her alive, drops her on the ground and she just laughs and writhes in the leaves. It’s very jarring to say the least.

Linda is remarkable because when said demon supposedly leaves her body, she weeps and calls out to Ash.

I love that her character has a very distinct two-faced personality.

One that needs Ash… and one that just needs him dead!

Do we perhaps see a trend?

Here again, we have a woman who is constantly being challenged psychologically as to whether or not she’s actually going postal. No one will believe that she is being tortured by a haunting presence and being interminably pulled towards a ghostly pavilion.

I’m definitely attracted to this sub-genre of film because I love to see how characters overcome, or in this case succumb, to the pitfalls of psychological horror.

Director Herk Harvey plays “the Man” who incessantly follows and commands Mary, just by his gaze, to become a participant in the darker side of this world.

The film itself is not only enthralling, but is also a pretty loud social commentary about women, their psyches, and how they were treated in the turbulent 1960s. Portions of it hold true to this day, especially her being the clear outcast for choosing to be single in a matrimonial world.

Also, being a ghost yourself is no easy chore. I hear being dead’s never been so difficult.

Although Julia was in the first Hellraiser, she’s resurrected in the second of this sweeping franchise.

And surprise, she’s back with a literal vengeance.

If you thought she was awful and vindictive before, whoo-ee, just you wait. Oh, and Julia’s far juicier and gnarlier. Few sequels stand up to their predecessors, but this flick is and always has been a welcome sequel, with much thanks to Julia, no doubt. She turns on everyone, even so far as to include her beloved Frank.

No one is safe. The only thing this motherly figure nurtures is evil!

Tortured for her mother’s past, Betty is stalked by a masked man who forces her to watch her colleagues murders.

Eventually, her own life is put on the line and she must fool him into believing she loves him in order to save her own hide. Betty is ultra skittish and her mannerisms sometimes remind me of Lucky McKee’s May.

Although confident in her operatic singing abilities, she lacks security as well as confidence in taking care of herself. She’s almost childlike in some instances. She ultimately seeks protection in the arms of the man who wishes her the most harm.

In this sense, Betty almost serves as a modern day Red Riding Hood.

She goes a little crazy at the end of the film, but I suppose we all go a little mad sometimes…

How many actresses get to play more than one role in a movie?

Let alone one where she fulfills both the grody gore and sexy time criteria.

A (short lived) grieving widow, She finds herself at the cemetery where her husband has been laid to rest for only two weeks time. She meets the handsome caretaker, Francesco Dellamorte, and falls deeply in love with him. While visiting the cemetery, She’s bitten by a resident zombie; her own husband.

Assumed dead, she comes back to life again, but this time She finds herself on the wrong end of the caretaker’s gun and he’s a just a little trigger happy.

Love lost… or is it?

She is reincarnated multiple times, each time finding and plaguing Francesco. She is a truly multifaceted character. Unassuming, kniving, charming, brash, attractive, and frightening.

She truly can and does it all.

Although women tend to get killed more often than not in horror films, there are those that overcome, question reality, and sometimes even the ones who become and embrace the villain within themselves.

Perhaps because these instances are more of a rarity, they carry much more weight in their importance.

I can confidently say that these women always have and always will hold a firm place in my head, my heart, and the annals of horror.