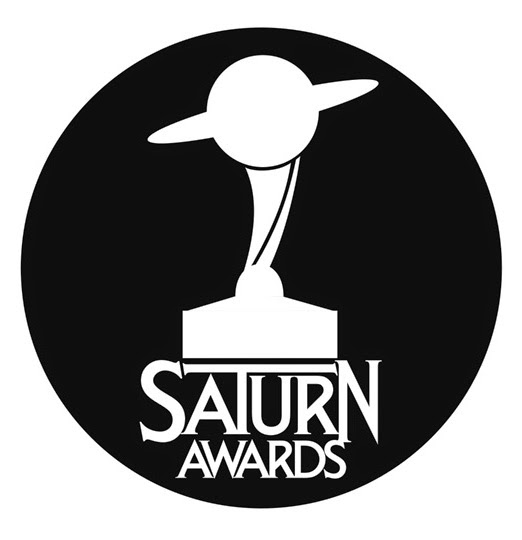 The Academy of Science Fiction, Fantasy and Horror Films announced several special awards which will be presented at this year’s 40th Annual Saturn Awards, which celebrates the best in genre entertainment.

Receiving the Dan Curtis Legacy Award will be writer/producer BRYAN FULLER. Actor MALCOLM McDOWELL will be receiving the Life Career Award. Special Make-Up Effects Creator GREGORY NICOTERO will be honored with the George Pal Memorial Award and author MARC CUSHMAN has been chosen to receive the Special Recognition Award for his recent book publications on Star Trek.

BRYAN FULLER, is the developer and one of the Executive Producers and writers of NBC’s acclaimed series “Hannibal”. He has also created and developed several other television series, “Wonderfalls”, “Dead Like Me”, and “Pushing Daisies”, as well as writing individual episodes for these series. Fuller has also scripted episodes of several television shows including “Heroes”, “Star Trek: Voyager”, and “Star Trek: Deep Space Nine”. He also wrote the television special, “Mockingbird Lane” in 2012. He will be presented with the DAN CURTIS LEGACY AWARD which is annually presented in honor of legendary Producer and Director Dan Curtis (“Dark Shadows” and “The Night Stalker”).

Acclaimed actor MALCOLM MCDOWELL will be presented with the LIFE CAREER AWARD. This versatile and charismatic performer has chilled and thrilled audiences for decades in a multitude of diverse roles; from Stanley Kubrick’s landmark dystopian sci-fi thriller “A Clockwork Orange,” “O Lucky Man,” “Royal Flash,” Paul Schrader’s “Cat People,” and “Star Trek: Generations” to his role as H.G. Wells in “Time After Time.” Television fans have also come to know him for his memorable appearances on NBC’s “Heroes,” TNT’s Franklin & Bash, and CBS’ The Mentalist.

Special Makeup FX master GREGORY NICOTERO will receive the GEORGE PAL MEMORIAL AWARD. As co-founder of K.N.B. Effects Group, Greg’s work has frightened and delighted audiences in over 400 films and television projects including “Day of the Dead,” “From Dusk Till Dawn” “The Green Mile,” “Kill Bill, Volume 1 & 2” and “Oz the Great and Powerful,”. Nicotero has added to his resume the titles of Executive Producer and Director on episodes of AMC’s acclaimed Saturn-winning series “The Walking Dead”. This award is named after visionary filmmaker, George Pal, who mesmerized us in producing and/or directing such iconic classic films such as “War of the Worlds”, “When Worlds Collide”, and “The Time Machine”.

Author MARC CUSHMAN has been chosen to receive the SPECIAL RECOGNITION AWARD for his recent books These are the Voyages: TOS: Season One and These are the Voyage: TOS: Season Two which are published by Jacobs Brown Press. These books detail the making of the original Star Trek series and cover the making and development of each episode. This project took six years of research to complete. The first book was printed at 600 pages and the second one was published at 688 pages. The third book (Season 3) will be published later this year. This is one of the great achievements of 2013/2014 in literature.

All special award recipients are confirmed to attend The 40th Annual Saturn Awards and accept their honors on stage.

The Academy of Science Fiction, Fantasy and Horror Films is a non-profit organization founded in 1972 by film historian Dr. Donald A. Reed to honor and recognize genre entertainment. Robert Holguin is the current President of the 42 year old non-profit Academy. The Saturn Award is highly regarded and respected by ground-breaking visionaries who work in the film and television industry including James Cameron, George Lucas, J.J. Abrams, Dean Devlin, Guillermo del Toro, Peter Jackson, Kevin Feige, and Steven Spielberg.

This year’s 40th Annual Saturn Awards will take place at the Castaway Starlight Ballroom on June 26. For a complete list of this year’s nominations, please visit our website: www.saturnawards.org.