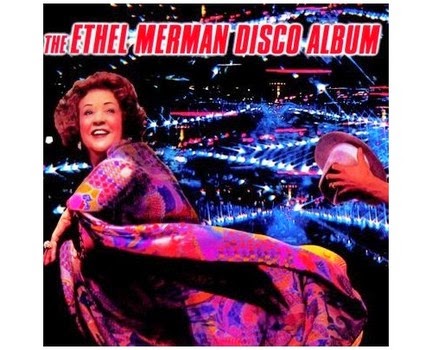 Disco did a lot of weird things to people in the 70s (the least of all revolved around men paying good money for Jew ‘Fros) but nothing seemed to indicate that the world as we knew it jumped the shark more than Broadway legend Ethel Merman releasing a disco album filled with songs that were in no way disco-related (seriously, There’s No Business Like Show Business was one of her “Disco Picks”).

Granted, most of these songs just had Disco beats attached to them in post production and weren’t really intended to be true disco tunes, but the bizarre nature of this album pretty much helped to kill a musical genre that thankfully didn’t last very long anyway.

After the break is a couple of Ms. Merman’s Disco tunes that will surely be eye-opening…I’d tell you to enjoy it, but we both know that would be a lie.

Back in the glory days of Saturday morning cartoons, there was a wide berth as to what can be made into a cartoon. Movies,...

Groovy is the new…well… groovy book from TwoMorrows about hip and psychedelic pop culture in the flower power era of the late ‘60s and...