If you were in grade school in the ’60s or ’70s, you’ll probably remember these classroom staples that were shown in millions of classrooms on film day.

A lot of the educational movies were, I’m sure, as hokey as the ones that are lampooned on The Simpsons.” (“Come back, Zinc!”) 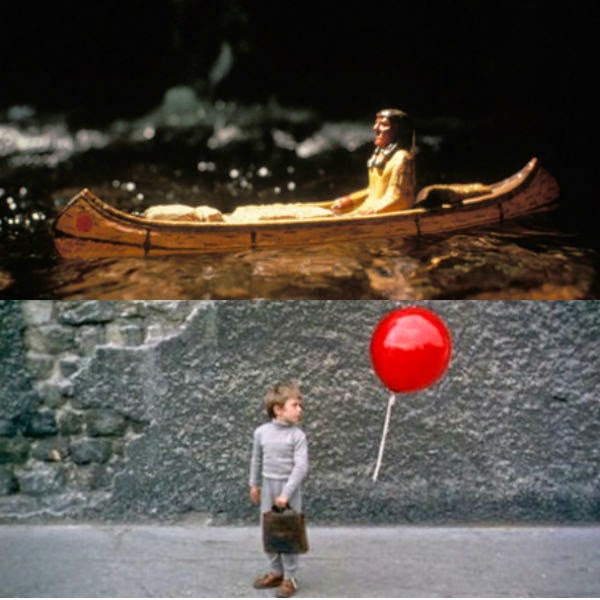 I know I sat through my share of forgettable movies but here are three that made a big impression.

So much so that I’m surprised how well I remembered them all these years later when I found them again on YouTube.

Beach: A River of Sand

This 1965 educational film about how beaches are formed no doubt helped shape future generations of scientists and whet our appetite for shows like “How It’s Made” and “Mythbusters” and spending countless hours watching the Discovery channel. At 5:57 in the film, they break out the miniature lab models. Even before my rewatch for this article, I remembered these models showing how the winter waves gouge away the sand while the summer waves leave more sand than they take. Bonus: The folksy narration and the vintage bathing suits on view from people enjoying the beach.

Paddle to the Sea

This classic film about a little wooden carving of an Indian in a canoe that travels thousands of miles was first an award-winning children’s book, written and illustrated by Holling C. Holling in 1941. It was made into a film in 1966 by the National Board of Canada and received an Oscar nomination. “Paddle to the Sea,” not only taught us geography, but a sense of adventure and, you could argue, craftsmanship, perseverance and a sense of something beyond themselves. Those who found the carving read and followed the message to put it back in the water. This wasn’t a prize to keep, but an object with a destiny.

As a fan on YouTube wrote, “Very few things stick in my mind from my schooling, and yet for many decades I’ve said, ‘I am Paddle to the Sea. Please put me back in the water.'”

A beautiful, nearly wordless 1956 French film about a red balloon that almost seems alive. It appears to a young boy (Pascal Lamorisse, the filmmaker’s son) and begins to follow him, even waiting for him until he gets out of school. It won an Oscar for Best Original Screenplay and numerous other awards.

Pascal, who’s now in his ’60s and did a short NPR interview in 2007 when the film was released on DVD and rereleased in theaters.

He told NPR, “My father was a dreamer. He thought of a better world. He would tell us a story a day, so we’re spoiled.” He concludes, “The red balloon was my friend. He was a real character with a spirit of his own.”

During the interview, he said he’d been working on a sequel to The Red Balloon, but he apparently hasn’t filmed it yet.