Here in 2014, comic fans are pretty used to controversy.

Between message boards, indigent bloggers and even publishers looking to stir up interest, it seems controversy and super hero comics go hand in hand. Controversy happens, we get riled up for a few minutes and then we (hopefully) move on.

Back in 1994, controversy got out hand and for the first time as a comic fan, I was terrified of my very own people.

Yep. I’m talking, of course, about the fall of Green Lantern Hal Jordan and the rise of Hal’s Emerald Advancement (Formally “Attack”) Team.

Quick rundown of a little story called Emerald Twilight: Coast City, home town of longtime Green Lantern Hal Jordan is destroyed by an alien, Jordan tries to use the ring to bring it back, the Guardians try to punish him for using the ring for personal gain, Jordan snaps, destroys the Green Lantern Corps, absorbs the battery and becomes the big bad of the DCU. 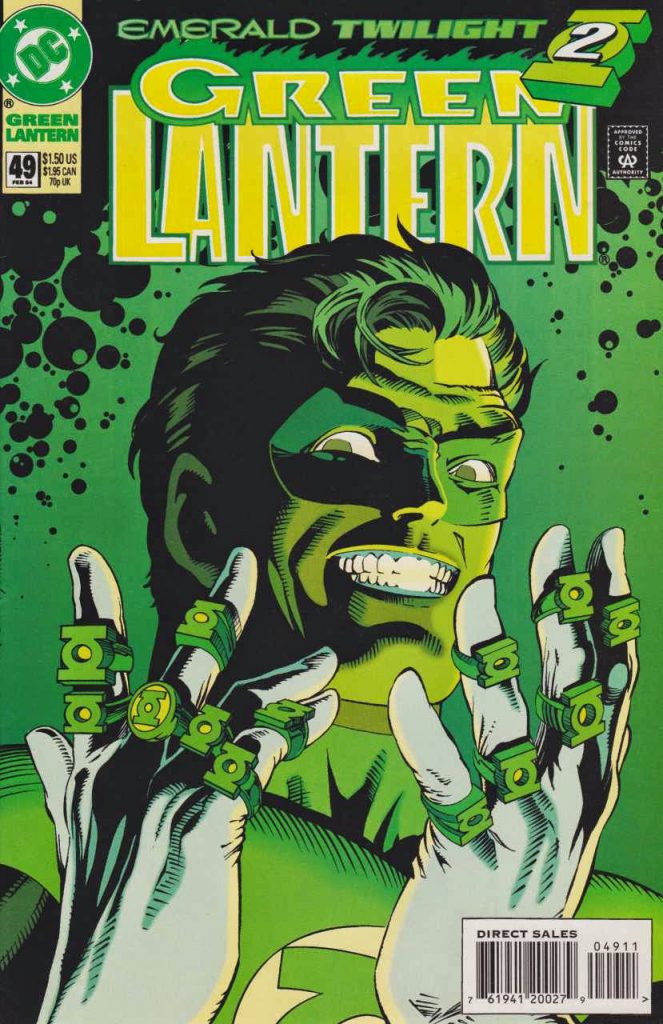 Shit like this happened all the time. Only this time a lot of people got bent out of shape. And not just regular “they done my character wrong” kinda shape, but the kinda shape usually reserved for war crimes and general mass human atrocities.

I was a sophomore in high school and I had just gotten really heavily into the DCU. And, surprise, my favorite character was Hal “Green Lantern” Jordan. I had gotten into the character via Gerard Jones’ Emerald Dawn series. I thought it was cool and liked that guy Hal Jordan. I then ventured into his main series, thought the grey streaks in his hair were cool and stuck around for the series.

Then Reign of the Supermen happened which culminated in the destruction of Coast City which in turn culminated with the Hal’s descent into madness. Yes. It pissed me off right proper. 15-year-old me was all like, “what the Hell?! Hal Jordan was the man? Screw you, DC!”

In a normal world that would have been that. I would have bought Green Lantern issue 51 and not been ashamed of actually digging the hell out of Kyle Rayner. But this wasn’t a normal world. This was a world with something new called… The Internet. 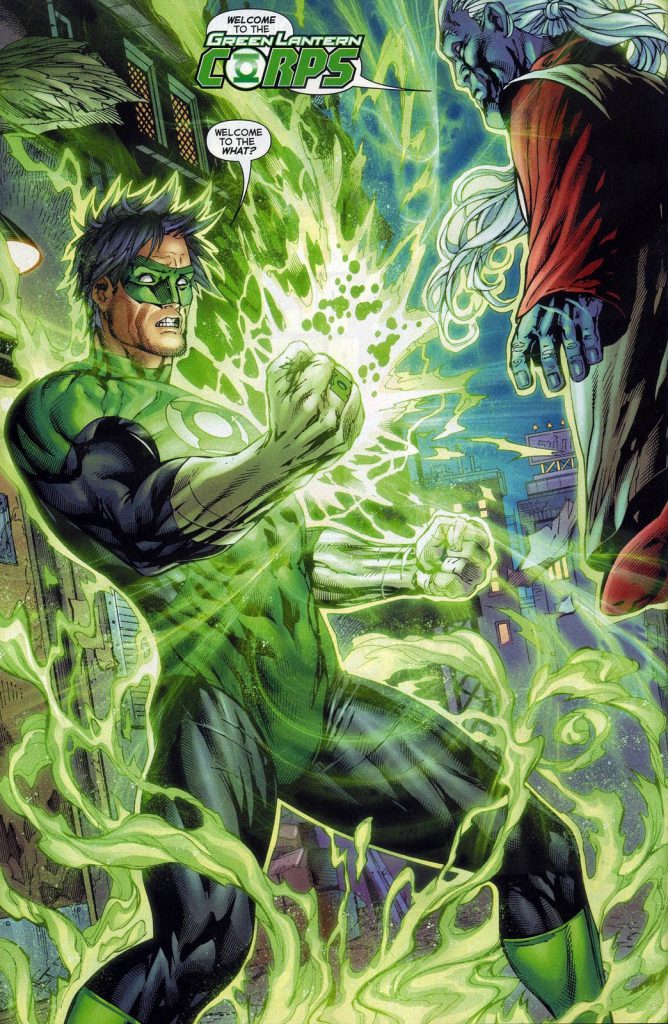 My family had a Prodigy account (look it up, kids) and all the comic chat rooms (look it up, kids), were on fire with “Hal got done dirty” talk. These chat rooms weren’t just a place for fans to bitch, though. Oh, no. They were an echo chamber. And it wasn’t just Prodigy. It was all over the Internet.

On newsgroups, GeoCities sites, AOL rooms, CompuServe (seriously, all things in the 90s), everywhere. Fans were angry and they were connecting with other fans who were even angrier and they were making fans who weren’t angry but just kind of miffed really, really angry. Like-minded people were finding each other online and then going to find even more like-minded people.

Then those “like-minded people” went fucking insane. At least, some of them did. They started sending death threats to DC writers and editors. It was like religious fundamentalists had invaded comics and brought their own special brand of hate with them.

At that point, I threw my hands in the air and embraced Kyle Rayner. Like I said, I actually liked him a lot and, more importantly, I liked the stories writer Ron Marz was telling a lot more than the ones Gerard Jones had been producing.

Then H.E.A.T. showed up, and it was like watching that metaphorical train wreck. At first it stood for “Hal’s Emerald Attack Team” but then everyone agreed that sounded eerily like a terrorist organization. So it was then changed to “Hal’s Emerald Advancement Team”.

Here’s the thing to know before going any further; H.E.A.T.’s intentions were good. They really were. From their website (which is still up, by the way):

But here’s the thing. H.E.A.T., at least to me, was doing fandom all wrong. They were taking the fun out of it. 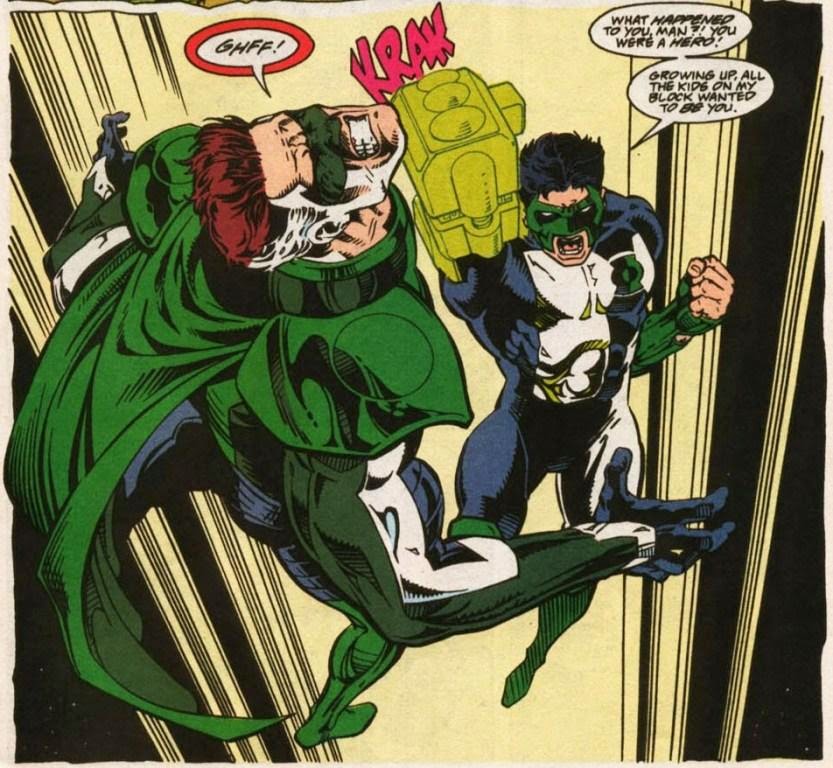 By 1997, I was 18-years-old and starting college.  As a fan, sure, I missed new Hal Jordan stories, and from time to time, would join in conversations at the local comic shop about why DC needed to bring the character back as a hero.

But I was also still enjoying Kyle Rayner stories.

Did I think Hal was mishandled?

Sure I did, but I also though Parallax had the potential to be the DCU’s Magneto, the kind of character who means well but whose actual means are evil.  Oh, and I also had things to do beyond losing sleep over a fictional character.   I was in college, after all.

Meanwhile, H.E.A.T. took out a full-page ad in Wizard Magazine. This was subsequently dismissed by DC editorial and mocked by the very magazine that was paid $3,500 to run the ad. The ad read:

“Restore the Majesty. Return to the Mythology. Support the rebirth of Hal Jordan and the Green Lantern Corps, in coexistence with Kyle Rayner, by joining the more than 500 people who have signed the GLC petition…”

I think that’s when I realized, when it comes to corporate intellectual properties, if you don’t like it, walk away. I mean, there I was, a guy who wanted to see the return of the character the ad referenced and all I could do was roll my eyes. To me at least, it was created and funded by people who were very clearly not enjoying comics, or at least this one comic.

Ever since that ad, I’ve never shied away from leaving a comic I didn’t like behind. If I find no joy, then I don’t give it my money. Yes, the fall of Hal Jordan was my first major comics shit storm, and perhaps the greatest one of all, but it was also the one I learned the most from. 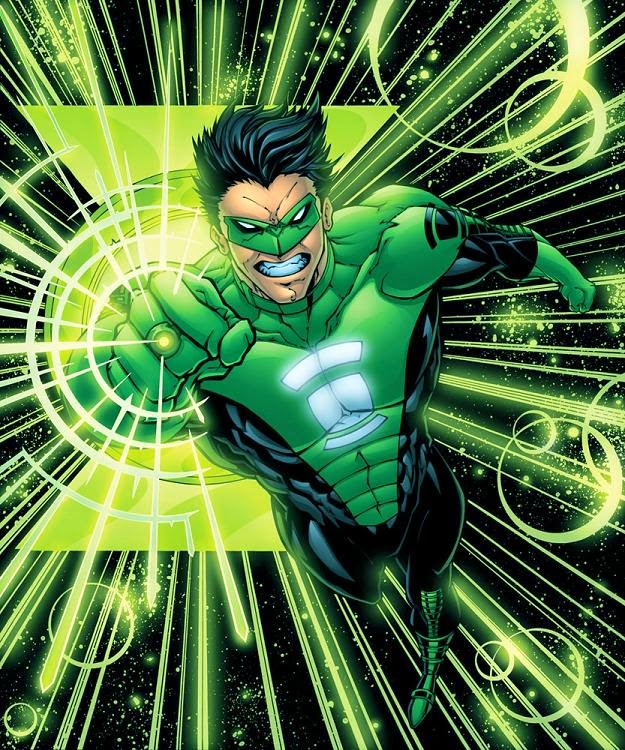