James Tynion IV has been writing Bat-family stories since The New 52 launched but has also been carving a niche for himself in digital comics over at the new Thrillbent app with The Eighth Seal and today’s The House in the Wall Chapter #1. In this Point of Origin column, we’ll take a peak at issue #1, available today with the $3.99 Thrillbent app subscription only.

The House In The Wall bridges the mindscape with reality, merges the dreamworld with our own and promises some scary goons down the line. 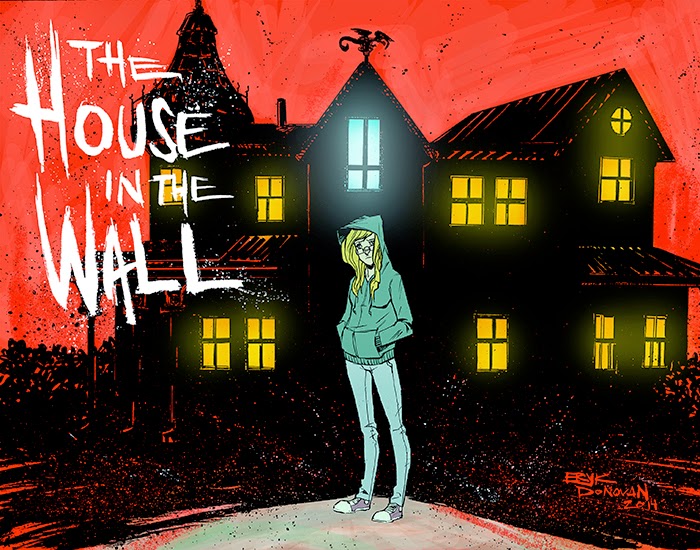 Tynion shares writing credit with Noah J Yuenkel and art is by Super Mario Bros. 2 – (the official sequel to SMB!) webcomic artist Eryk Donovan. Eryk explains on his Facebook page that he appreciates the ability to use panel layers as a new storytelling tool as panels change by touch. His artwork is still created the old fashioned way — portrait, pencils, ink and paper. He seems to be enjoying the experiment and for a first-timer I would say his experiments are right on target to maximizing the landscape digital comics format. 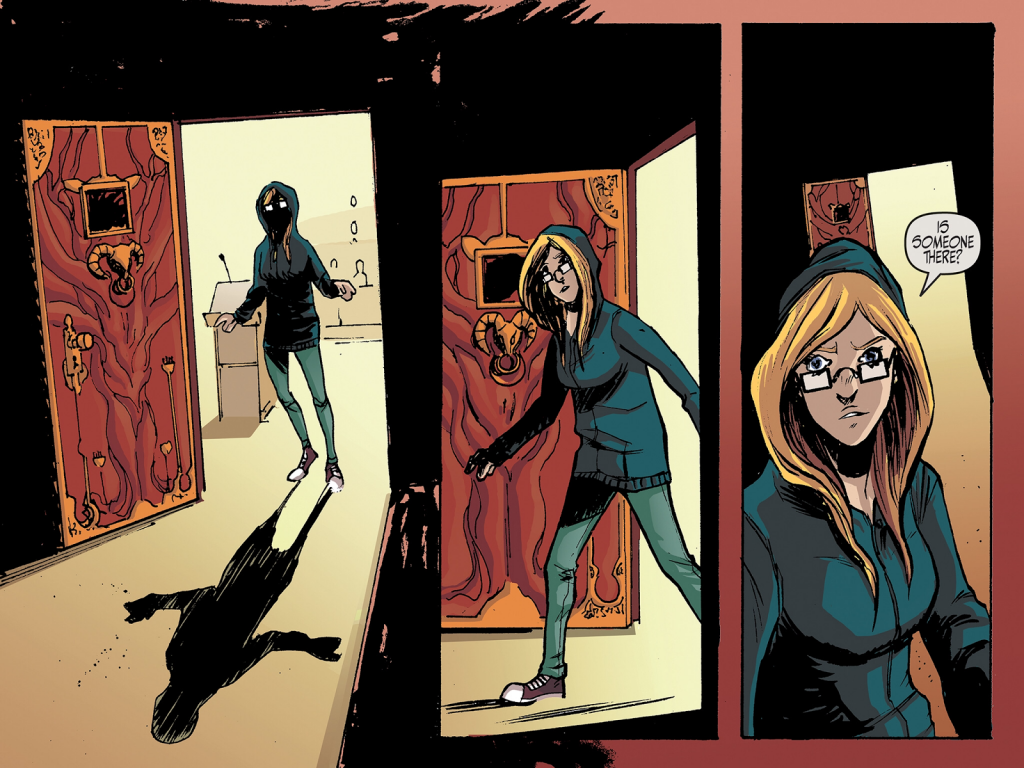 I’ve enjoyed Tynion’s work as co-writer with Scott Snyder on Batman, Talon, and most recently on Batman: Eternal. The House In The Wall gets to take the story where he was trying to take Bruce and Superman in the memorable back up for Batman #20. That story had World’s Finest fighting will o’ the wisp in a creepy, supernatural tale.

The House In The Wall is pitched as a horror story and in the first chapter, the monsters appear in the dream realm. 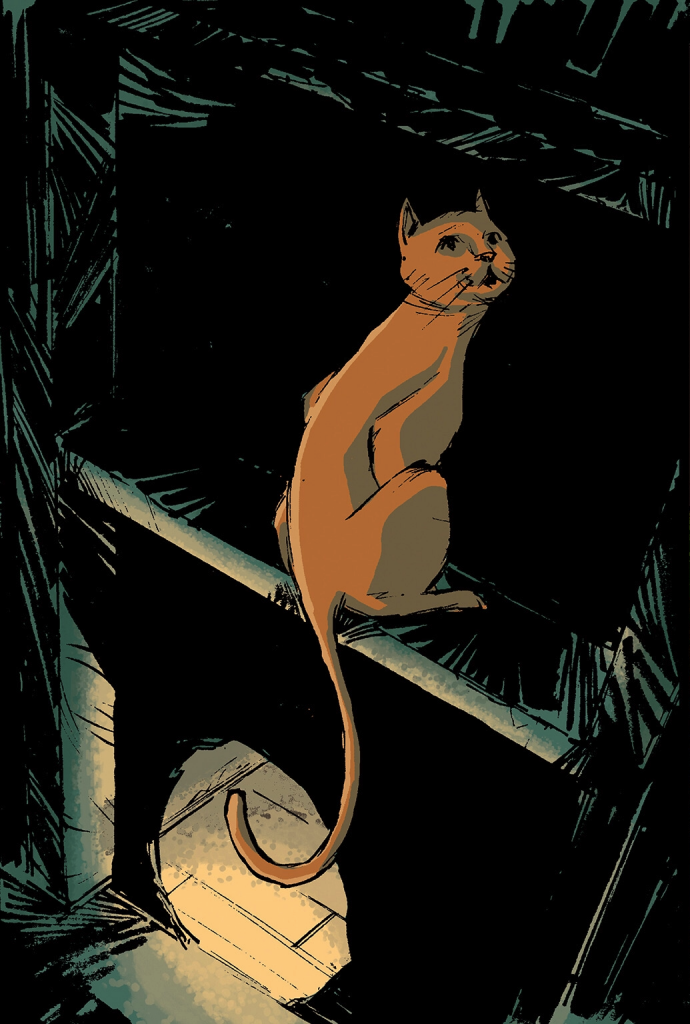 Our heroine Ariel Carpenter is having one of those dreams where you are in class but it is hard to pay attention. Then she realizes that all of her classmates are faceless entities ala Pink Floyd’s The Wall. The professor spouting nonsense is actually a door into a house of Dreaming.

She enters to find a girl crying and after the appearance of a terrible monster, Ariel wakes up suddenly.

In the real world, her boyfriend has left her a croissant that the cat is trying to eat and the landlord stops by to harass her.

By the look on the cat’s face in the last pages, it seems as if the dream world is creeping into reality.

The next chapters will reveal more about this but as a first digital issue the job is done!

In two weeks from the debut, we can expect issue two on the Thrillbent app. The subscription model is totally worth the price of admission for my money, with new and old content living there for the price of one comic a month you get the whole Thrillbent catalog.

The House In The Wall is a comic I’m going to continue reading and in case you’ve missed my suggestions in the past, my favorite stories in the app are The Endling, The Damnation of Charlie Wormwood, Moth City, Empire, and Insufferable. The last two are Thrillbent founder Mark Waid’s books, so expect to see him publishing more to the app consistently. 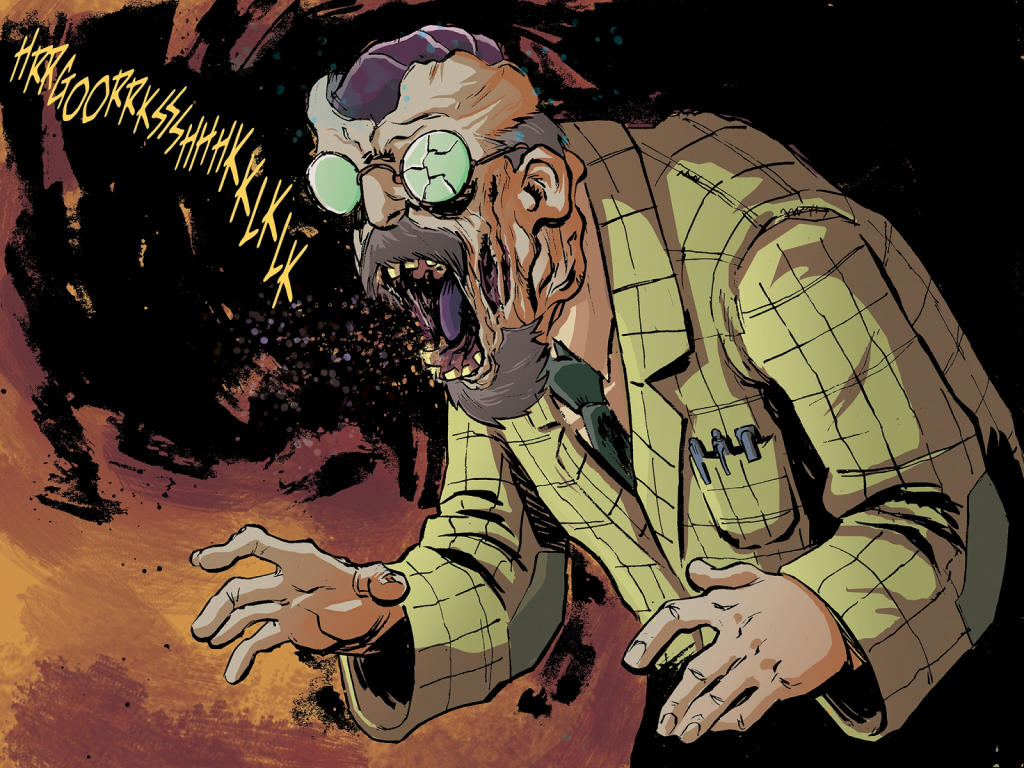