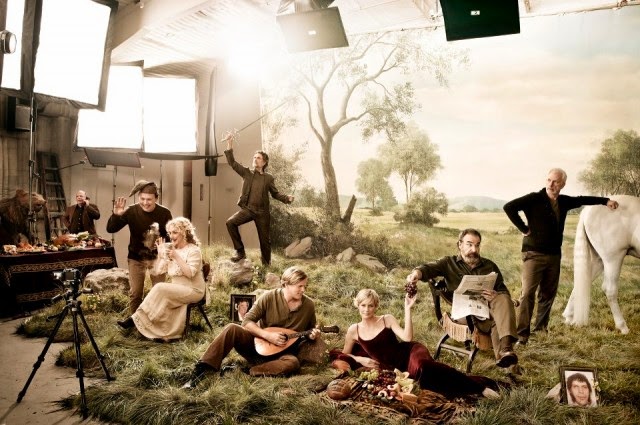 If there is one movie that epitomizes what Hollywood should be it’s The Princess Bride. And if you’ve seen the film you know what I’m saying is true. A perfect story line, acting that doesn’t falter, plus all the sword fighting, witty quips and, of course, the kissing…oh the kissing.

Dear god, it’s simply the most awesome film ever made.

And since I am a complete TPB junkie whose life’s purpose is to make sure everyone knows about this movie (and you’d be surprised to learn that a majority of the younger generation doesn’t) here’s a glimpse behind the movie via Cary Elwes’ video diary. Filled with interesting stories about the making of the film as well as a few about the cast and crew (like how Andre the Giant was driven to school be Samuel Beckett), it’s truly a cool little ode to a world that brought the viewing public joy (not to mention a scorching crush on Westley that my generation- I’m part of the X- shared until Lloyd Dobler came around).

Of course, if watching the video after the break makes you thirsty for more TPB, don’t worry, Cary Elwes will be releasing a book, As You Wish: Inconceivable Tales From the Making of The Princess Bride, in October. So if you can hang on until then, everything will be okay.

Westley’s video diary after the break.