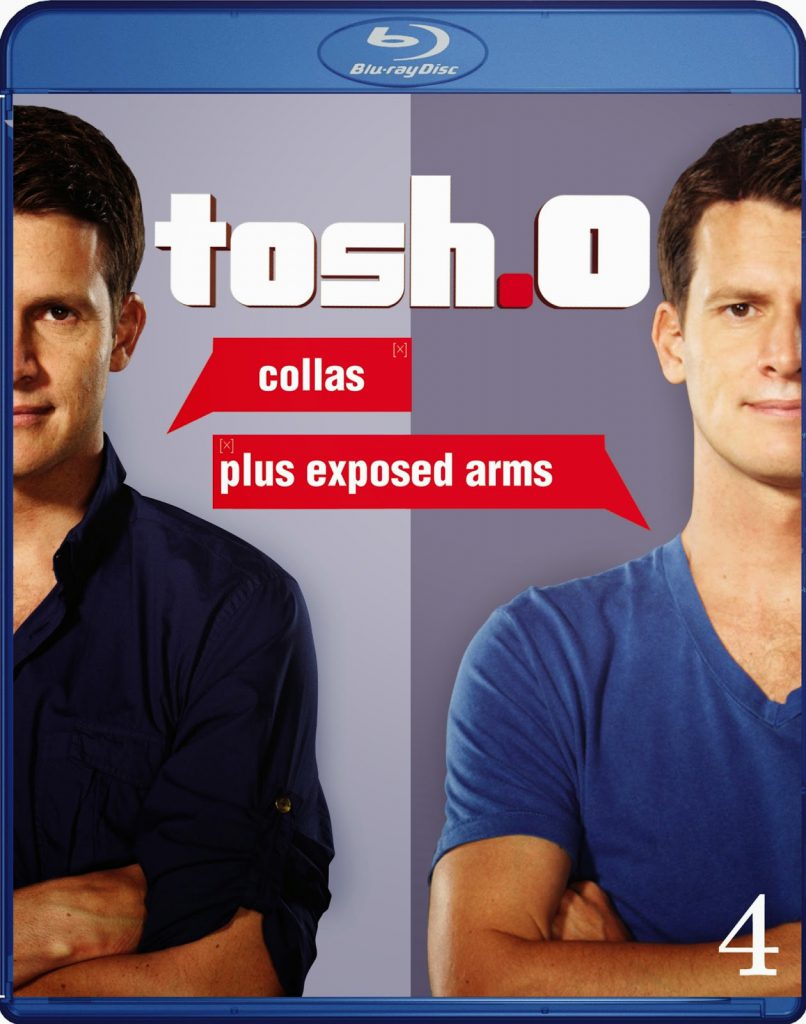 Collas and Exposed Arms is 21 episodes of comedic hysterics. It’s double the wardrobes and double the laughs.

This 2 disc set include the first delves into all aspects of the Internet, featuring razor sharp humor and biting commentary from comedian Daniel Tosh. From the absolutely absurd to the incredibly ingenious, the series features viral clips, sketches, and “Web Redemptions” which give subjects of infamous viral videos a second chance to redeem themselves from the embarrassment with which they’ve become synonymous. It’s cable TV’s most trusted source for exhibitionist weirdos, injurious idiots and all things Web.

Here’s a recent clip of Tosh commenting on the Donald Sterling situation.