The newest entry in the revived Planet of the Apes saga has arrived and has taken the globe by storm.

In tribute to Caesar and the dawn of the new master species, here’s a rundown of cinema’s greatest simians, performed by man and monkey. 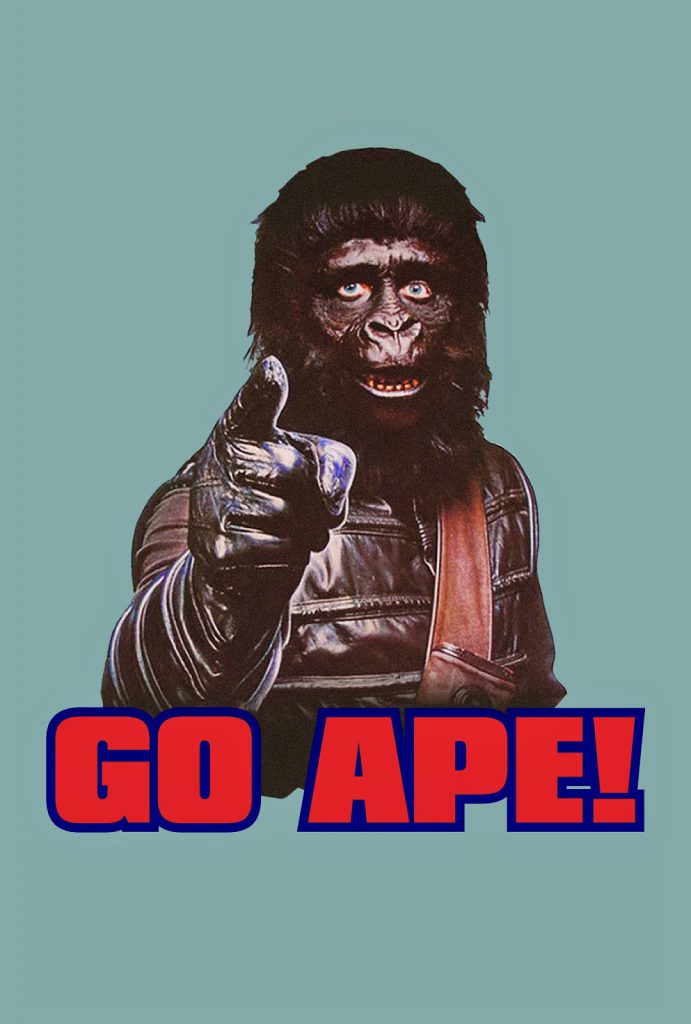 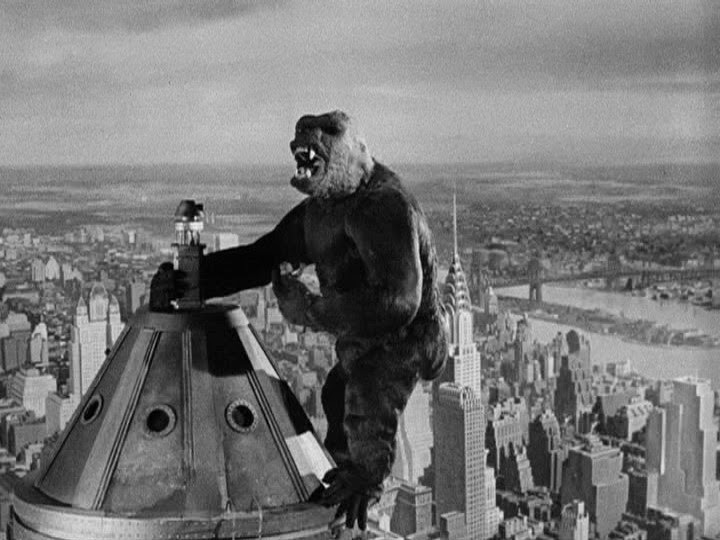 First things first: A mighty chest thump goes out to the great ape with a fetish for feisty blondes, as represented in all his glorious incarnations: the emotive stop-motion puppet who falls for Fay Wray in the 1933 original; the animatronic behemoth who goes gaga for Jessica Lange in the 1976 remake; and the magnificent CGI creature who loses his bananas for Naomi Watts in the 2005 retelling (this last version, of course, enlivened and elevated by the great Andy Serkis’ motion-capture performance). 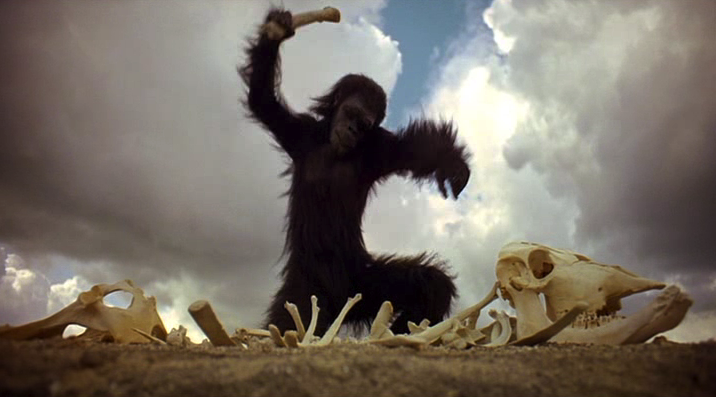 Stanley Kubrick’s visionary space trip takes us to the moon and Jupiter and beyond, but its lengthy prologue set on Earth untold millennia ago depicts the dawn of man. Utilizing actors dressed in the most realistic ape suits yet seen on film, the opening sequence builds to the pivotal moment when the first primate imagines and then utilizes a dead animal’s bone as a weapon. The simple match cut of the soaring bone juxtaposed with a futuristic laser satellite remains one of cinema’s most indelible bits of editing.

2001: A Space Odyssey premiered a mere two months after the original Planet of the Apes opened, and I’m sure the Apes filmmakers were as stunned as everyone else when they witnessed Kubrick’s infinitely more convincing monkey men. Good thing the makers of the original five Planet of the Apes movies were aiming squarely for pop/sci-fi camp. 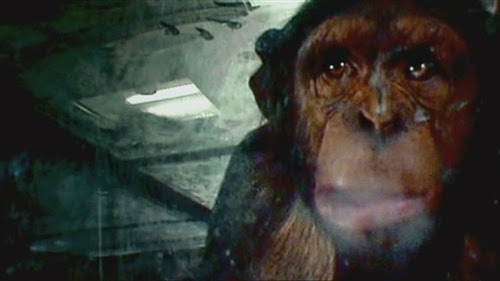 The Apocalypse begins in a test lab, when a monkey infected with “rage” transmits the virus to an unfortunate technician. The hoards of not-really-zombies who populate the desolate landscape of London are the swift result. Honorable mention goes to the capuchin monkey who starts a pandemic in the 1995 thriller Outbreak. 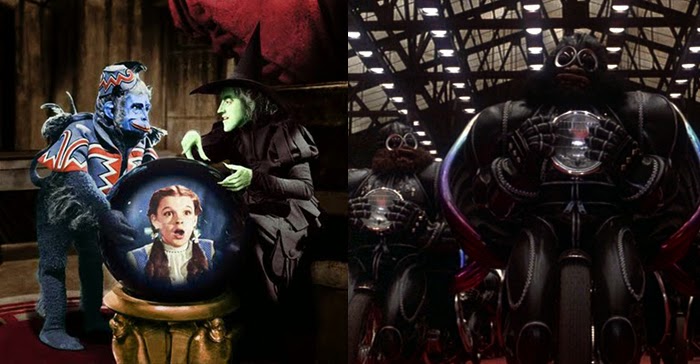 The original minions of moviedom, the creepy flying monkeys who serve the Wicked Witch are the permanent scary stuff of our most primordial childhood nightmares. In sharp contrast, the only scary thing about the jive-talking, motorcycle-riding gang of monkeys in the 1978 musical The Wiz is the crude ethnic stereotyping evidenced.

The traitorous monkey in Cairo who befriends Indy and Marion but is secretly a Nazi spy provides one of the movie’s most hilarious moments when the monkey and his master are accosted by German thugs. The monkey demonstrates his allegiance by executing a perfect “Sieg Heil” salute, complete with a vocal screech. Monkeys also feature in further Indiana Jones adventures, appearing as a grotesque dessert during a stomach-churning feast at Pankot Palace in Temple of Doom (1984), and out-acting a vine-swinging Shia LeBeouf in Kingdom of the Crystal Skull (2008).

The epitome of the Roger Moore 007 era, this campy James Bond outing is a three-ring circus full of cartoon villains, outlandish sets, flashy costumes, insane stunts, bodacious babes…and a man disguised as a monkey. Fans point to the climactic gag where Rog gets gussied up as a clown as the moment his Bond officially jumped the shark, though the earlier bit on a train where 007 hides in plain sight dressed in a gorilla costume—and checks his wristwatch—is significantly more cringe worthy. 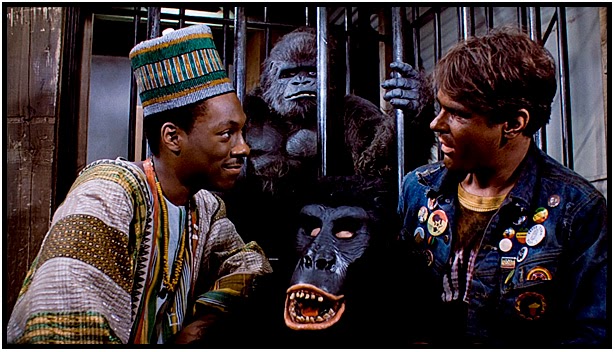 A New Year’s Eve costume party on an Amtrak train is the setting for some retributory monkey business, as villainous Clarence Beeks (Paul Gleason) ends up in Jim Belushi’s gorilla suit, locked inside a cage en route to Africa. Last seen in the tight embrace of a real—and very randy—male gorilla. 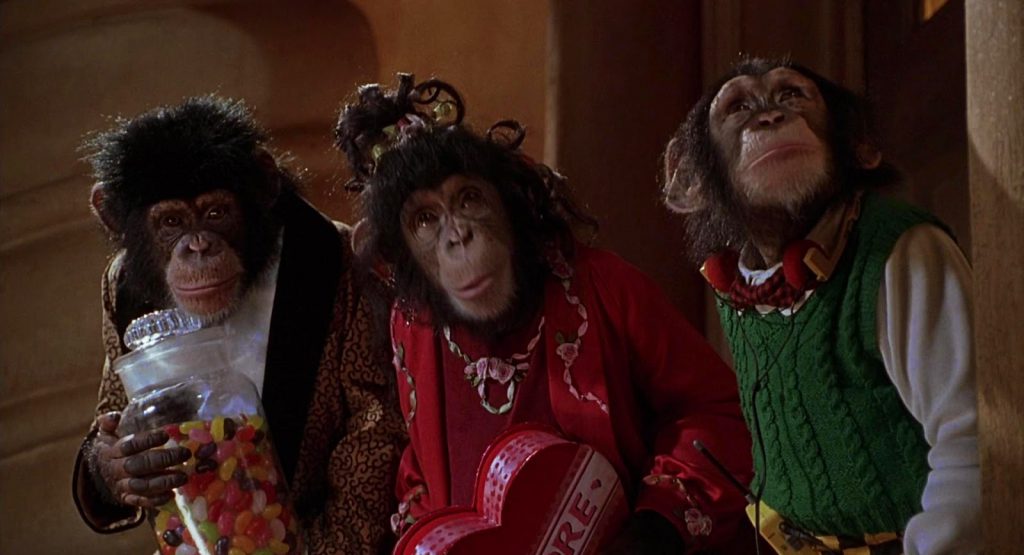 An extraordinary amount of screen time is devoted to scenes without humans, and it’s a testament to the seamless CGI effects and boisterous voice-over performances that the animals hold the stage and each creature is memorable. At the top of the chain: the grandfatherly orangutan Thelonius and a family of mischievous chimpanzees (mom and dad are voiced by Glenne Headly and Steven Wright). 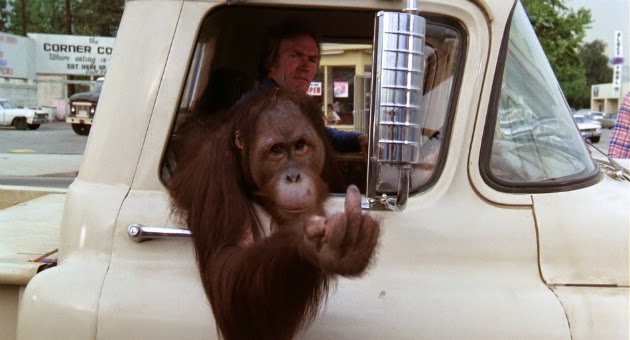 The vintage ads highlight the pairing of “Clint & Clyde” as brawler Clint Eastwood teams up with an orangutan, chases country singer Sondra Locke and eludes a dastardly biker gang. If the first one has its hillbilly charm and humor, the embarrassing cash-in sequel is an early example of the middling paycheck pictures Eastwood would sink agree to in order to secure the creative freedom to direct more personal and artistically ambitious films. 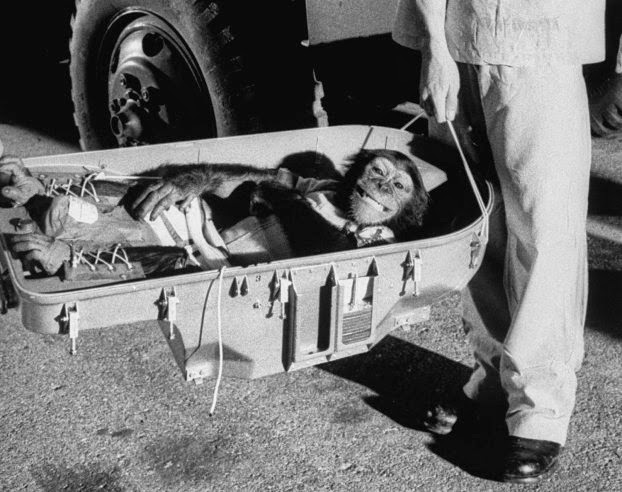 No mention of monkeys would be complete without a salute to NASA’s first star voyager, Ham, the chimp who beat out Alan Shepard to become the first American in space.

In this article:Animals, Movies/DVD, Planet of The Apes, Top List