When those two worlds collide, I’m in some sort of state of bliss.

What does NOT bring me bliss is seeing some of my favorite artists trying their best to keep up with real actors or, in the case of these two movies, people who at least can act a bit.

I love these two movies.

They’re among the best rock movies ever made. But the musicians are such awful actors that…well, it certainly doesn’t ruin the movies.

It just makes them funnier. 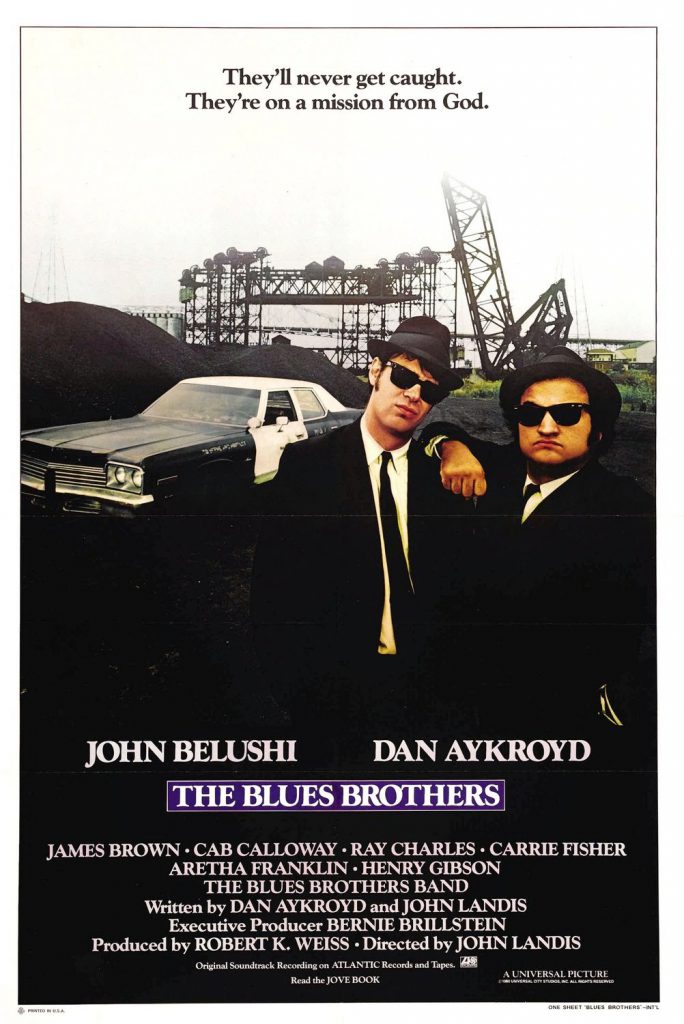 This is one of my favorite movies, hands down. I can quote it nearly line for line. At over two hours there’s, surprisingly, not a false note or wasted moment in the entire movie. I hadn’t seen it for years, though, when I saw it the other night for the first time on the big screen. Suddenly, I was back in high school with one of my best friends being obsessed with it again.

On the surface, it’s about Joliet Jake and Elwood Blues (John Belushi and Dan Aykroyd) trying to get The Blues Brothers Band back together so they can raise money for The Penguin (Kathleen Freeman) and the orphanage that they grew up in. The boys get in trouble with the law (sort of led by John Candy), The Good Ol’ Boys and Illinois Nazis (led by Henry Gibson). Along the way they get in more trouble, crash cars (the movie held the record for most cars crashed until 2003 when The Matrix Revolutions blew it out of the water) and, of course, play some amazing music.

Under that it is truly about R&B. John and Dan had/have a passion for R&B and the blues that is unparalleled. They played actual shows and ended each one of them with a list of people that the audience should listen to. Without them, a lot of these musicians may have faded into obscurity, sadly enough. They got a brief resurgence in the 60s and early 70s with the likes of Eric Clapton, The Band and Peter Green pulling them out to do shows, but then they just kind of disappeared again. After The Blues Brothers came Stevie Ray Vaughan and others of his ilk that brought the blues explosion of the 80s.

With the exception of Aretha, Cab and possibly Ray, very few of these people can carry even the simplest line of dialogue. (Granted, Hooker and Brown don’t really have to act. They only perform, so there’s no problem there.) Most of the boys in the band are awful. Witness the first scene with Matt Murphy where Aretha (playing his wife) tells him that there are two honkies ordering crazy things. He unnaturally puts his hand to his chin in a “thoughtful” manner as he says their names.

Most of these guys look frightened of the camera throughout the film. Are they horrifyingly bad? No. Actually, none of them are as bad as Eric Clapton with his one line of dialogue in the second movie from 1999. I love the hell out of Eric, but that is some of the worst acting I’ve ever seen. (Incredibly, I actually kind of like that movie. Take from that what you will. The music is damn near perfect.)

All of that said, none of the bad acting detracts from the movie or music. This is a nearly perfect movie. I could probably watch it over and over again and not get too tired of it. It’s not quite to the status of Ghostbusters or Duck Soup in my mind…but it’s really close. 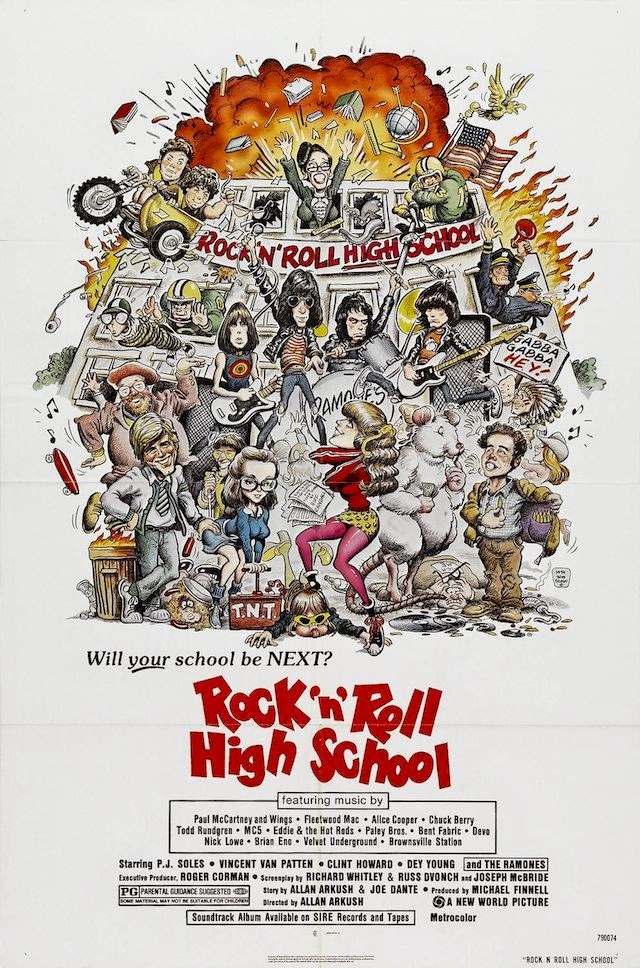 Roger Corman always knew how to exploit the kids out of their money. But he did it with a bit of love. (He’s sort of lost that knack in a way in the last few decades.) With Rock ’N’ Roll High School, he may have hit a high water mark in that part of his career.

Riff Randell (PJ Soles who had just come off of Halloween) is a young girl who has written what she thinks could be the greatest Ramones song in existence. It’s called Rock ’N’ Roll High School and she wants to get it in their hands.

Miss Evelyn Togar (Corman mainstay Mary Woronov) is the new principal of Vince Lombardi High School and she HATES rock and roll. She wants nothing better than to fill the halls with classical music and empty the kids’ minds of rebellion or individual thought. Riff will have none of this.

The Ramones are coming to town and Riff will do anything to get to their concert and get them to play her song. Anything. And nothing will get in her way.

Which sounds like the opening of a thriller about kids going insane and killing the adults. Instead, it’s a pretty damn funny movie with a strong female lead and some great music.

When The Ramones finally show up…they can’t act their way out of a wet paper bag. Dee Dee was so bad, in fact, that most of his lines were cut. He ends up being a pizza eating oaf.

Again, this movie is worth seeing many, many times. It’s so much fun that I can’t believe it took me so long to finally see it about a year ago. And the music…oh man. The Ramones do a show and it’s great. (Look fast for Darby Crash of The Germs in the front row.) Also, the love theme is sung by a familiar voice. Sir Paul McCartney wrote it for Heaven Can Wait, but it was turned down. He agreed to put the Wings song in Rock ’N’ Roll High School if it went uncredited. (That apparently didn’t hold for the trailer.)

These are both great movies, but they really do show that some musicians should stick to their day jobs.