Hillbillies get a bad rap in horror movies.

There are so many movies about poor folk of the mountains/woods/desert/lake/office park slaughtering the “innocents,” whether they be teenagers, middle aged men or corporate drones on a retreat.

What ends up being more true than anything is that these “innocents” are actually douche canoes who don’t care about the land that they’re on or the people that they’re disturbing. 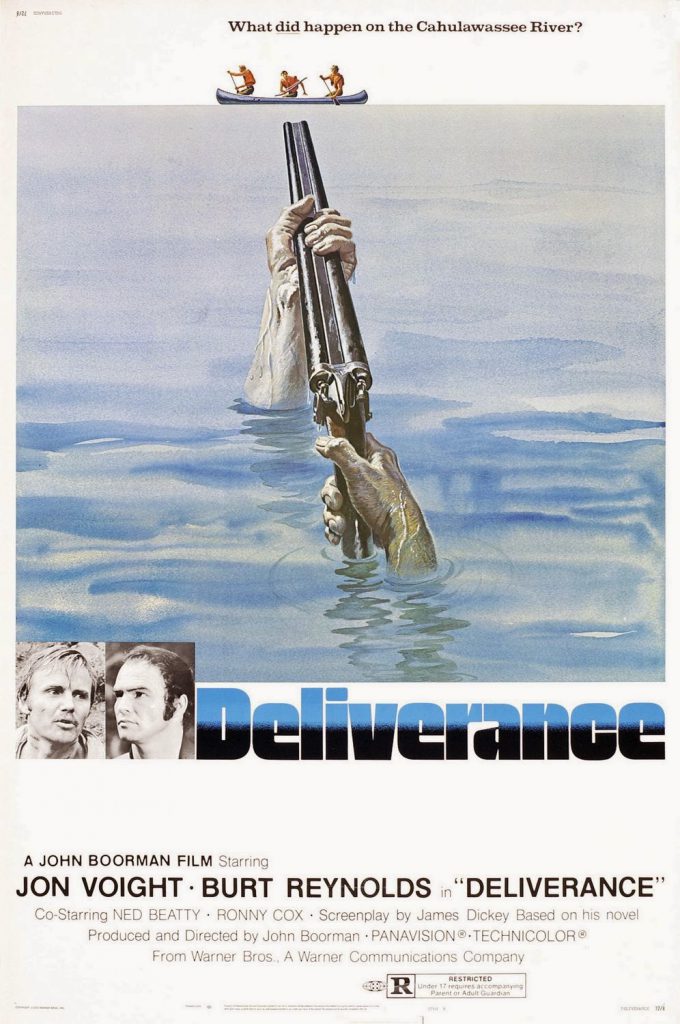 Deliverance isn’t a horror movie per se, but it certainly is the grand-daddy of all hillbillyspoitation movies. In 1972 people were just laughing at hillbillies. After 1972, people were running for their lives away from camping lest they be told to “squeal like a pig.”

Four city men (Burt Reynolds, Jon Voigt, Ned Beatty and Ronny Cox) decide to take a canoeing trip in the Georgian backwoods to “reclaim their manhood.” They’ve been working in offices too long, according to Reynolds, and they need to figure out how to be real men again. Be one with nature. Live off the land. They also want to see the land before it’s turned into a giant lake by a dam.

What none of them count on is the fact that the mountain people are a vengeful bunch.

As with just about every other movie made after, the four men semi-accidentally insult the mountain folk. Cox makes friends with one of the kids by playing guitar with him (you know the song), but Reynolds is less than conciliatory. Eventually, he insults them. They take it out on poor Ned Beatty in a way that no one ever forgets after seeing the movie. (And, in fact, most people who HAVEN’T seen the movie won’t forget it.)

Then the blood starts to really flow. 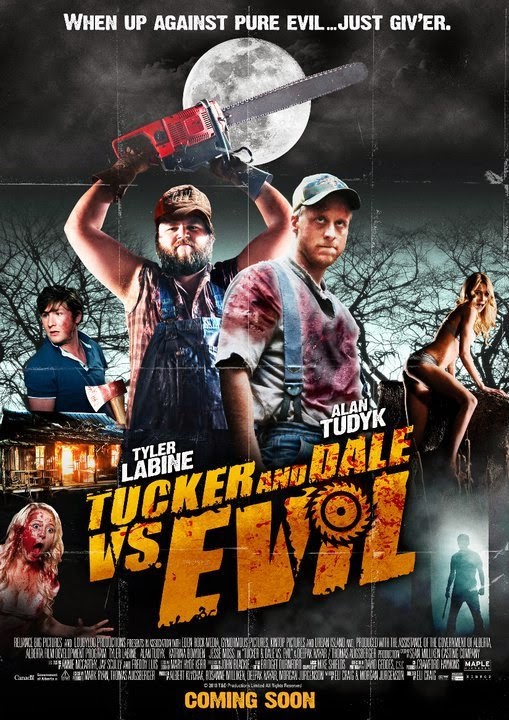 I know I’ve written about this one before, but (as always) I don’t really care. It’s a great movie that shows hillbillysploitation from the other side.

Tucker and Dale (Alan Tudyk and Tyler Labine) are two good ol’ boys who just bought a vacation home out near the lake. What they don’t realize is that that lake is sometimes haunted by college kids who are dumber than the day is long. And they’re scared of anyone who isn’t like them.

The guys, though, are two of the nicest people you might ever want to meet. They’re just trying to help the college kids at every turn. And Dale really finds Allison (Katrina Bowden) attractive and wants to talk to her. He’s just really shy and his advances come out like…creepy threats. (Should probably put the scythe down, dude.)

When Allison falls into the lake, Dale rescues her and takes her back to the vacation home. That’s when the blood starts to flow. The rest of Allison’s friends try to get her back in increasingly violent ways, always ending up accidentally dismembered or impaled.

Tucker & Dale Vs Evil is a hilarious spin on hillbillysploitation. I love this movie and will do my best to get as many people as possible to watch it.

These two movies take us through the beginning and (basically) the end of the hillbillysploitation sub-genre.

After Tucker & Dale, there’s really no need for another Wrong Turn sequel or The Hills Have Eyes remake. We’ve seen the genre from both sides, now. As beloved of a archetype as it is…it’s over.

Wait another 20 years before you make another one like you did with Westerns after Blazing Saddles.