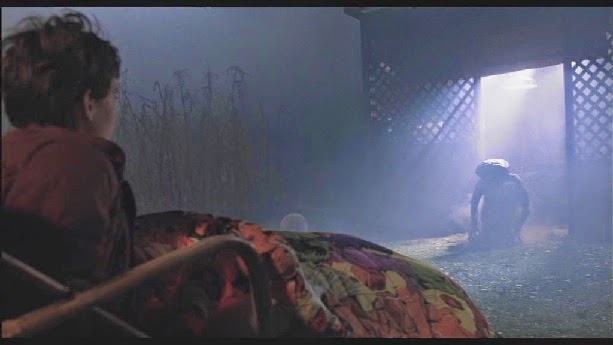 E.T. is probably my generation’s most beloved film (right after Star Wars but before The Goonies) but seeing it re-cut into a horror film is, well, sort of satisfying in a weird way. If you think about it, there is already a level of darkness in the film (scary government officials, death and almost-death, a candy fixation that resembles your own…) which lends itself to the horror template.

Of course, nothing is as scary as seeing one of your favorite movies from childhood altered by the creator to reflect some politically correct bullshit (i.e- guns turned into Walkie-Talkies, Greedo shooting first) but this will do.

‘The Dead Ones’ (review)