Samit Basu is a natural storyteller.

From breaking in as a published writer with the first Indian English fantasy series, the Gameworld Trilogy, over a decade ago, Basu has explored a number of different genres including Young Adult, comics and has crafted one of the best superhero novels, the extremely entertaining Turbulence.

Basu’s latest book, Resistance, the sequel to Turbulence is in stores now, and Samit took some time from his busy schedule to chat with us about his new book, the Indian comic book industry and his ideal super power.

Your new book, Resistance is a sequel to your book Turbulence. What was the genesis of the series and what was the appeal in writing about superheroes in the medium of a narrative story rather than as a comic? 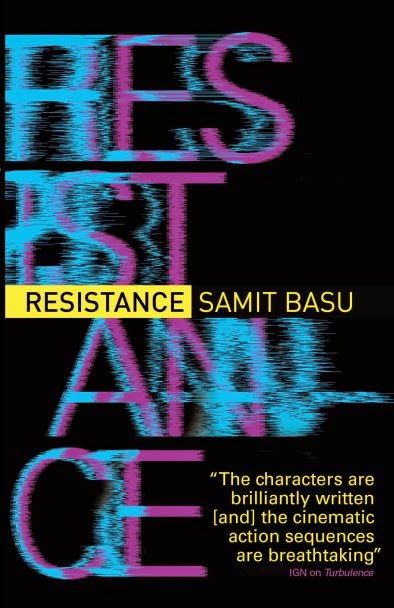 The series came from wanting to examine what would happen, in the real world, if people got what they really wanted instead of just moping over other peoples’ perfect Facebook lives, and if our actions had genuine global consequences instead of just local soon-fizzles-out ones.

The superhero link came from that.

It was always going to be a book. The superhero genre is one that is most at home in visual media, but the idea of the superhero – one extraordinary person with the capacity to make things better, or at least fundamentally change them in a way that people who obey the laws of physics and reality can’t – often gets overlooked in the process.

And while that can be done very effectively in other
media, comics, TV, the Internet and films – look at Joss Whedon’s work in all these fields – I still believe a book is the best place to explore an idea.

The whole idea behind Turbulence was to write a novel of here and now, to say as much about the world right then as it could.

Hence the focus on present day desires and anxieties, present day obsessions and aspirations, as seen in both the world and the powers the heroes acquired. I wanted to write a fantasy story set in places I’d actually been to after years of making up worlds. And since I was looking at events on a global scale, and writing about people who could actually change the world, it made sense to make them superheroes. 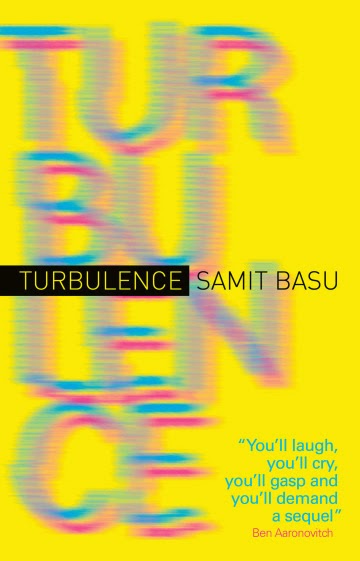 Especially because nothing embodies the zeitgeist these days better than the evolved superhero.

They’re everywhere, in one form or another.

Resistance was a different challenge. It was virtual reality, not augmented Reality like Turbulence.

This time, it wasn’t about setting the story in places I knew.

It was about creating new places, based on the events of Turbulence.

What would the world look like if supers had ruled it for eleven years?

What would stay the same?

It was also time to explore locations that you’d expect these stories to be set in, mainly New York and Tokyo.

Is the superhero genre prevalent in India? What is the comic book industry like there?

Not really. no. We have some hilariously bad superhero movies.

There is a comic industry that’s quite diverse, a mixture of older companies that do Indian history/folklore stories, independent graphic novelists and younger, more global new companies that are struggling to keep up with newer comics trends.

The superhero genre, with the American tropes, isn’t really a thing, though of course there are larger-than-life heroes all over the place. I’ve been writing comics for several years too, and it’s been interesting and mostly fun.

In addition to this series, you’ve written a fantasy series and a young adult novel. Do you have a favorite genre?

And I’m doing a children’s series, school stories. And that’s the books. The comics are pretty diverse too, ranging from zombie comedy to historical fantasy/romance.

And then there are the film/TV screenplays, which are across a multitude of other genres, but none of those have been produced yet so lets not get into those. I don’t have a favourite genre; in fact, I’d like to try them all.

Books are my favourite medium, though. Other media are fascinating and you learn a lot by hopping across media from time to time, but you can get a book done by yourself and don’t have to wait for your collaborators to catch up or figure their lives and careers out.

I have an ever-growing list of incomplete TV, film, videogame and comics projects.  Part of it is a result of being where I’m from, where all of these industries have massive systemic flaws, but not all of it.

If you could have any super power, what would you choose and why?

Tia’s power from the books – I’d like to be able to split up into multiple bodies and never have to make a choice again. Live multiple lives, be everywhere, experience everything, learn, see, smell, touch everything.

Any upcoming projects you can tell us about?

Currently doing a children’s school series set in India, planning a massive fantasy series, and working on a bunch of Bollywood projects in film and TV which will hopefully see the light of day at some point.

Comics: Saga. Film: Dawn of the Planet of the Apes, and can’t wait for Guardians of the Galaxy. TV: Louie, Silicon Valley, Game of Thrones of course. Books: Lynch, Rothfuss, Aaronovitch, Abercrombie, Ahmed, Cline, Grossman, Carey. Haven’t had time to play games for a while now.

Resistance and Turbulence are available now from Titan Books