Wolfcop, released this past month on June 6, is a ghoulish, funny romp of a Canadian film. If you grew up loving 1980s horror films, then you’ll definitely want to see this slice of insta-nostalgia. A throwback to the old school days we all miss, Wolfcop is chock full of practical effects served with a twist of contemporary humor and wit. 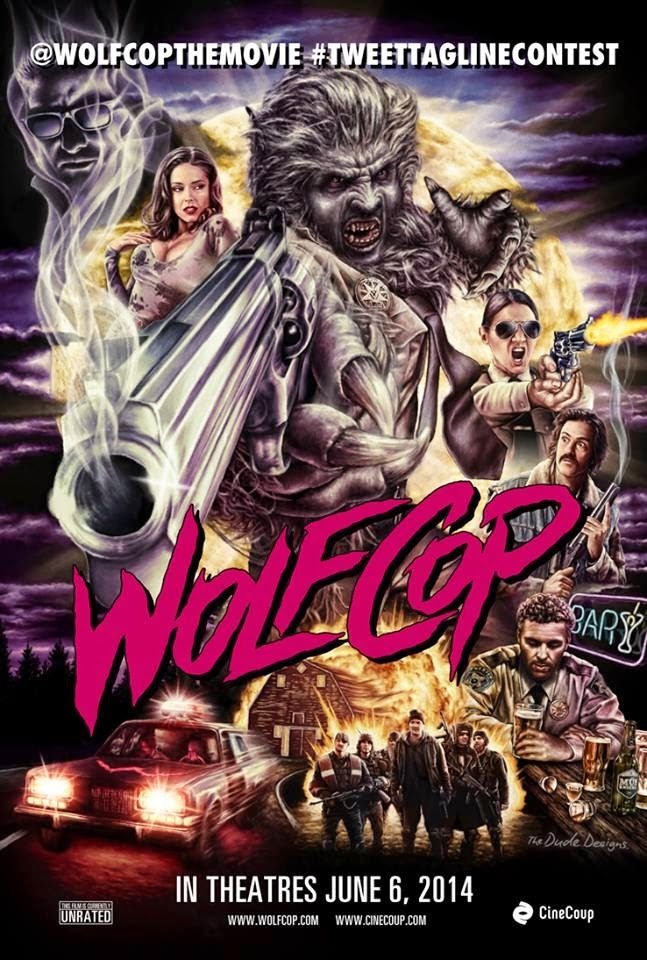 I was able to chat with writer/director, Lowell Dean, about his experiences making Wolfcop.

The film itself is based around an alcoholic jerk, Lou Garou, who pukes only a few minutes into the film. I was genuinely interested to see how Dean turns this surly, unlikeable cop into a character who ultimately saves the day. I must say, there’s a little Walter White action here, where you end up rooting for him regardless of his broken moral compass.

If you haven’t seen Wolfcop yet, you should remedy that ASAP.

It’s clear that Dean is a genuine horror fan with a passion for making more of what we long for; humor, the macabre and boatloads of practical effects.

FOG!: Leo Fafard’s character, Lou Garou, is a hardcore alcoholic anti-hero. What was it like centering a horror-comedy around such a difficult and complex character?

Lowell Dean: It was definitely a challenge. We had to surround him with funny people because being an angry, dark alcoholic usually doesn’t lend itself to a lot of comedy, believe it or not! But, we also tried to pull a little “dark” out here and there. We just tried to surround him in high energy, funny people. 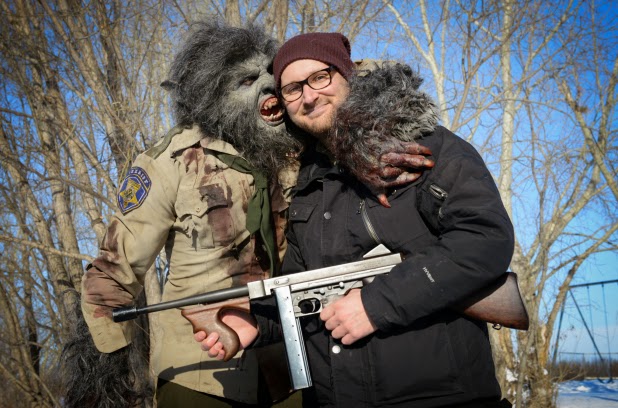 Did you have Leo in mind while you were writing Wolfcop or did he stand out in an audition you held?

Yeah, the part was written for Leo Fafard. He’s a local actor. He was working in the film industry; in camera and electric. I knew that he had aspirations for being an actor and he had actually gone to school for acting. I saw him act a couple smaller roles in other Saskatchewan Canadian films and I was impressed by him! So, I was like “Wow, he has such a good look.”  And I actually had him, after that, be a werewolf in a music video and he was so good. I thought, “I need more of this!”

The effects are both gnarly and astounding. What were some of the hardest obstacles during filming?

I mean, we have a very ambitious script and I felt it was always a lot to handle. A lot was put on not only my self, the cast and crew, but the effects artists as well. So, we basically always had a plan A, B, and C. Plan A was a very elaborate effect that could take an hour. But, depending where we are in the day and the scheduling, it might be plan B which is something we throw together or plan C which is just cut to the wall and throw blood on it!

What inspired you to write such a unique film like Wolfcop?

I know I’m a huge fan of Tucker and Dale vs. Evil, as well as Ginger Snaps. Were you jazzed to work with Jesse Moss? 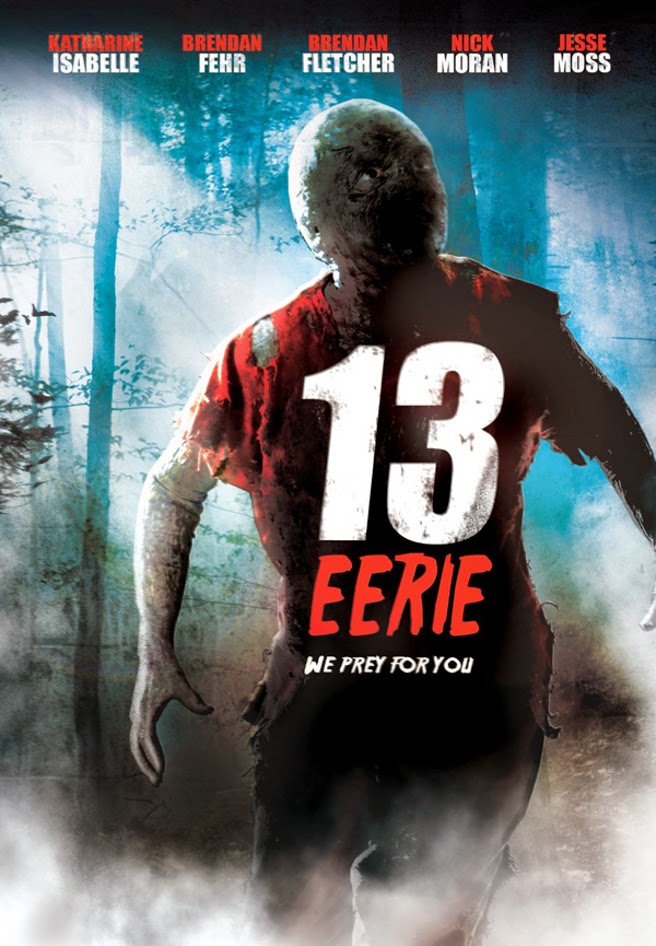 Yeah! I had actually worked with Jesse before in my first feature film called 13 Eerie, a zombie movie.

Actually Katharine Isabelle is in that, too! Jesse was wonderful to work with, he’s so fun and he’s such a good actor. I hadn’t seen him play this kind of role before, so I thought this would be an excellent click.

13 Eerie has such a different tone than Wolfcop, what was it like for you to switch gears to something more comedically oriented?

It was great and it felt more like me, truthfully. It wasn’t my movie, I was just lucky enough to direct it. It was a big, eye-opening experience. I had never done a feature, let alone that of that scope. It was very different! I tried to throw a bit of myself into it. But, in Wolfcop, having control and also being the writer was so different. It felt a bit like being a kid on a playground, I could just do whatever and vent my weirder side!

What was it like to utilize crowdfunding and would you do it again?

I would definitely do it again. We didn’t actually crowdfund our film, but we used it for our promotion. I actually think it’s an amazing tool.

Especially in the way we used it, to create hype. I was definitely skeptical, but there a lot of things we wanted to do, but didn’t have enough money to do. We used it in a way to create an energy, a buzz about ourselves, and do the things we hoped to do.

I really wanted an action figure, even selfishly, and I saw Wolfcop as a graphic novel, too. So, i said, “Let’s do this!” and see if there’s an audience for it.

I saw the action figure, it’s ridiculous! Do you have one? You have to, right?

I don’t yet! It’s not actually physically done yet. 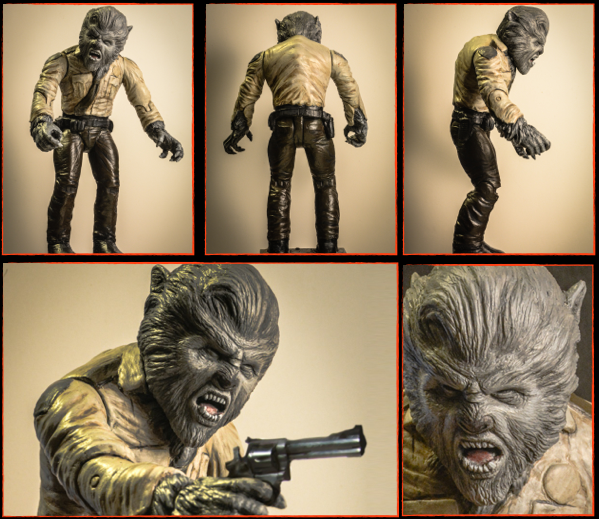 It’s cool, our effects/monster maker, Emersen Ziffle, is actually the one to design the prototype. He actually molded it with his own hands and we’ve just shipped it off. It’s going to be a couple months, I think.

May we expect a sequel? Does Lou ever get promoted or rather will Wolfcop become Wolfdick?

[Laughs] In the theater, since the screeners went out, we had a couple screenings of the movie where the soundtrack is a little bigger where some of the music was a little light, but one of the coolest things was during that window between the screeners going out and being in theaters, we got greenlit for a sequel. So, in the theater, you’ll actually see at the end, “Wolfcop 2, coming next year!” 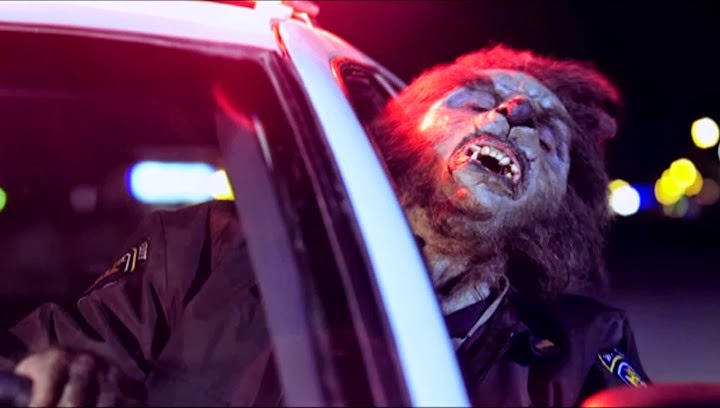 It’s super exciting, definitely. I’m still trying to wrap my head around it.

I just have to ask… The Howling or An American Werewolf in London?

An American Werewolf in London, for me. It was the film that really made me want to make a werewolf movie! 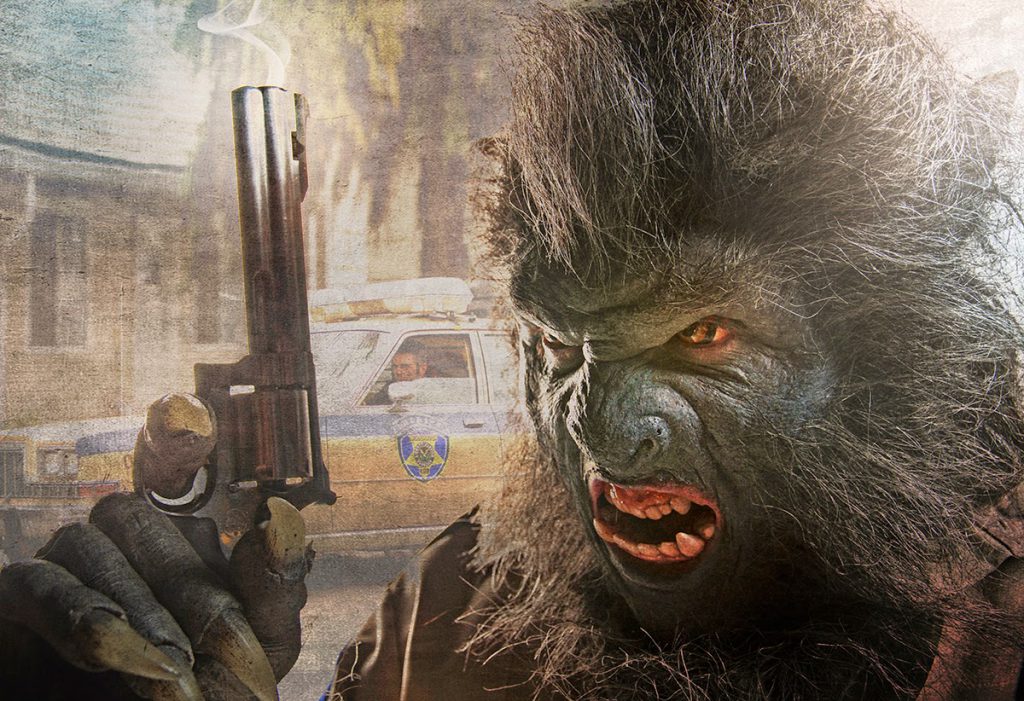 So, if you’re a fan of supporting new horror with an old school edge, you best give Wolfcop a watch.

I don’t know about you, but I’m pretty darn psyched to see Lou Garou battle another wave of supernatural phenomena!  It has yet to tour to US horror convention circuit as it’s just now finishing up it’s Canadian run, but if you have the opportunity to watch it, do so! 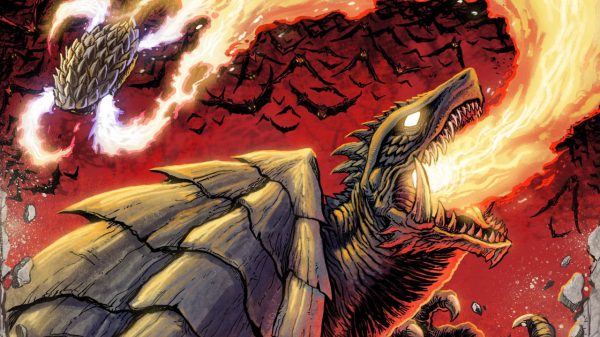