As  True Blood begins to round the bend on its final season, critics are beginning to weigh in on the HBO series. To be fair, it was no The Sopranos , and it was far from John In Cincinnati.

Call it what you will, it was definitely fun. 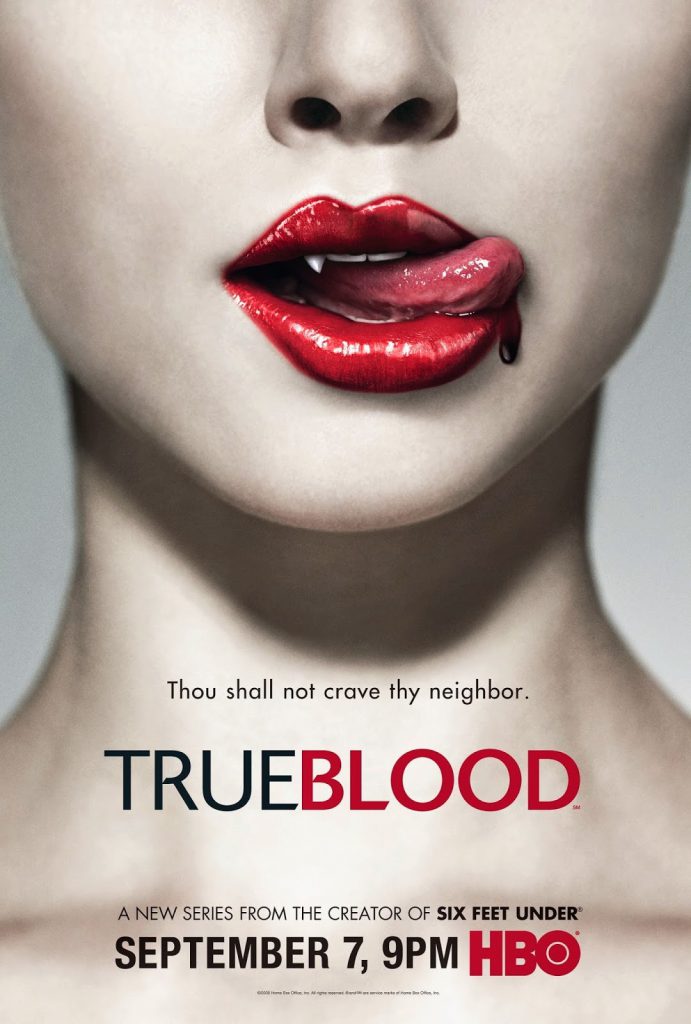 Since 2008, fans have faithfully followed Sookie the Worst Waitress Ever as she eased into her role as a supernatural superhero with spunky determination and a high amount of nudity. We watched as she fell for Vampire Bill, then Eric Northman the Viking and then Alcide the Men’s Fitness, giving the viewers a harlequin romance story wrapped inside the gooey innards of a weekly HBO bloodbath filled with warped humor.

That was what made the hit cable show both so entertaining and completely trashy in the best possible way. It was completely, utterly, 100% mad.

It also helped that the show derailed quickly from its source material, adding to its unpredictability. Part of the charm of True Blood is that it would go batshit crazy on the daily, like a vampire version of Passions.

Granted, it didn’t always work. There were plenty of times fans were left gaping at the television, mouth ajar wondering what the hell they had just watched. 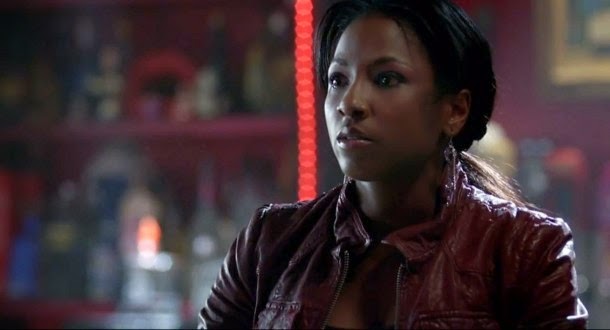 Sometimes characters (*cough*Tara*cough*) were pushed off a cliff with storylines that went no where and didn’t pay off. But much like a five-car pile-up on the side of the freeway, you couldn’t just drive by. You had to inch by slowly, taking in every detail of the horrific scene.

Other times it was just plain silly.

During the silly times, watching True Blood is like have sex with the hot and stupid Jason Stackhouse. 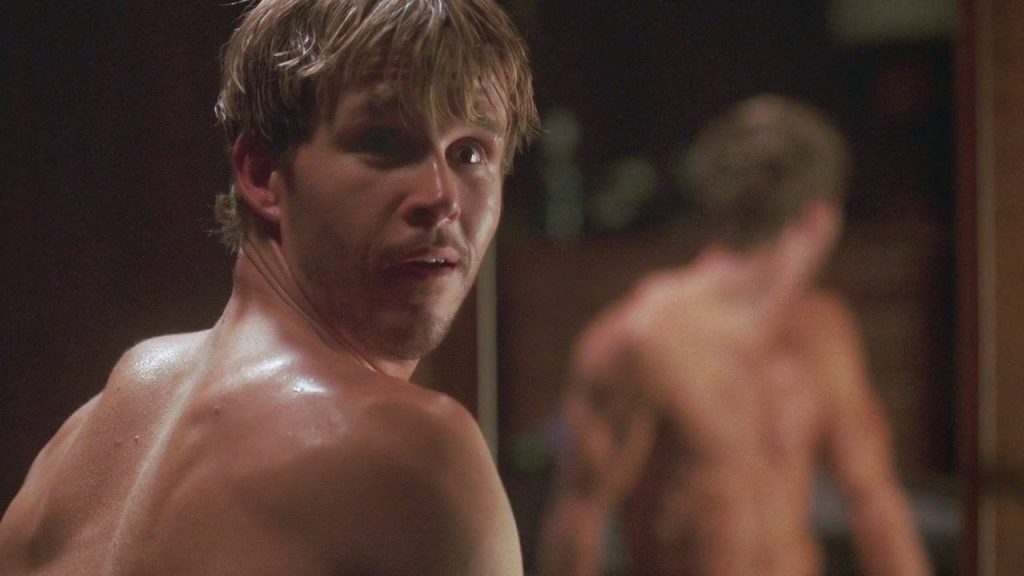 It was great and you might enjoy it, but you never shared that knowledge with your friends. All it takes is for one question about Santa to make the rounds before your friends facepalm themselves and stop inviting you to group events.

Reread that line again. See that. That line shouldn’t exist. Ever. 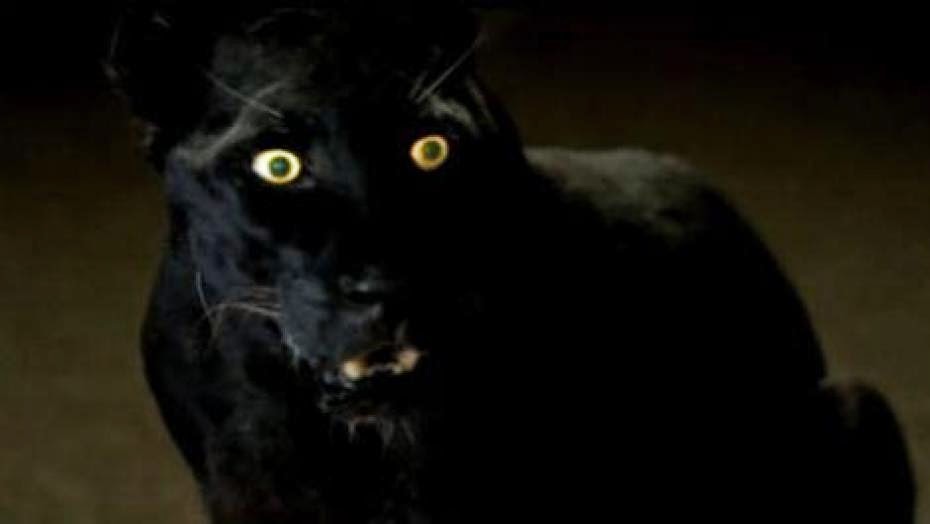 Yet despite these moments of ludicrous storytelling, the show continued to chug along, maintaining it’s worshipping audience of wannabe fang bangers.

Fans of the books know that the television series took a sharp turn from the literature a long, long time ago. While every now and then the series would revisit a few of the themes (like Eric’s amnesia), about 70% of the show is a vast departure from the world Charlaine Harris created.

This departure is probably why the show worked. The series was able to grasp a concept that the book series seemed to lack at times…

The dark black humor of True Blood is often surprising because of how well it works in perfect balance with the violence.

Through the years, small moments like Bill’s admitting his inability to text, the discovery of Ginger’s collegiate backstory, Eric referring to Arlene’s children as “teacup humans” added a surprise wit and levity to the ultra-violence show.

While the books might have its moments, they are small, few and far inbetween. In the show, the jokes are set at a rapid pace that hit you non-stop with brilliant writing as sharp as a scythe.

In the books, Pam was a teenage vampire hellraiser with a deep abiding love for sweater sets. Dangerous and youthful, her loyalty to Eric, her no-nonsense attitude and her Alice In Wonderland made her an interesting character, but she did little to stand out among the werepanthers, weretigers and other vamps.

In the show however, Pamela Swynford De Beaufor is brought to snarky life by Kristin Bauer van Straten, whose razor sharp comic timing and acidic wit could melt flesh and bones. 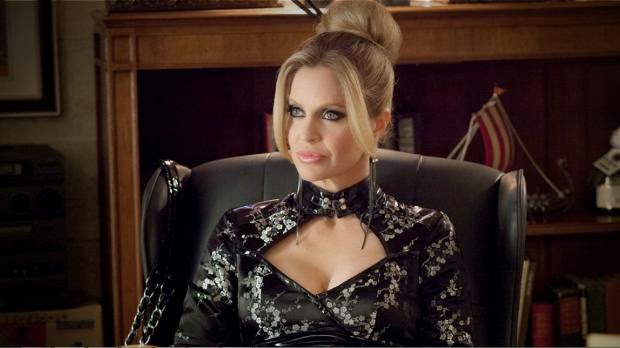 From her dislike of Sookie’s “fairy vagina” to calling herself a “republi-c*nt,”  Pam is a more fully-realized character in the series. Different, to be sure, but truly fantastic and filled with depth, wit and expensive footwear.

Another example of how the series outpaces the books is with Lafayette Reynolds.

In the show, the turban wearing Merlotte’s cooking is a font of sassy one-liners, vodka, poppers and make-up tips. Sometimes his plot points are a bit extraneous, but he is given his fair share of poignant moments and truly funny moments.

In the books, not so much…

He died in the beginning the second book of The Living Dead in Dallas.  Not a lot of opportunities to show off his fashion sense after that.

It is not that the series was so heady that it required a dose of humor, but that the humor was so well written and clever. It adds a level to the storytelling that is altogether missing from the books. (The novels are only seen from Sookie’s point of view who, let’s face it, isn’t going to be performing for the Groundlings anytime soon.)

That is not to say that True Blood didn’t have other moments as well. Tears were shed when Godrick met the sun. Joy was felt when Eric walked into the daylight for the first time. There might have been a moment of fear when Bill went missing before he was to propose to Sookie.

But these moments are not as commonplace as the gore, the sex and the biting humor.

What the show is known for is Russell Edgington slow dancing to Teenage Dream with Steve Newland over hundreds of corpses. Or the time the half-mad Edgington slaughtered a newscaster over live TV threatened to eat children, and then without missing a beat, looked to the left and stated,  “And now time for the weather. Tiffany?”  Or how Lafayette deals with homophobia in his small Southern town of Bon Temps by serving up the food he cooks with pride.

True Blood is filled with hundreds of these dark, wonderful twisted moments. It is this black humor that make the characters much more fully realized than they ever were in the books and why they will be remembered.

And why they will be missed.