We continue to support our indie creators trying to use Kickstarter and other platforms like Indiegogo to fund their comics.

A hustlin’ Josh Lucas sent us a tweet about his campaign, and sometimes that’s all it takes to get the ball rolling.

Plus the hard boiled crime super hero scratches a few of our itches.

Josh joins us today to talk about Moros.

FOG!: Thanks for joining us, Josh! We like your hustle. You hit us up on Twitter in regards to promoting Moros. Tell us more about your project.

Josh Lucas: Firstly, thank you guys for the love and support! It means a great deal. Secondly, I am very happy to tell you more about Moros!

Moros: A Hard Boiled Hero, is a comic book that I write and the very talented Tamal Saha illustrates. 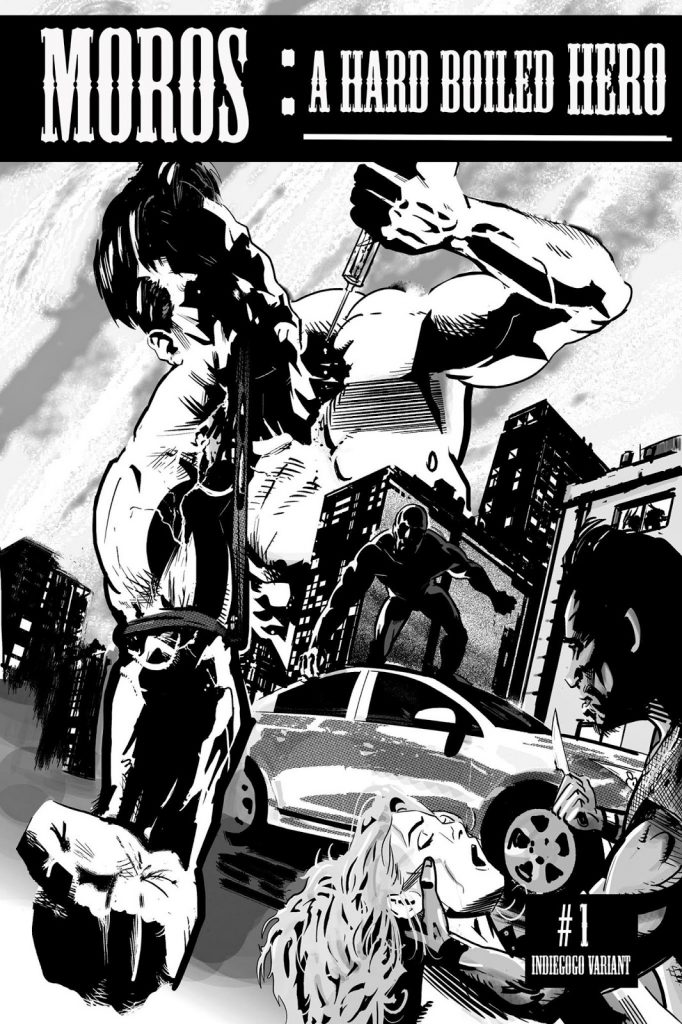 The story is a very dark, noir tale of a detective in a corrupt city who decides to take the law into his own hands. Our book is about a troubled man who crosses all kinds of lines to save the innocent from the unjust. This is not an uncommon theme in comics or other media, but we put a new twist on an old lemon. The lengths our protagonist goes to, the ways he enacts his agenda, truly set him apart as a “hero” that you’ll want to read about.

How did Moros become so ‘hard boiled’? Will you be exploring that?

Moros (real name Edward Knight) is an ex-military man. He was a Marine and then ran Black Ops missions for several years before coming home to join his local Police force. He worked his way up to detective over many years. Put plainly, Ed is only middle aged, but he’s been close to death and violence for about two decades.

He suffers P.T.S.D. and even has a flashback in issue one to a horrific event in his past. This is the basic reason for his hard boiled nature and it’s something we want to explore in every issue. While there may not be a military flashback in every issue, be assured that Ed’s past will be something explored throughout the series!

How long have you worked on both of these issues and how long is the book going to run for?

This project has been YEARS in the making. When I originally wrote Moros, around two years ago, I wrote it as a graphic novel. I spent the next year trying to find an artist, and I had several that were on board at one point or another only to drop off the project for different reasons.

I then had to take a long look at my options. I began to think that if I adapted Moros into issues a publishing house might be more likely to pick it up. It was also more feasible to pay an artist for a single issue, and then try to shop the book around and raise funds. I spent the next year trying to find an artist to do a single issue.

The first story arc in Ed’s tale now takes place over twelve issues, and while every issue is robust with awesome, his overall journey as Moros is a truly epic tale. I have the first year written and the second year drafted. The way Ed’s twelfth issue ends will leave you yearning to know what happens next!

Did you Kickstarter or Indiegogo the first issue? Are you waiting to release both at once?

I did not crowd fund for issue one. I felt like it was important to have an issue completed before we went out to try and tell people about Moros. 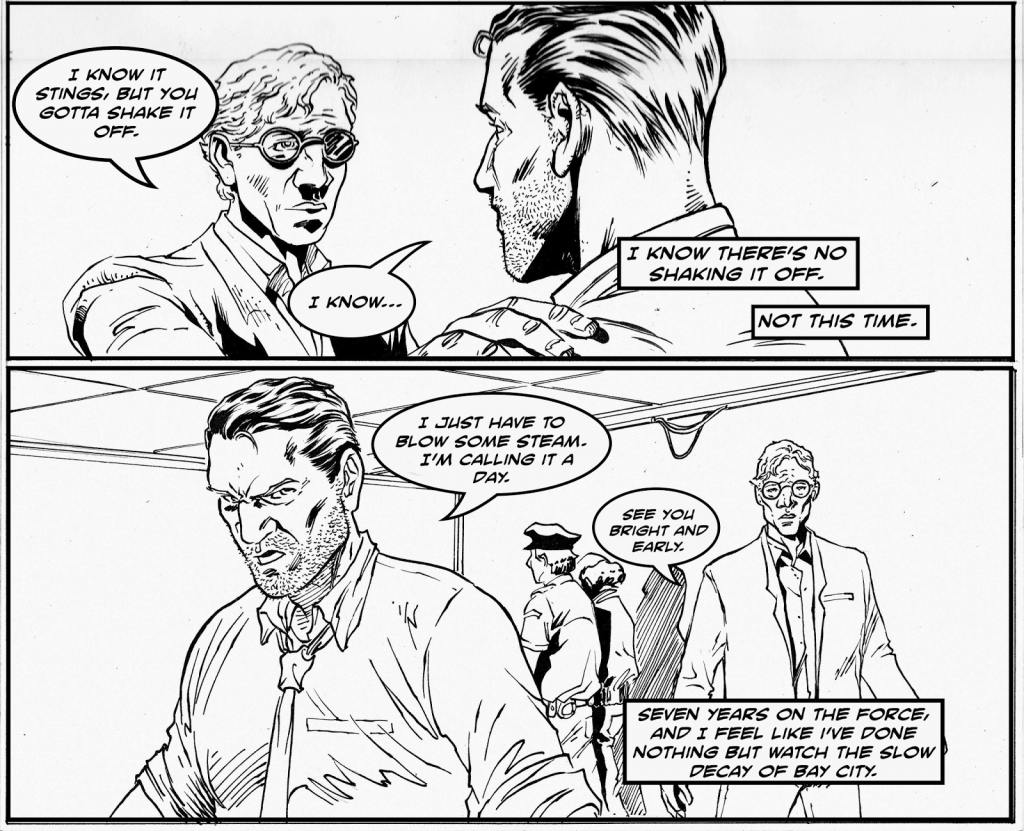 The plans on officially releasing Moros are in flux, but rest assured it IS coming out. These days with more and more tools for indie creators, the only thing stopping us is not our lack of resources, but our lack of resourcefulness. For now though, the ONLY way to get your hands on a copy of issue one is to support our Indiegogo, which by the way is the only place you can get our variant cover!

What are the challenges you find in getting people to get interested in the campaign?

Well, I think mainly the biggest challenge is that times are hard. I mean people everywhere are seeing their disposable income shrink and shrink every year. Consumers have become guarded about what they spend their loot on, and I can’t blame them for being weary about taking a chance on Moros.

After all, we’re unproven in the entertainment scene. That being said, I would put Moros up against any comic book out there be it new, old, Marvel, DC, or Indie. I hang my hat on the quality of our comic!

How did you find your talented artist, Tamal Saha?

Tamal and I actually meet through social media. I was in a group that connects comic book writers and artists and someone had posted a thread about finding a good artist for pencils and inks. Someone on there posted about Tamal and as soon as I saw his work I knew he had “the stuff”.

I got in contact with him, and a few emails later I knew that he was a great person as well as a great artist. I want Moros to be a success as much for Tamal as for me. The guy is a heck of talent and deserves to get his name out there!

Let us know all of the places where we can find, follow and support the campaign online!

Our Indiegogo campaign has a ton of cool Moros swag, and more will be announced soon!  They can contribute to help us get started on issue two HERE.

Thanks again for the love!