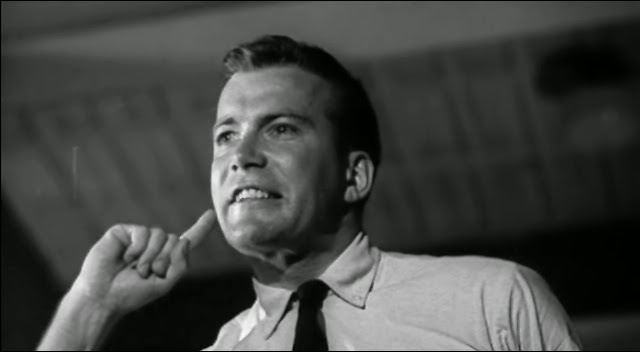 Wanna see a movie that will make you feel uncomfortable, not just because the subject matter is deeply offensive but because beloved sci-fi/comedy/TJ Hooker actor William Shatner plays a huge racist asshole who turns an entire Southern town into one gigantic fuck fest for the African-Americans living in it?

Then have I got you covered with the movie Shame (also known as The Intruder, The Stranger and my personal favorite, I Hate Your Guts!).

The story is basically this: Shatner plays a guy named Cramer who comes to a small Southern town in order to whip up all the white people into a violent racial frenzy when the school decides to integrate. He also manages to turn wives against their husbands and daughters against their fathers using just his dick.

In this article:60s, Let's Go To The Movies, Movies/DVD, Racism