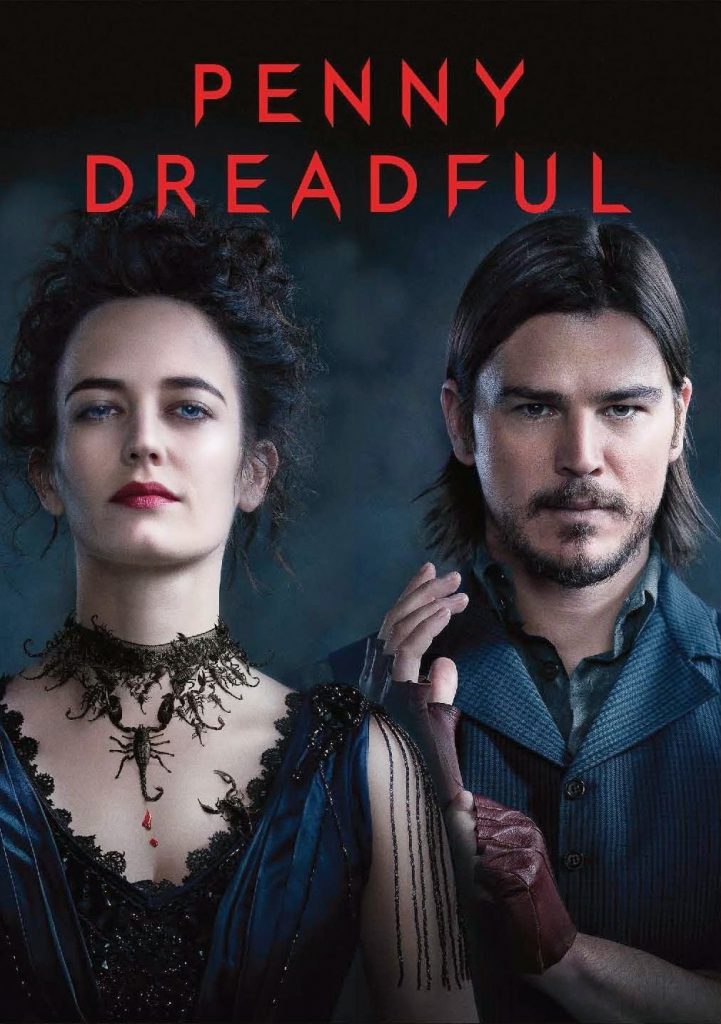 The acclaimed SHOWTIME original series PENNY DREADFUL – SEASON ONE will arrive on Blu-ray Disc and DVD October 7, it was announced today during the PENNY DREADFUL panel at San Diego Comic-Con International 2014.

From Showtime Networks, CBS Home Entertainment and Paramount Home Media Distribution, the Blu-ray and DVD collections will include every episode of the series’ first season, celebrated by critics as “scary, seductive, surprising, and smart” (NPR) and “solidly entertaining, well cast and oozing with atmosphere” (Variety). Both Blu-ray and DVD collections also boast extensive special features that delve into the gripping thriller.

From three-time Oscar nominee John Logan (Skyfall, Hugo, Gladiator) and Oscar winner Sam Mendes (American Beauty, Skyfall), PENNY DREADFUL is a frightening psychosexual drama that weaves together classic horror origin stories into a gripping series that is “moody, mystical and wonderfully twisted” (Cleveland Plain Dealer). PENNY DREADFUL, starring Josh Hartnett (Black Hawk Down), Timothy Dalton (The Living Daylights) and Eva Green (Casino Royale), completely reinvents literature’s most famous characters. Icons of terror such as Victor Frankenstein, Dorian Gray and timeless figures from Dracula join a core of original characters in a dark and brutal quest to save a soul – even as they grapple with their own monstrous temptations.

PENNY DREADFUL – SEASON ONE includes the first eight episodes of the series as a three-disc collection, and will be available for the suggested retail prices of $48.99 US and $52.99 CAN (Blu-ray) and $42.99 US and $47.99 CAN (DVD). The Blu-ray Disc is presented in 1080p high definition with English TrueHD 5.1, and Spanish 2.0 Stereo with English subtitles and English SDH. The DVD is presented in Widescreen 16:9 with English 5.1 Surround, English 2.0 Surround, and Spanish 2.0 Stereo with English subtitles. The Blu-ray and DVD are Not Rated in the U.S. and rated 18A in Canada. The total running time is approximately 7 hours and 15 minutes.The disc breakdown is as follows:

CBS Home Entertainment manages the worldwide DVD and Blu-ray businesses for the CBS Corporation across all lines of content including current hits and classic series from the vast CBS library, as well as new releases from Showtime Video. CBS Home Entertainment products are released on the CBS DVD and CBS Blu-ray labels.