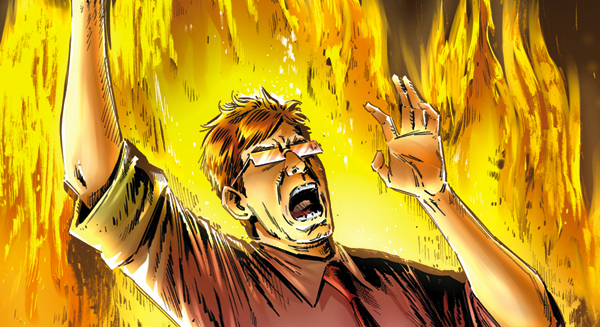 Dynamite Entertainment is proud to welcome The Damnation of Charlie Wormwood, the popular web comic first published by digital platform Thrillbent, to their print publishing library, beginning in October with the release of the first issue by Christina Blanch, Chris Carr, Chee, and Troy Peteri.  The debut issue features a color cover by Francesco Francavilla (Afterlife with Archie), plus an incentive cover edition by regular series artist Chee.

The Damnation of Charlie Wormwood dares to ask:  how far will a man go to save his son?  Charlie Wormwood has a pretty normal life – a house, a wife, a job, and a kid.  With his son sick, he begins treading a dangerous path to make things right.  Teaching in prison gives him many “opportunities,” but what problems will he create as he walks into the prison of darkness for his family?

“The whole Wormwood team is so excited about having our book in print,” says Christina Blanch, who co-wrote and co-created the series.  “I love digital and print, so there’s nothing better!  What’s great about being in both digital and print is that you get a different experience while reading the comic digitally and in print form.” 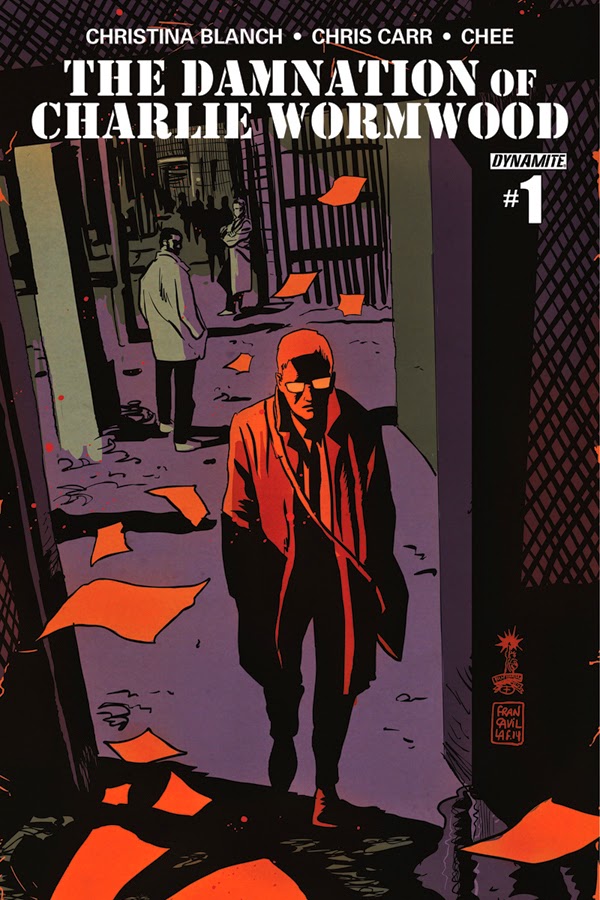 Co-creators Blanch and Carr originally launched the series via Thrillbent, a digital comic site created by award-winning writer Mark Waid and television writer/producer John Rogers.  Their first chapter debuted on April 3, 2013, with weekly chapters posted on Mondays.  They are currently up to the twelfth chapter of their second volume.

“One of the biggest treats for me was when I first saw the cover of the Dynamite book.  The book has always been in black and white, and we really don’t have covers for the digital version.  However, for the Dynamite #1 issue, both Chee and Francesco Francavilla did covers that were in color.  When I first saw Charlie in color, I just stared and stared.”

“The Damnation of Charlie Wormwood is hands-down a fantastic series.  Christina, Chris, Chee, and Troy could have set up the series with any publisher.  We’re honored that they chose Dynamite.  This is a great series and I cannot wait for comic stores to make the comics and graphic novel collections available to their fans for years to come,” states Dynamite CEO/President Nick Barrucci.

Critics have embraced The Damnation of Charlie Wormwood, as demonstrated below.

“The Damnation of Charlie Wormwood is really, really good… Blanch is turning out a terrific comic.”

“A smart and fast read that I would recommend to anyone that enjoys literary references strewn about their comics, and also those that love watching characters’ moral quandaries.”

– We Are Comic Reviewers