noun
1.  a novel in comic-strip format.

I read them all.  The good and the bad, so you don’t have to. 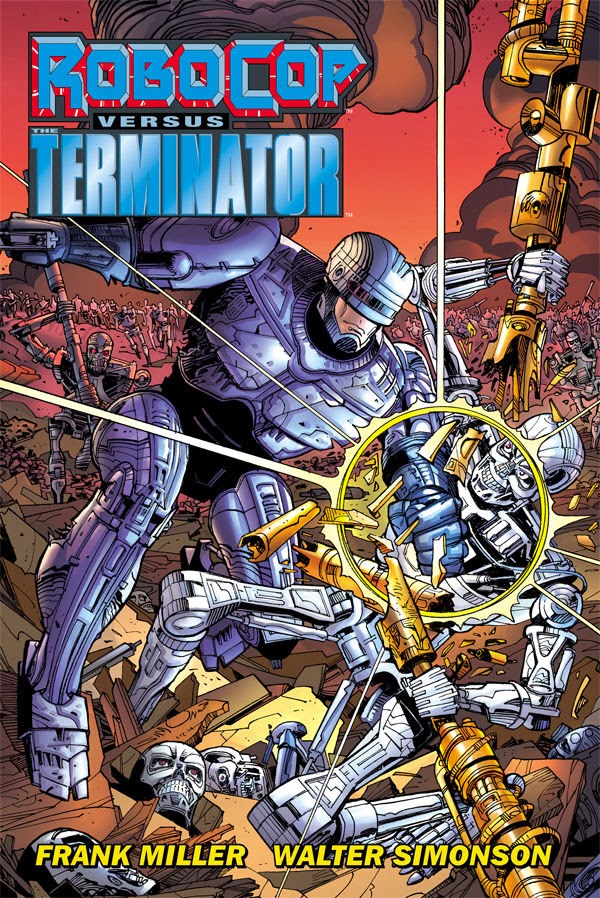 Seeing Walt Simonson’s vibrant and action filled cover made me drool in anticipation.

Unfortunately, my parents grounded me for some fifth-grade hijinks which prevented me from reading comic books for almost a year.

I never went back to read it when my sentence ended but thanks to Dark Horse Comics, I get to revel in a lost relic of my childhood.

The strength of this story lies in the portrayal of Robocop’s humanity. The fact that his existence leads to the creation of Skynet makes perfect sense and works flawlessly. The narration is not only informative but never takes the foot off the pedal when conveying the gravity of the situation.

Time travel storylines are either done very well or very poorly and Miller seamlessly switches back and forth between timelines as futures and pasts consistently checkmate each other in an attempt to save their version of reality. Whoever coined the phrase less is more never saw Walt Simonson’s artwork as splash pages and “Krunch” and “Gronk” moments kept my eyes glued to the page. Steve Oliff’s coloring brings a gritty since of wonder and despair to these images.

This newly restored edition is perfect for those who want a good crossover with depth and awe and those who want to enjoy it again for the first time. 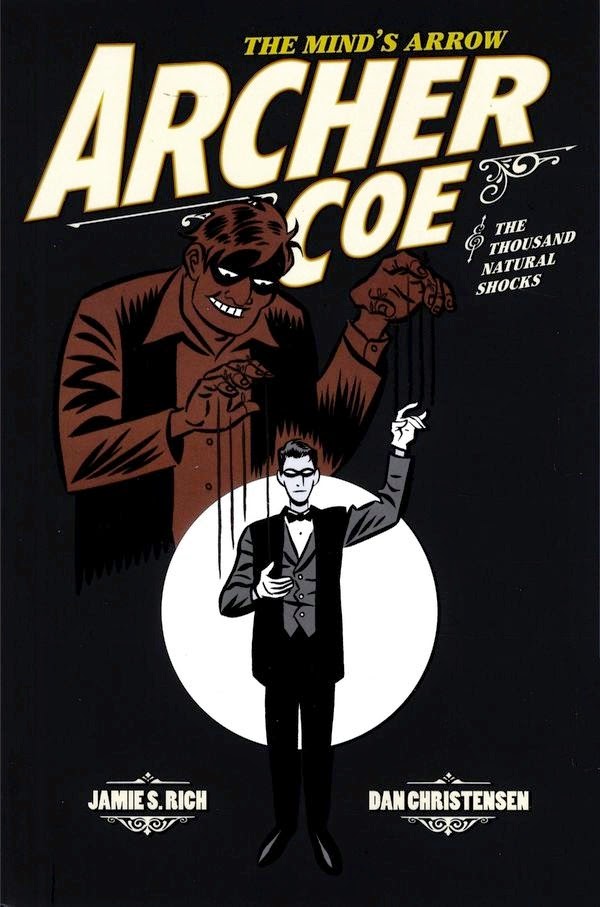 I’d like to imagine that being a hypnotist must carry some intense mind altering secrets.

That turns out to be the case for Archer Coe as his act as “The Mind’s Arrow” is as real as it gets.

Coe is a suave stage hypnotist who gets wrapped up in a murder mystery and for the first time, he doesn’t have all of the answers. That’s half the fun of reading this as Archer is often the smartest guy in the room.

Yet, his latest client, a women named Hope who claims to know him, changes the questions as he gets the answers.

Jamie S. Rich has penned an intriguing guessing game as each turn of the page made me crave the end game even more. There are several subplots that aren’t too heavy and fit in nicely with the overall theme of the story. Dan Christensen’s black and white artwork was simple and effective in illustrating this noir tale.

Some of the page layouts can be likened to the film, Inception as Archer ventures through several dream states to solve the puzzle of his memory. Archer’s specialty is ridding people of their vices, but it turns out to be one of his own vices that causes all of the trouble he finds himself in.

Besides the dialog becoming cumbersome at times, this is an enjoyable read that will make you think twice about volunteering to go on stage and gaze into a pocket watch. 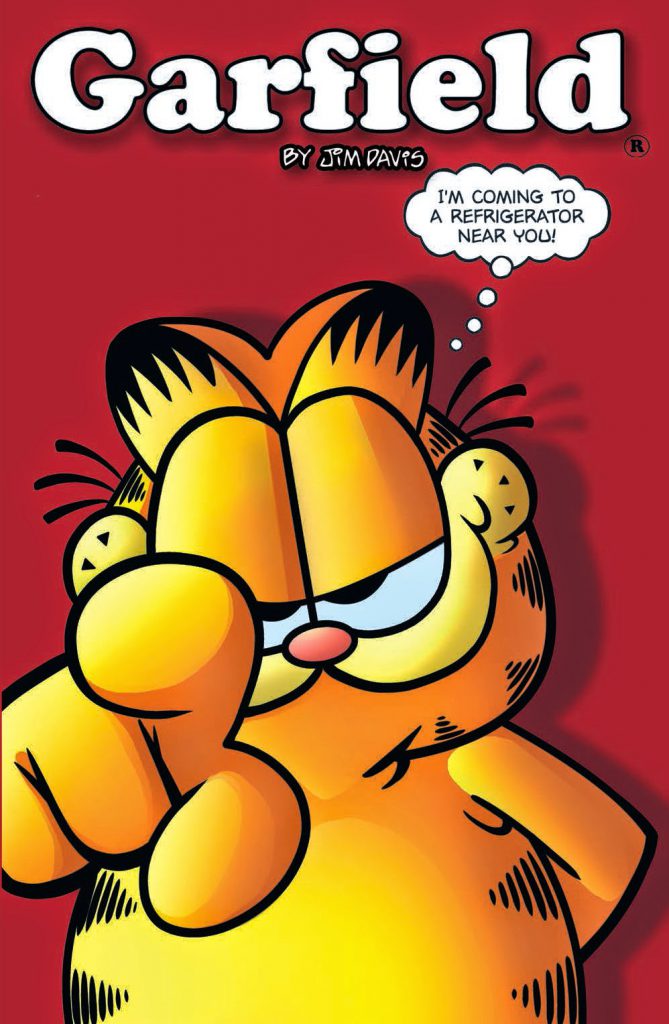 If you’ve ever wondered how Garfield would fare as a caped crusader or manage a particular diet, this book is sure to put a big smile on your face.

I find it somewhat difficult to review comics about such a timeless character because the dynamic never changes. Food makes the world go round for our favorite orange feline, causing all sorts of hair raising shenanigans.

However, Mark Evanier brings a fresh voice to these familiar tales. The 1989 animated special Garfield’s Thanksgiving deals with Garfield being ordered to lose weight, which ran the risk of ruining the big meal.

This time, he just can’t eat lasagna which is crazy to think about! It’s an obstacle course of hunger that jumbles his psyche and could put his favorite Italian restaurant out of business.

Making something old feel new again is the goal of comics such as Garfield;  Nostalgia, runs wild for older fans, while a new generation will hopefully appreciate the laugh out loud simplicity of a lovable and scheming fat cat.