The new FX series Tyrant introduces the lead character’s brother, the crown prince of a fake Middle Eastern dictatorship that feels like an Iran/Saudi Arabia mashup, by showing him raping a a commoner’s wife.
Jamal Al Fayeed attacks the woman as her husband and young children are forced to sit outside their apartment’s front door, listening to her attacker’s grunts and their mother’s stifled yelps of pain.

And that’s just one of three scenes of Jamal abusing a woman.

In the first episode of another FX series, Fargo, an asshole bully of a character, Sam Hess, is rolled out to use by his casual taunt of lead character Lester Nygaard, calling him “Lester Niggered.” Hess does this in front of his own goober-headed, chip-off-the-old-rotten-block sons.
Of course, each of these actions by these characters are repulsive, horrific and evil. Of course we’re immediately supposed to dislike these men, see them as awful people, and cheer if any comeuppance befalls them.
Look at them: rapist and racist. These are the guys it’s OK to hate.

However, it also made me wonder: Why exactly did either show have to immediately throw out sexual assault and racial bigotry, from the get-go, to establish these characters?
I just don’t know that, in 2014, rape and racism should be go-to items in the instant-characterization bag of tricks.

I get that the structure of TV and film means that writers and directors must rely on easily accessible, reasonant imagery and dialogue to immediately sketch what kind of person a character is. You don’t have the time to “get to know” a character, and a big first impression is necessary.
You see this in nearly every genre you can think of, and it’s especially true in TV pilots. Gotta have sticky, defined characters for the audience to pick up on and to which they will attach themselves. And you have to do it fast.
But, when using bigotry/racism and rape/sexual assault – both of which are complicated in real life as extensions of deep-seated dynamics of social, economic and institutional power and disenfranchisement – as a trope, fiction can run into some territory that’s tasteless at best and green-flagging racism and misogyny at worst.
Most of it comes from how they are framed, and in what way they can be viewed. When I think of Jamal Al Fayeed’s introductory misogyny and Sam Hess’ salutory racism, I think of how this is meant to show these are the bad guys in the show. 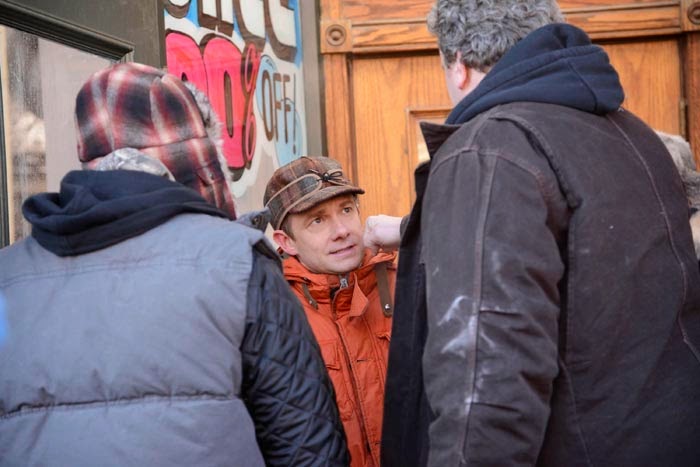 Rapists are most often depicted as strangers even though most victims know their attacker. A powerful man will gain supporters, calling a good man, and question his accuser. Even a white person who is recorded making bigoted statements will later tearfully say he or she is not a racist, but a good person.
This makes sense, in a way. It makes sense in a culture where rape and bigotry – both of them the systemic actions of interlocking institutional factors that make up sexism and racism – are de-politicized from their power-seated origins and personalized into individual behavior alone. Only bad guys rape or help rapists. Only bad guys are racists.
In that view, racism for the dominant group (in this case, whites) becomes about feelings and attitudes, and making sure you don’t say or do the wrong thing that’ll get you accused of being a bad guy. Reminds me of how Mel Brooks said white audiences of Blazing Saddles cringed at the old white woman greeting Black Bart with an angry “Up yours, nigger!”

In that society of personalized, de-politicized oppression, misogyny and rape for the dominant group (in this case, men) becomes a game of excusing accusations of a crime already difficult to prove, of actively allowing or denying attitudes and behavior that creates space for rapists to act with impunity among you. Because you don’t want to know bad guys, right?
On Game of Thrones, it’s much easier to show an army of men storm a place and rape all the women and say, “Those are the bad guys!” while the director gives us male-gaze eyefuls of flopping breasts amid the carnage.

We probably can assume that the invaders would rape the women, as rape is often used as a weapon of war. Enough of real life shows us that, sadly. But no! Obviously we need some bouncing tits to illustrate the point, mixing our revulsion with arousal in a way the USA’s sexually repressed, Protestant-based country loves to do.
On Tyrant, it’s easier to show Jamal sexually violating women as an abuse of his power in an already abusive system of authoritarian government. Then, in the wedding and hospital scenes, throw in some easily perceptible bits tying that misogyny with his presumed Muslim Arab background. Doing so adds to the bad-guy quotient by further distancing Jamal from the presumed white Christian demographic that’s the backbone of viewership for high-end cable TV dramas.
On Fargo, perhaps it’s easier to immediately pit us against Sam Hess by his casual use of a racial slur. That’s so gauche, calling Lester that. Not only is Sam a bully, but a racist one. Double-whammy. We find out  a whole lot more about Sam Hess on the show, but the racial slur as one of his first lines was purposeful. It put the black hat – no pun intended – on him right away.

The Walking Dead did the same thing with Merle Dixon, making him such a Mississippi Burning-style cartoon racist in the first episode that we didn’t mind that he got accidentally handcuffed to a building as zombies rampaged toward him. We got much deeper looks into what kind of bad guy Merle was in later seasons, but his immediate mistreatment of T-Dog, a black man, set him as the bad guy right off the bat.

Never mind that The Walking Dead, until this past season, often employed the “rule of three” where it couldn’t have more than three black characters with lines at any given time. For example, T-Dog was killed just as a few more black characters appeared.
Part of Mad Men’s appeal is seeing how different society was in the 1950s and ‘60s, and part of that includes how racist is each white character going to be, and still remain likeable or relatable.
As they say, the antagonist – usually the bad guy – drives the action in any story. Tyrant has a lot going for it, and Fargo has been excellent week to week. Game of Thrones likely is the best attempt and result ever at bringing the narrative structure of a novel to serialized TV.
Some good and great villains are in each show, for sure.
All I ask is for that black hat not to drawn quickly and cheaply with expensive material.

In this article:Racism, Sexism, Television, Written by Marvin C. Pittman