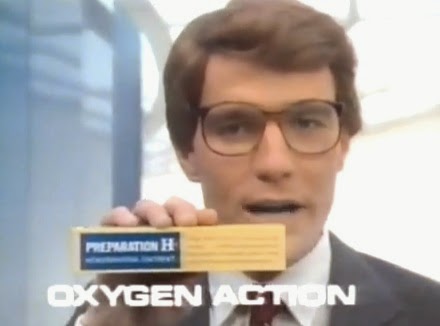 But there’s something kind of Walter-ish about his conviction in the power of oxygen to shrink your ass bumps and, if you look at the intensity in his eyes, you sort of feel that he would have no problem running over some hemorrhoids in his car before shooting them in their heads.

And when it comes to growths on my bunghole that’s the kind of strength I want when slathering cream on the ole chocolate starfish.

Advertisement after the break.