Frogs are some of the cutest and most innocent creatures on Earth.

Who could ever imagine them as a horrifying menace?

Well, here are half a dozen fantasy-horror films that tried to do just that.

Since my territory is classic cinema, my list will stop in the early 80s.

While these frog-horror movies hail from different times and places, one thing that ties them together is their weirdness.  It seems that whenever filmmakers used frogs for monsters, they were aiming to be daring and creative.

So while the results are mixed, the movies remain as strange, and strangely enjoyable, viewing experiences.

I’ve written more about each of the films in my Claws & Saucers guidebook, but I hope you’ll enjoy the comments, comparisons, and links below. 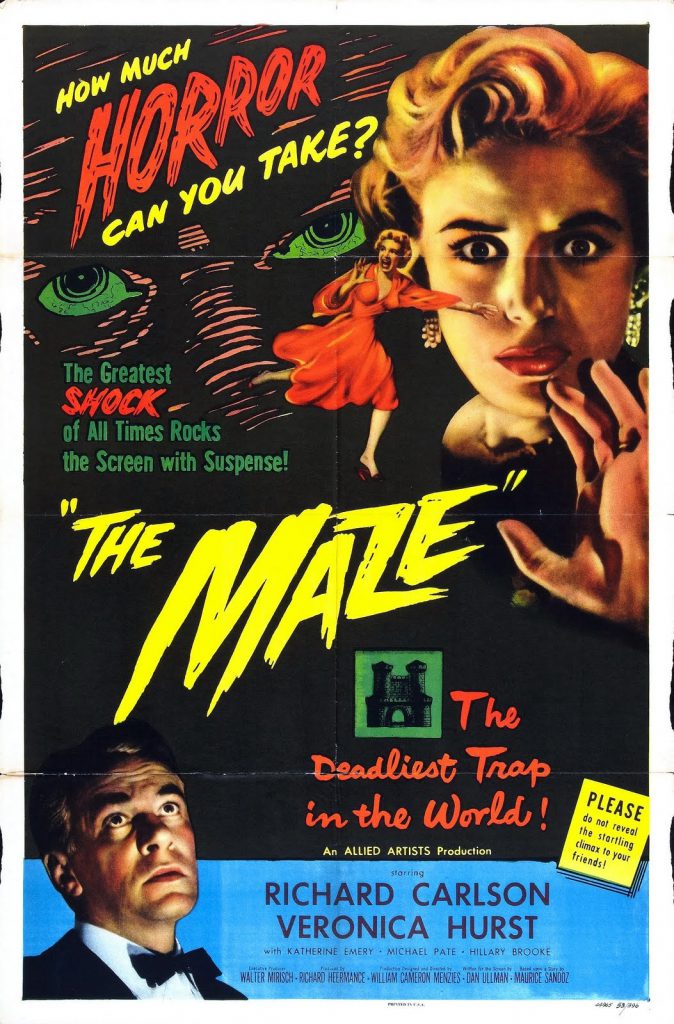 This ambitious picture from the director of INVADERS FROM MARS is half old-fashioned Gothic drama and half newfangled monster movie.

At first it feels like Hitchcock’s REBECCA, with a young woman realizing that a Gothic mansion hides a sinister secret. 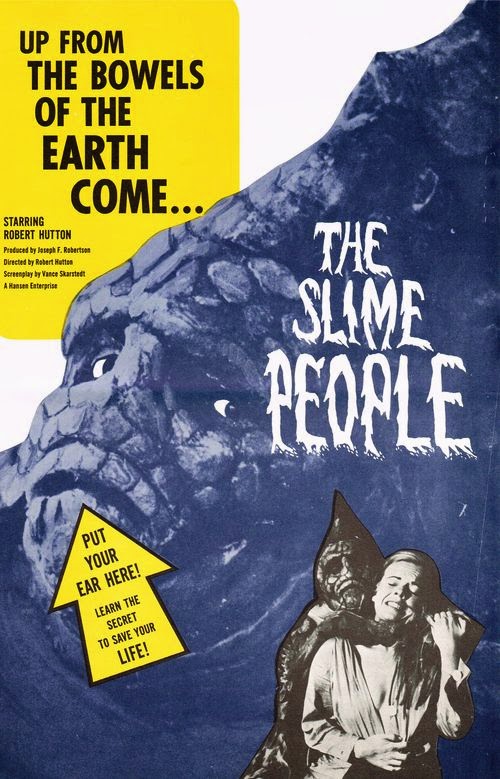 Apparently only three slime suits were constructed, since we never see more than three on screen at once.  They look like frog people, but they are also “fog” people since half the movie is shrouded in fog.  It’s short and quick, with entertaining dialogue. 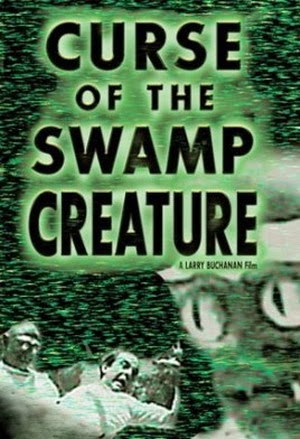 Here’s an incredibly inept B-movie made for television by the director of MARS NEEDS WOMEN.  John Agar (whose career had a promising start back in 1948 with FORT APACHE) plays a geologist trying to rescue a woman from a mad scientist in a Florida swamp.  What’s the mad scientist experimenting with?  Hybrid human-swamp creatures of course!

Although the monster suit has obvious ping-pong balls for eyes, it’s not bad for 1966 and should have gotten more screen time.

The best bits are the mad scientist’s ravings.  “All strangers out of my swamp!” he shouts.  He’s a little like a symbolic slave owner, since he lords it over some hapless poor black “natives.”  Bad for fans of good movies, but good for fans of bad movies. 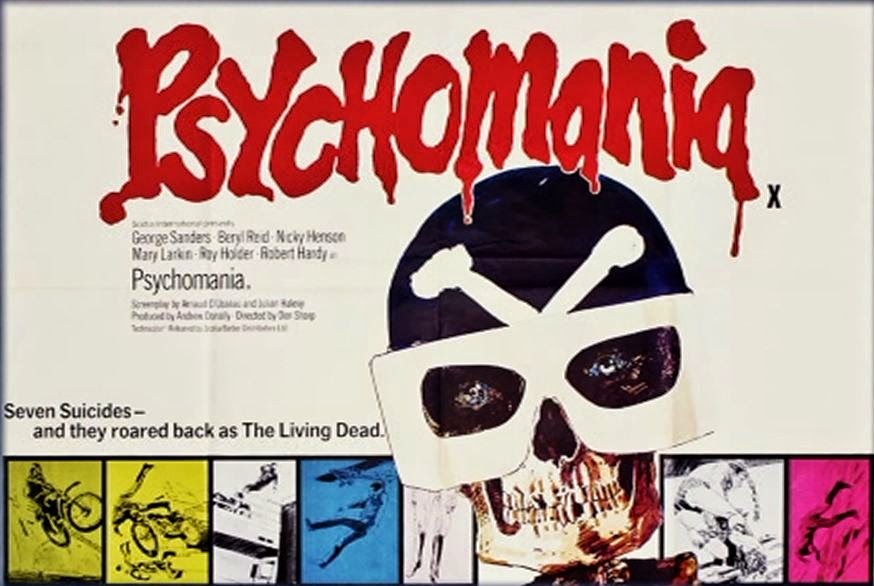 This British picture has a sense of humor, and it sure needs one, as it ambitiously combines biker movies with supernatural horror and hippie folk songs.

Our anti-hero leads a biker gang that learns the secret to immortality: you must kill yourself… but you must honestly believe that you won’t die permanently… and then you’ll simply pop back up to life.  How does the gang learn this secret?  From a frog demon!

As with THE MAZE, you’ll wonder what one thing has to do with another, but you won’t be bored while you watch.  Our heroine is an innocent girl tempted to join the sinister biker gang but worried about their increasingly destructive actions.

The frog demon appears only briefly, so the undead bikers are the main point. 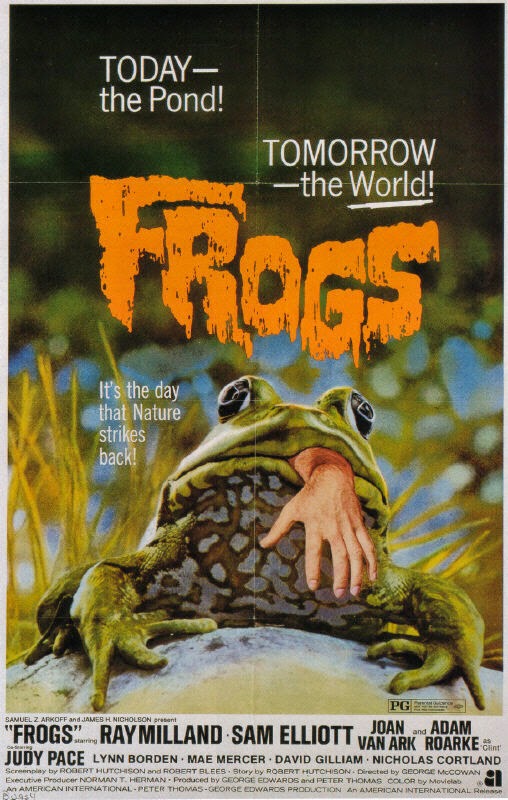 Starring Ray Milland – who won an Oscar back in 1945 for THE LOST WEEKEND – this oddball Eco Terror film makes regular bullfrogs into cryptic villains.  It seems that humanity’s contaminated consumer waste products have given bullfrogs a super telepathic intelligence… and a motive to strike back.

Instead of directly attacking us, these telepathic frogs command everything else in nature – other creatures and even plants – to do the attacking for them.  One of the promo posters proclaimed “Today – the pond!  Tomorrow – the world!”  It could have been better, but it’s not bad. 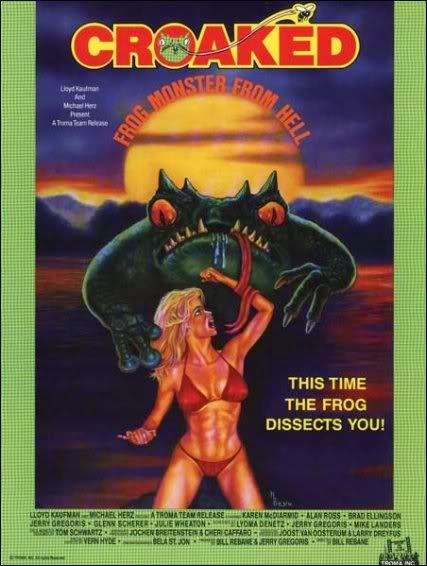 Originally released as “RANA: THE LEGEND OF SHADOW LAKE,” this very low budget movie depicts a frog-man attacking victims at an isolated mountain lake.  The frog-monster suit is cheap, but the gore is entertaining.

An ornery old trapper is the most memorable character, though the hero is a naive guy who glimpsed the monster when he was a kid and now returns to the lake as an adult to see if it’s still there… and if it really guards old Indian treasure.

It’s best for Bad Movie fans, but it’s decent for gore fans, and you’ll even perceive some ALIEN influence at the conclusion.