A few months ago, I did a double feature of New York movies that showed two different sides to The City: one beautiful and full of magic and the other ugly and full of grime.  I’m going to focus on the DEEP grime this time.

These two movies were made during the height of the Grindhouse experience on The Deuce.

In fact, they were both filmed using a lot of the people who hung out in the Grindhouses, disgusting human beings that they were.

One of these movies is a lot of fun.

The other will make you want to take a shower after watching it.

Ok, maybe they both will, but one of them will ACTUALLY make you feel dirty in more ways than one. 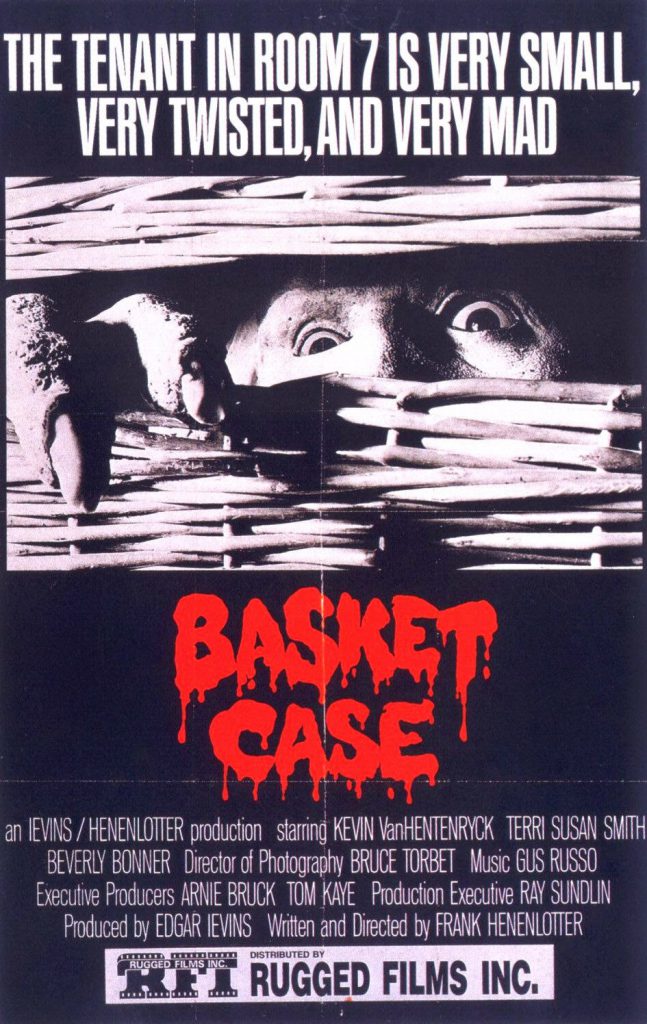 Basket Case is the story of brotherly love. Duane Bradley (Kevin Van Hentenryck) is a young man who just can’t leave his brother behind. Belial is his formerly Siamese twin brother. The one in the basket.

Duane takes Belial to New York City for reasons unknown until about mid-way through the movie. Suffice to say, there’s a lot of blood and grue as Belial kills. Things only get worse when Duane meets Sharon (Terri Susan Smith in her only film role), the receptionist at a doctor’s office. The two start a budding romance and Belial goes a little more insane.

This is a classic seedy New York movie. Henenlotter was friends with a lot of people who hung out at the grindhouses on The Deuce. He hired them to act and work on the movie. It was made pretty much on the fly with no permits and in some of the grimiest, dingiest areas of the City. Duane even goes to one of the grindhouses to check out a kung fu flick or two.

Much like Re-Animator, Henenlotter plays the gore and horror for laughs, which makes this one of the early splatter films. Not as gory as the later ones, but nearly as offensive, complete with incredibly uncomfortable “sex” scene that made crew members walk out on the production. You know it must be bad if a New York film crew walks out.

I love this movie. It makes me feel all squishy inside and makes me long for a time that I never knew…even though I know I wouldn’t have felt comfortable there. Or safe. Or good. 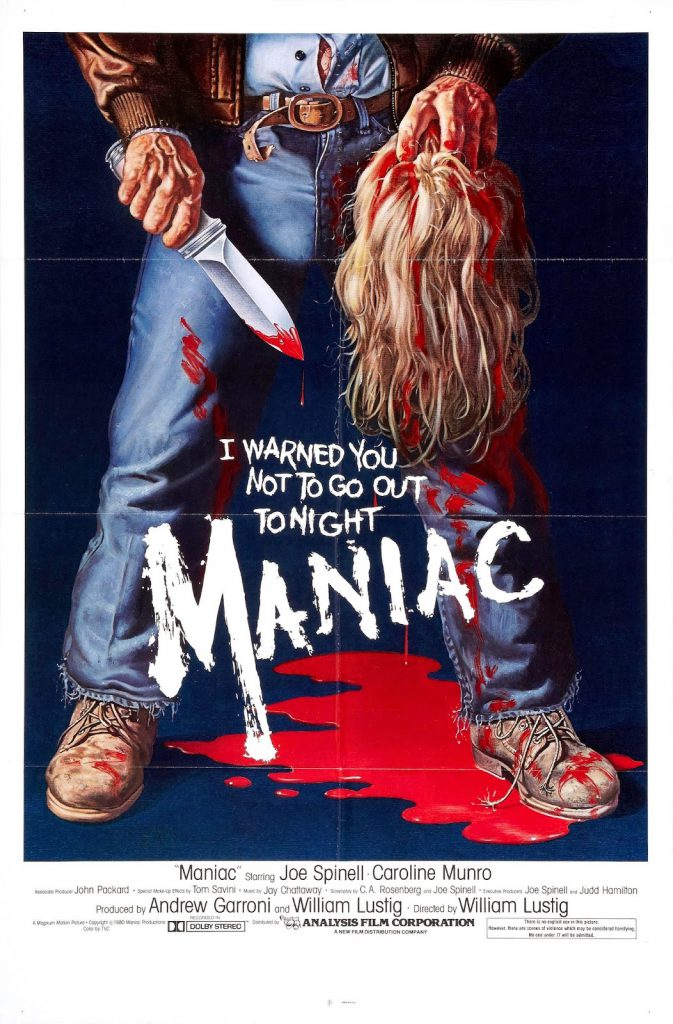 On the opposite end of the spectrum is Maniac.

It’s the story of Frank Zito (Spinell), a completely deranged man who wants nothing more than to kill women and put their scalps on mannequins. He literally turns the women into objects. Yes, he was abused by his mother as a child. Yes, he had his horrible psychologically problems. But he’s a monster and this movie is probably the most misogynistic movie ever made.

I have a very complex relationship with Maniac.

Joe Spinell, apparently, was a super nice guy and never meant for the movie to be as offensive as it was. He was actually going to make another film that was going to make up for this one, but he died near the beginning of filming. But Maniac is so depraved and so hard to watch at times that I just can’t see him as anything but a sleaze ball who hates women. It’s a classic of its time and genre and its definitely worth watching for fans of horror. But it’s one of the more difficult horror films of all time.

What’s so indicative of the time it was made is that not a lot of people talked about the misogyny when it came out. They were mostly upset by Tom Savini’s gore effects when his character’s head gets blown off by a shotgun.

Much of the film was filmed on The Deuce and is shows the filth and depravity of the area in the late 70s. It’s a dark and grimy movie that is relentless in all ways. There’s been a lot written about this movie but, even with a recent remake, I feel like the movie has been basically forgotten about. It’s a movie that should be talked about. We need to keep these discussions open so that we understand where these kinds of films come from.

The remake with Elijah Wood in the lead role is actually an interesting dissection of the original premise. Instead of it being voyeuristic and almost celebratory of its subject, the entire movie is shown from Frank’s perspective, making the viewer also the killer. It makes the film even more uncomfortable by implicating us in the killings. We are all Frank Zito, whether we like it or not. We all have our misogynistic streak, unfortunately. We do our best to bury it and not allow it to rear its ugly head. It’s a horrible feeling, but an important one. And it makes the remake a slightly less morally apprehensible film.

Both of these films show us what it was like to be in the worst parts of New York City in the late 70s and early 80s. It could be a lot of fun like Basket Case or it could be horrible and ugly like Maniac.

But it was always fascinating.