There is no doubt that HBO leads the pack in as far as best original programming. Even back in the early days of the cable network when Tales From the Crypt and Dream On were among the offerings, it was clear that its programming was above and beyond what was being offer by the Big Three (it was three at the time, ya know?).

Part of the reason is due to the channel’s ability to give creative freedom to showrunners. This freedom gave the network a leg up on it’s competition to deliver both quality and entertaining shows that were truly originals.

Also, an excessive amount of boobs and blood helped.

Part of what makes the network’s original programming great, in addition to the genius writing and inspired direction, are the actors. Casting on many of HBO’s shows have always been inspired. Just looking back at the last ten years of Emmy noms supports proves the statement.

Perhaps one of the best parts of the any new HBO show is playing the game “Where do I know this actor?”

While many new shows usually have a scattering of familiar faces, HBO likes to astound viewers by taking a talented and well-known (or at least recognized) actor out of his or her usual element and give them the chance to shine in an unexpected role.

The transformation is usually so complete that it takes a few episodes before the viewer can even make the connection that this thesp is the same one from his/her one-time favorite series/movie/telenovela/Harry Potter film.

It’s seems that every time HBO unleashes a new show, there will inevitably be a eureka moment of “Holy crap, that’s _____!”

Also known as the Gary Oldman Paradox, this phenomenon does not apply exclusively to HBO, it just so happens that HBO programming has the highest amount of shocking casting realizations.

Let’s look at Game of Thrones:

This can go on forever. Sookie Stackhouse won an Oscar, Eric Northman was on Generation Kill, Elijah was in Book of Mormon, Amy Brookheimer once palled around with Macaulay Culkin…the list goes on.

As HBO’s latest endeavor The Leftovers begins to pick up the pace, familiar faces from past begin to emerge as fans begin to recognize Arwen and the evil DJ from Zoolander amongst the cast.

So next time you sit down on Sunday nights to enjoy HBO’s latest opus, here is a little game you can play along with the show. 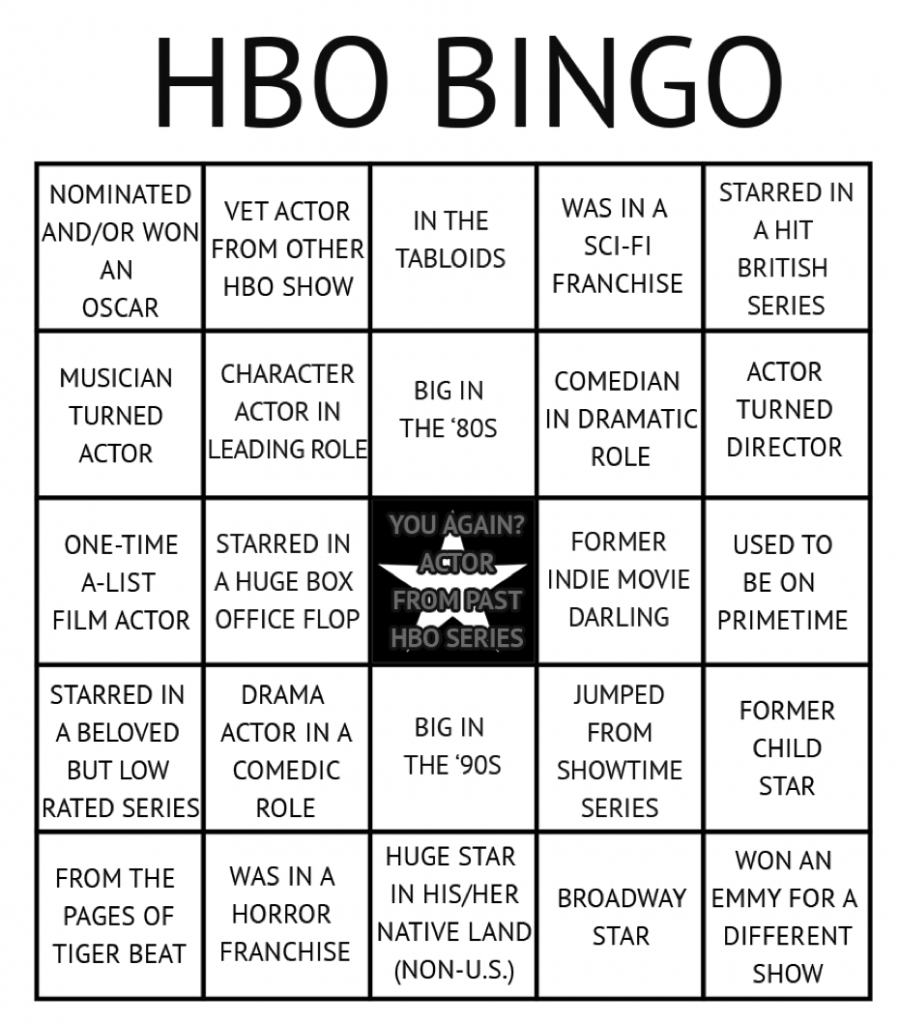 In this article:Casting, Game of Thrones, HBO, Television