We’re just days away from a new Time Lord and a new season of Doctor Who, and the world is still filled with folks who have yet to pay a visit the Doctor.

What began as a teaching aid for youngsters, Doctor Who is now BBC’s flagship show, watched worldwide by legions of fans.

Over 50 years, it has given more than its fair share to the pop culture lexicon.

With the Twelfth Doctor set to take over the Tardis, it’s easy for fans to get swept up in the enthusiasm and want to share it with anybody and everybody they know. But that can prove to be a bit of a challenge.

Getting to know the Doctor can be a little intimidating. With five decades of backstory, 12 (or 13 if you count the War Doctor) actor in the lead role and legions of companions, the non-Who watcher can easily buck the calling.

First, you have to sway them. Here are a few arguments you can use to get the average TV watcher to give the Gallifreyan a go.

The most used excuse for not watching Doctor Who is “I don’t like sci-fi.”

First off, why are you friends with these people? Whatever. No judging. Let’s just pretend it’s a cousin or something.

Anyway, that’s when you pull out the line: “Actually, it’s pretty much nightmare fuel.”

Primetime is now a blood-soaked horror show. And I mean that in the best possible way.

Most people don’t realize that Doctor Who is no exception. While light on actual gore, the show is filled with plenty of scares. Weeping Angels. The Vashta Nerada. The Silence. Creepy fucking kids in gas masks. The list goes on.

Fun fact: Any monster that lacks a mouth but can still eat you will probably be described vividly on a therapist’s couch later in life.

2. Everyone you love from every show you love is in it

Doctor Who is to Britain what Law & Order is to the U.S., meaning that every working actor at some point got to either fight on the side of or against the Doctor.

Love Game of Thrones? Did you know that before Vyseris traded his hottie sister to the Dothraki, he was an evil Victorian prick with an equally evil family? And a brunette? Check out Harry Lloyd in      The Family of Blood. 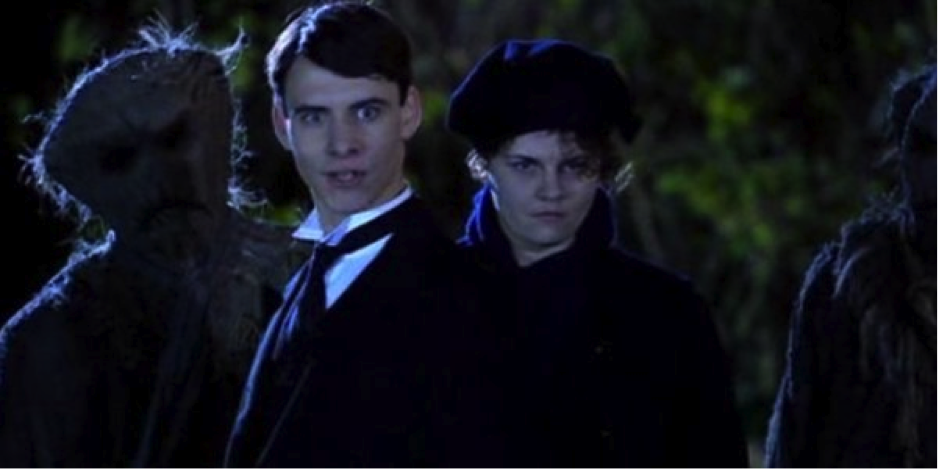 Jorah Mormont, Gendry, Davos, Jojen…dozens of GoT peeps have had their time in the Tardis before they joined the battle for the Iron Throne.

Like Downton Abbey? Did you know that after Isobel Crawley left the peaceful countryside, she became the Prime Minister and destroyed an alien race? Matthew would be so proud.

So, familiar faces help easy newbies into the Who-niverse.

It really, really, really is. The writing is quick and superb, and in combination with fantastic actors who have great timing, it can be some of the funniest bits of squawking on TV.

And I’m not the only one who thinks that. Tons of funny folks of lined up over the years to work with (or against) the Doctor. Catherine Tate, Simon Pegg, Jessica Hynes, Matt Lucas…almost everyone that ever had a show on the BBC that was cancelled prematurely.

So, with these excuses in tow, now you have to ease a newbie into the Who-niverse. Here is a list of gateway episodes that can help transform any first-time watcher into a fan.

How To Make The Doctor’s Acquaintance in Seven Easy Steps

Not surprisingly, the show regarded by most as the best Doctor Who episode of all time is by far the best for an easy introduction into the series. Perhaps its because it’s surprising light on the Doctor himself. Instead, the episode is a perfect example of how smart the show can be.

It is Doctor Who at its best, but without Doctor Who.

The stand-alone bottle episode contains some of the shows most inspired writing, while giving newbie audiences a crash course in the Doctor’s theories of timey-wimey.

Plus, holy hell is it terrifying. This is the world’s first look at the Weeping Angels, which would later become recurring figures in future episodes and cosplay conventions.

What Blink offers in scares, Girl in the Fireplace offers in heart…terrifying mechanical French-steampunk heart.

In the span of 40 minutes, viewers watch as the Doctor falls for the enchanting Madame de Pompadour, the mistress of King Louis XV, of whom he protects from clockwork evil baddies set on harvesting her brain.

Girl in the Fireplace showed off the Doctor as a romantic character, a swashbuckler eager to save a damsel in distress, but also easily wounded and deeply affected by those he meets on his adventures.

Key Scene: Trapped in a paradigm shift where five minutes on the ship passes like 10 years on Earth, Madame de Pompadour could not wait any longer for her beloved Doctor to return, for she had a more urgent calling.

There are so many reasons to love The Doctor’s Wife. Written by Neil Gaiman, this episode spotlights the other main character of Doctor Who: The Tardis.

No longer a big, blue police box but a living, breathing gal with arms, legs and a wicked comic timing, Wife explores the relationship between the Mad Man and his box.

And my God, is it friggin’ funny.

Lured to a distant planet in search of other Time Lords, Matt Smith’s Eleventh Doctor must team with his “Tardis” to save companions Amy and Rory.

THE DOCTOR
She’s a woman and she’s the Tardis.
AMY POND
Did you wish really hard?
THE DOCTOR
Shut up!

4. & 5. Silence in the Library and Forest of the Dead
Writer: Steven Moffat
Director: Euros Lyn

While visiting a planet-sized library, the Doctor meets up with Dr. Song as she leads a group of explorers there to find out what happened to the planet’s missing populace. While there, flesh-eating monsters emerge from the shadows, taking out the unwelcomed guests one by one.

Filled with good, old fashioned scares, Silence in the Library and Forest of the Dead will give newbies a taste of perfect pacing, as well as two of the best female characters to ever grace the series.
The story also launched one of best Doctor Who story arcs of all time: Who is River Song?

Key Scene:
Silence in the Library: When the library “saves” Donna
Forest of the Dead: River make the ultimate sacrifice…but it is only just the beginning for the Doctor. 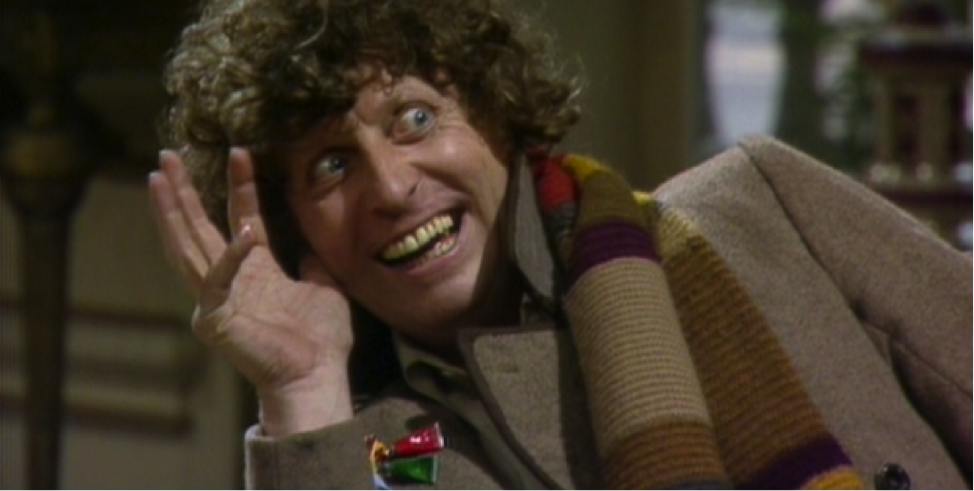 Starring what many consider to be the “quintessential” Doctor (Tom Baker), the time-travelling alien must find out who is tampering with time or else all of humanity will be destroyed. Throw in hundreds of Mona Lisas and a member of Monty Python for good measure.

Why the storyline itself might seem slightly humdrum in the Who universe, the episode showcases Baker at his very, very best. His slapstick humor and ability to play off his co-stars spotlight Baker’s brilliance in the role he would occupy for seven years.

While many would argue that Genesis of the Daleks is the best of the Baker episodes (self included), City of Death is the best introduction to the scarf-wearing, Jelly Baby-loving Fourth Doctor.

Key Scene: “Dear Leo, sorry to have missed you. Hope you’re well. Sorry about the mess on the panels, just paint over them, there’s a good chap. See you earlier, love the Doctor”

In the (new) beginning, there was Christopher Eccleston…and he was fantastic.

The first episode of the new reboot since the 1995 Paul McGann TV movie, Eccleston’s Ninth Doctor was a leather-wearing badass who could take a punch as well as give one.

In this episode, we also meet Rose, who will be the first (and many would argue the best) of the Who companions. As the two battle attacking mannequins, audiences get a crash course into the new Who, complete with new seedy dark undertones of the time-jetting icon.

Key Scene: “Nice to meet you, Rose…run for your life!” 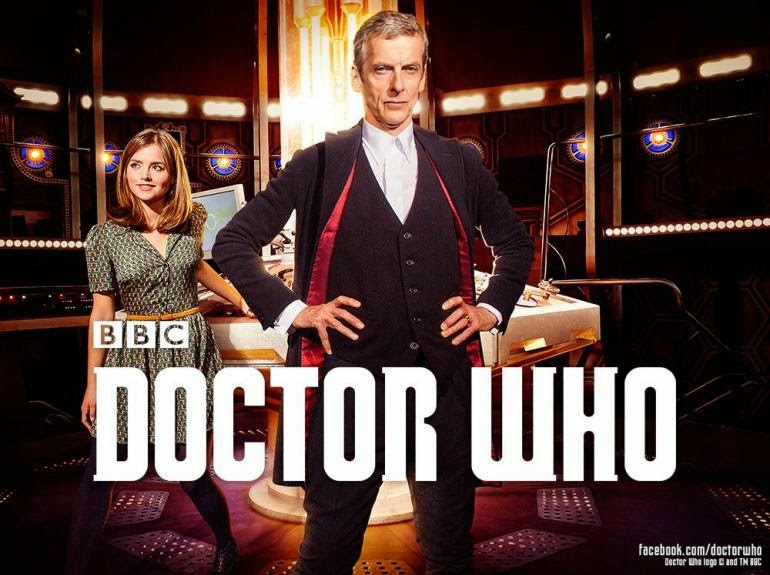 So, now armed with these conversion tactics, go forth. Recruit. Add to the already growing Who Army. And watch the premiere of season eight on Aug. 23.

In this article:Brit TV, Doctor Who, History, Television