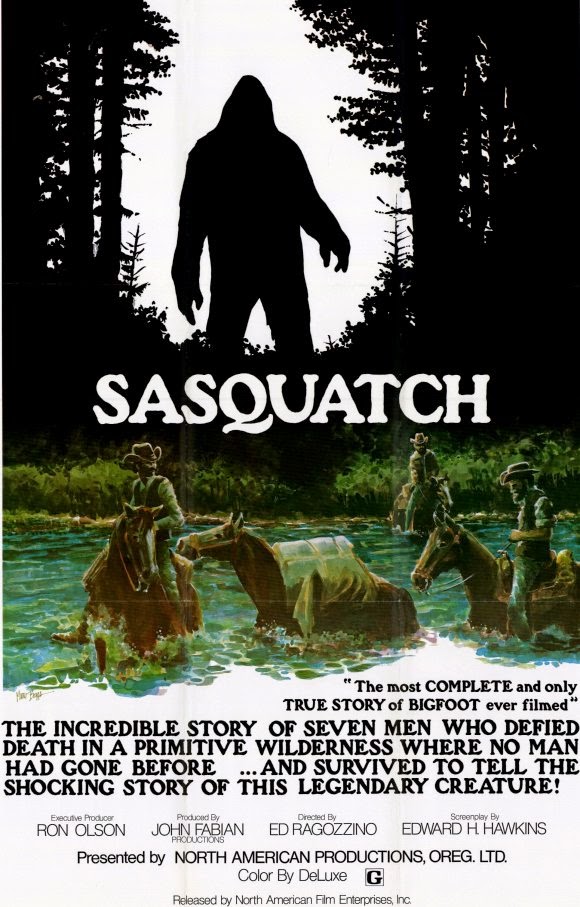 Sasquatch- The Legend of Bigfoot is a craptastic docudrama that isn’t so much as “good” as it is “weirdly watchable” and I only recommend it for nostalgic reasons. I absolutely loved this film when I was a young’un because 1) It was about Bigfoot and if you grew up in the Pacific Northwest in the 70s you were enamored with it and 2) The film was shot in the Three Sisters region of Oregon, near Bend, where my family camped almost every summer (and it was kind of cool thinking that we could all be killed inside our tent by a huge man-beast…I was a weird kid).

Unlike some of the other Bigfoot movies of the 70s (Legend of Boggy Creek, Curse of Bigfoot), this one at least tried to make the search for Bigfoot interesting (although not by much) and featured scenes of COMPUTERS that knew where the Bigfoot creatures were (because COMPUTERS know everything) and animal attacks that scared the shit out of me.

I won’t tell you that you will like this film (because there is a very good chance that you won’t) but you will kind of enjoy it because you’re bored.

Yep, that’s about as much praise as I can muster.  Watching Sasquatch is almost as much of a struggle as dealing with actual foot pain.