What is a childhood without a heavy dose of animation?

In this day and age, even grandparents can recall watching animated heroes fighting baddies, be it young grandpas who watched at home on dialed tellies or older pappies who caught the afternoon matinees.

Cartoons. They shaped us. They fed our minds. They ruled our thoughts before sex, money and vanity took over our waking moments.

For the first decade of most of our lives, cartoons were king. 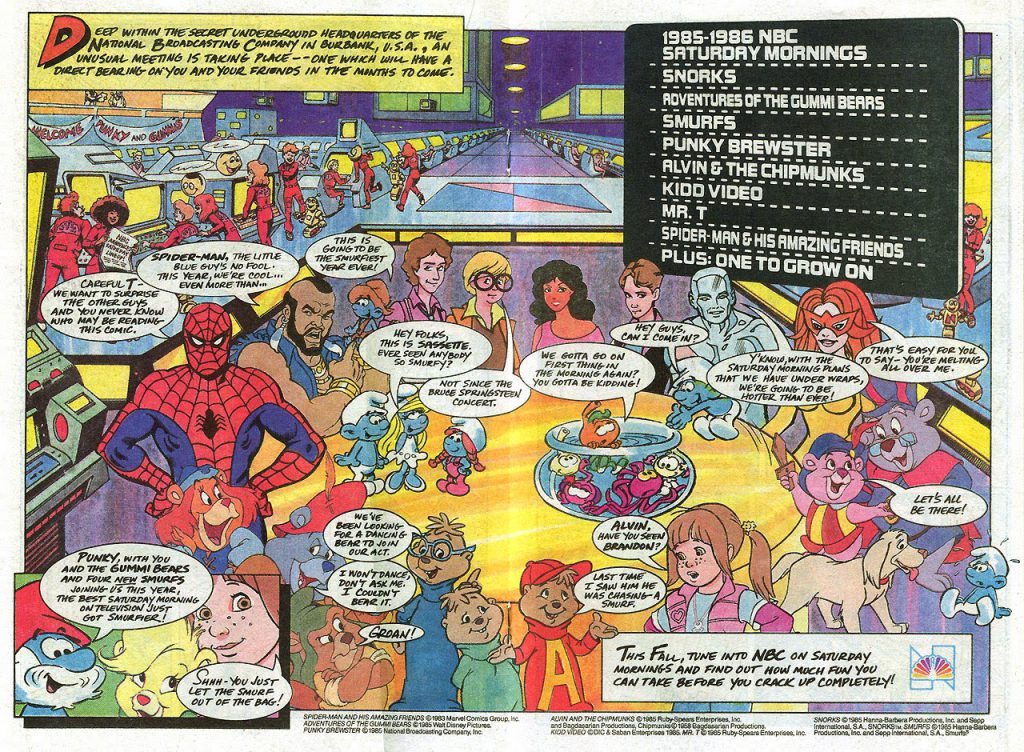 And for most of us (Hasidic Jews, the Amish, kids whose parents had a “Throw out your TV” bumper sticker not included), Saturday was a holy day.

For decades, children instinctively understood the Saturday morning ritual. It needn’t be explained nor shown. Like ants or bees, it was almost involuntary.

The lineup included copious amounts of pastel bears with sugary sweet dispositions, intergalactic warriors who may or may not later be blamed for later fascinations with leather daddies and celebrity starrers where bands/sports figures/Mr. T helped teens solve mysteries.

Saturdays were not for the weak. 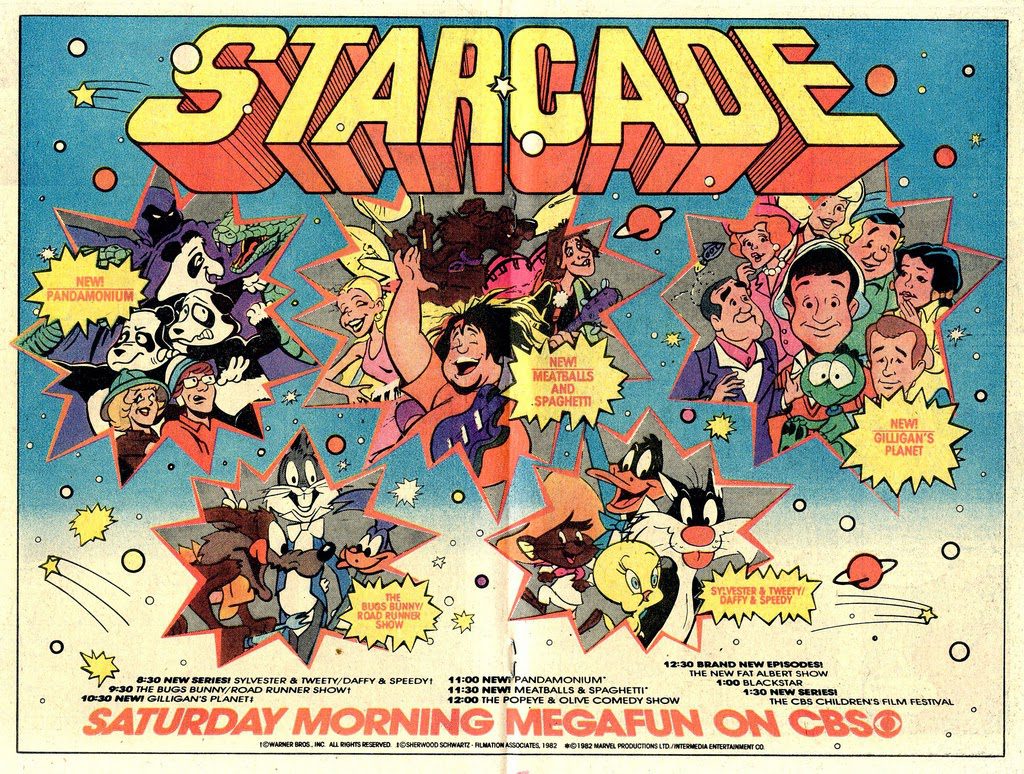 However, it looks like the Saturday morning ritual is a thing of the past.

In today’s day and age, it’s hard to find the mind-numbing timekillers of yesteryear.

So, let’s take a small look at the 30-year difference between schedules of the big three… 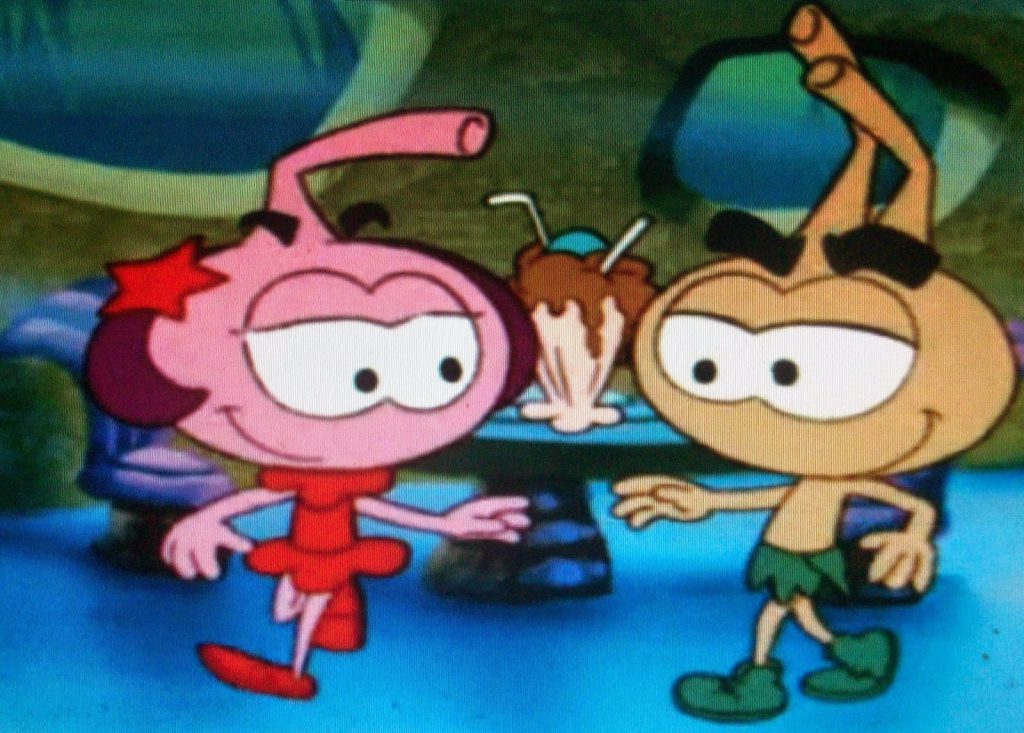 Underwater Smurfs rip-off. The same exact formula as their blue three-apple high cousins, just add water. I am willing to guess that is exactly how the TV exec pitched it.

Followed the ‘80s reboot formula of adding & Son(s) to a character to give an old favorite a much needed boost. The older son rocked a turtleneck on a surfboard. All three were kings of cool. 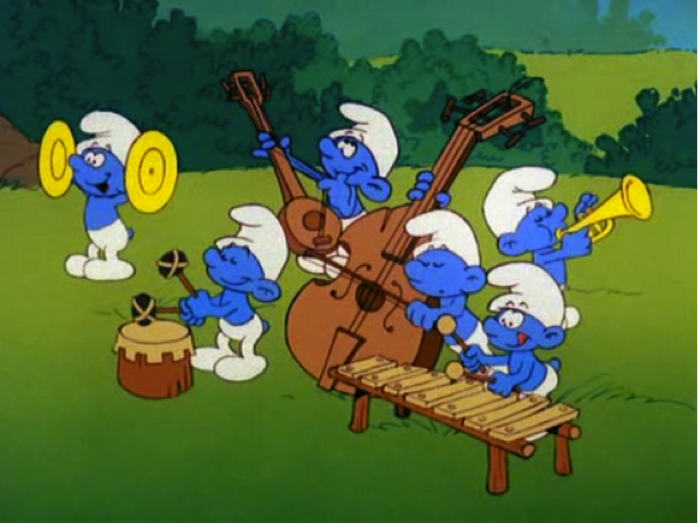 Ninety minutes of smurfy goodness. Originally only boy Smurfs, Smurfette soon joined the village, then the Smurflings and Baby Smurf. Yet the Dance of 100 Smurfs stayed the same. The lesson learned: Hide your dead from the eyes of prying children.

Alvin and the Chipmunks 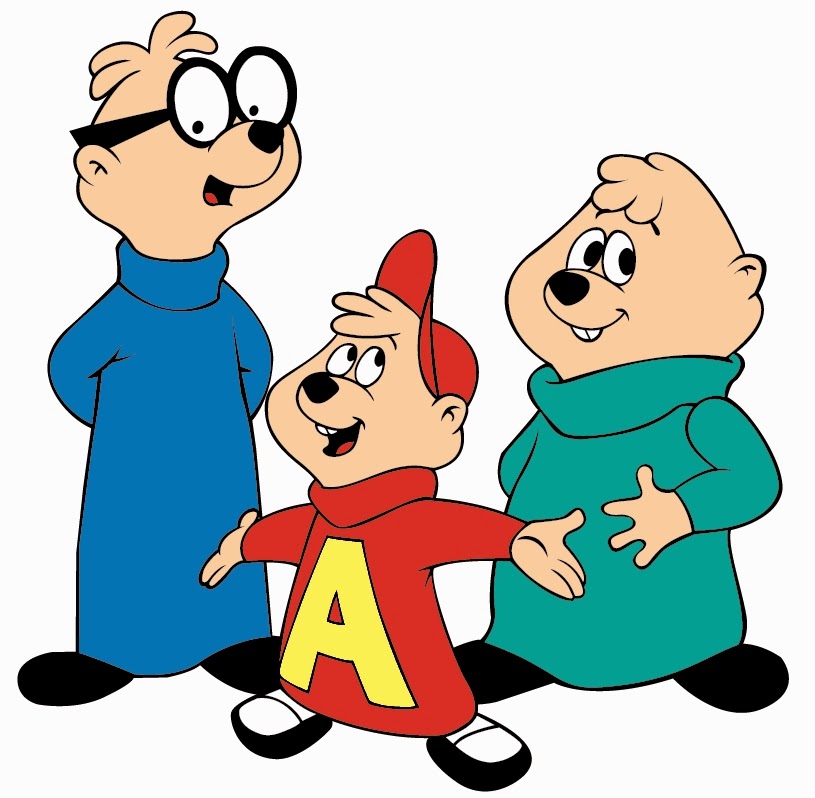 Rodents in sweaters covering pop songs. It had a loyal fanbase for high-pitched screaming renditions of classic pop songs. Somewhere.

Be still my young heart. Driven by fantastic pop songs such as “Video Romeo,” “Turn Me Up” and the theme song “Video to Radio,” this animated/live-action mix, completely bat-shit insane show was a personal favorite. “Guest stars” were clips from popular videos cut into the animation. For example, in the first episode, Lionel Ritchie was held captive when the “All Night Long” vid was shown in a bubble by the Master Blaster.

Drugs were stronger 30 years ago. And colors were brighter. 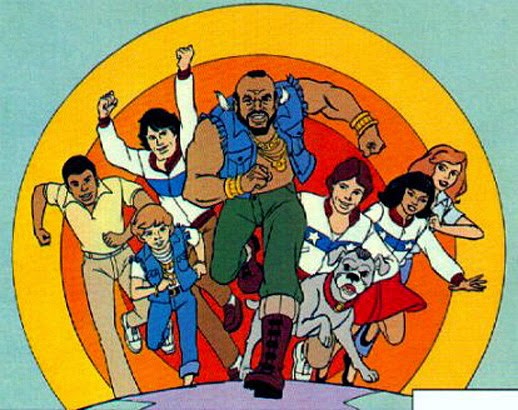 It’s Mr. T! From Rocky III! And that cereal you ate! And he’s helping kids with life and gymnastics! And solving the occasional mystery. He is doing God’s work.

Spider-Man and His Amazing Friends 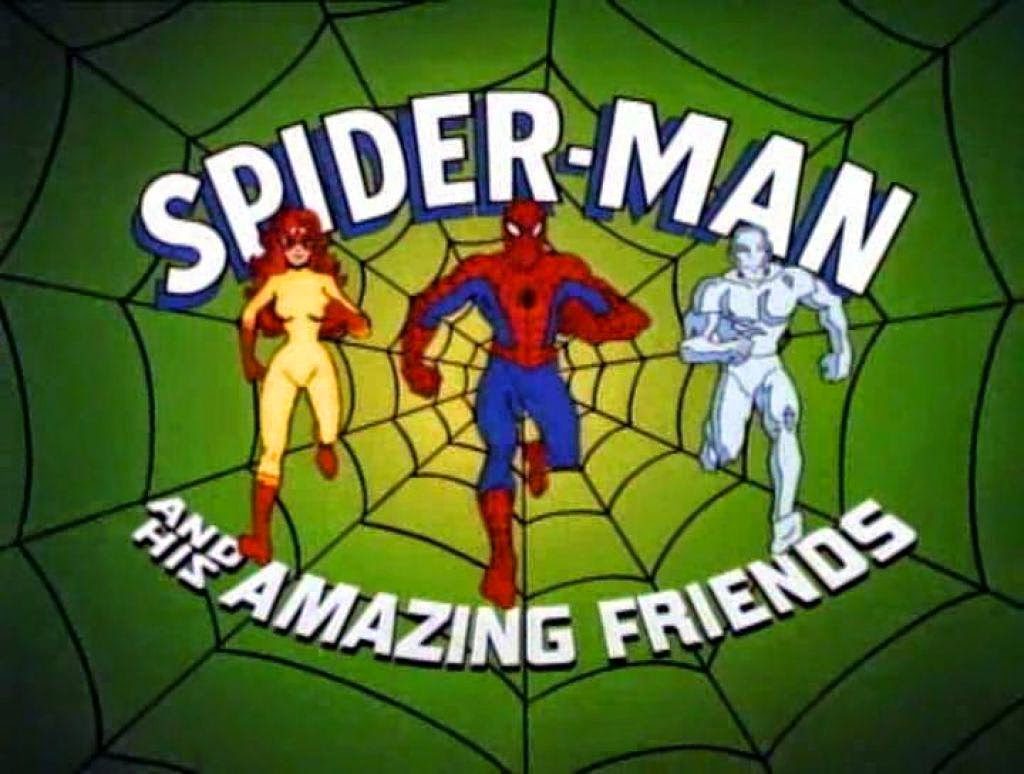 Along with Firestar and Iceman, Peter Parker fought bad guys while attending college at Empire State University. A little boring, but it’s Spider-Man, so you forgive and forget and love him all the same.

Flip over to NBC and a small semblance of the Saturday morning schedule still seems to be in place thanks to Sprout, the name for the morning block of shows. In this weekly dose of niceties, you find a mixture of puppets and live-action, all of whom are hell-bent on making sure the youth of tomorrow grow up to become responsible tax-paying members of society.

While there is a severe lack of random pop star cameos, superheroes and former bouncers, there are at least chickens wearing neckties and talking zebras. Only taking up a mere two hours, shows such as The Chica Show, Noodle & Doodle and Tree Fu Tom do their best to hold down the fort of the Saturday morning ritual of yesteryear. 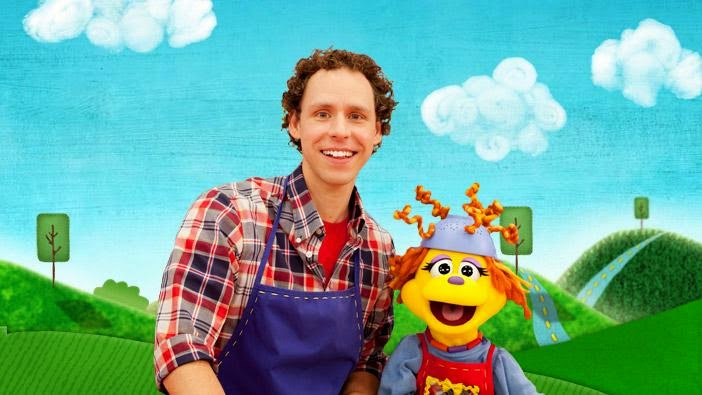 Also, NBC gets major points for being home to LazyTown. Sportacus 4 Eva. 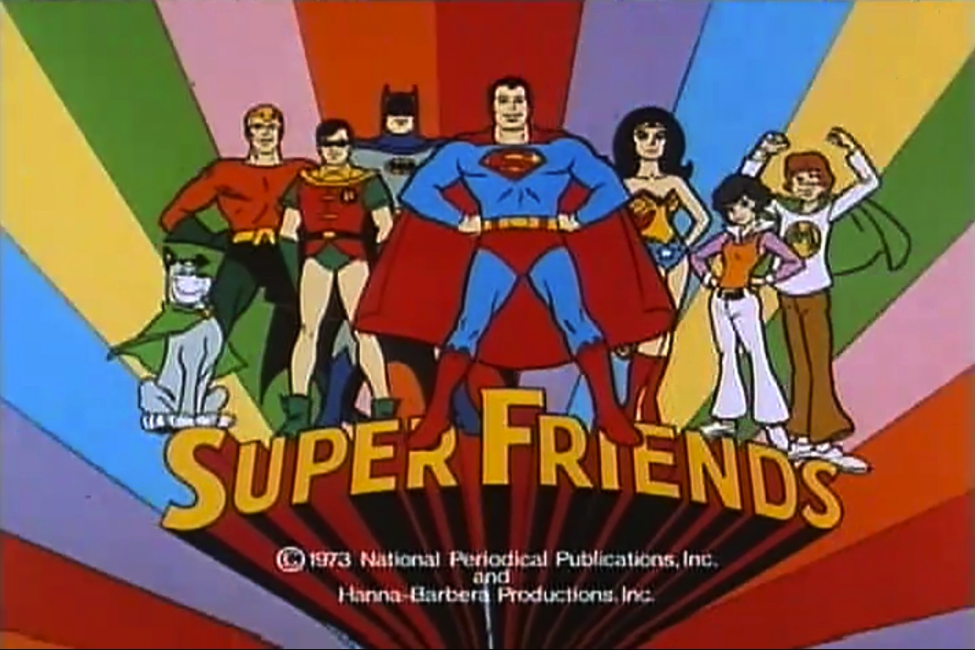 The Legendary Super Powers Show (8:00) – Superman! Wonder Woman! Batman! Aquaman. They are all here! And they are best friends! The excitement of watching the best superheroes of all time gather together in the Hall of Justice to take down Brainiac and Lex Luthor while trying to find something for Apache Chief to do was enough to send any young brain into a tizzy. One of the best toons of the morning and one of the most fondly remembered. 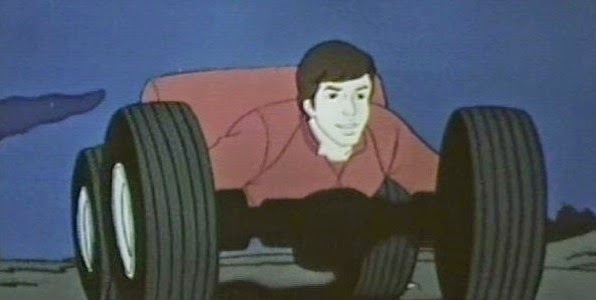 Brett Matthews turns into a car and solves mysteries, which involved a great deal of overhearing people in parking lots. The transformation of his mouth into a grill was terrifying. 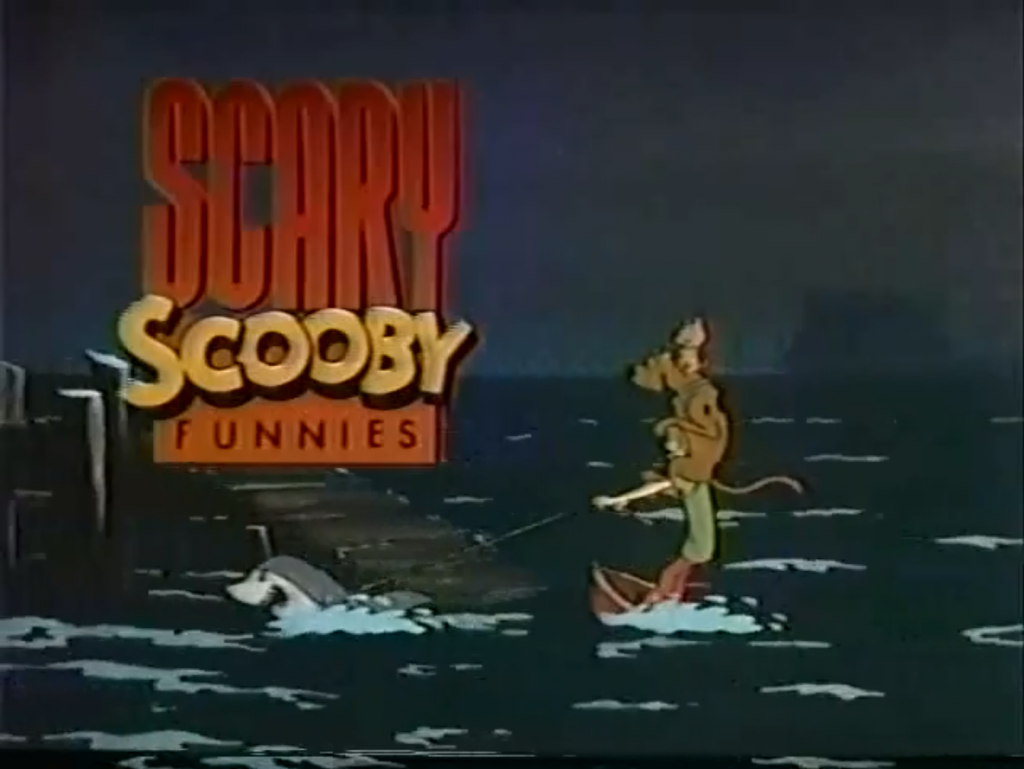 Like many children, this is where most kids learned about betrayal. Short, fuzzy, annoying betrayal. 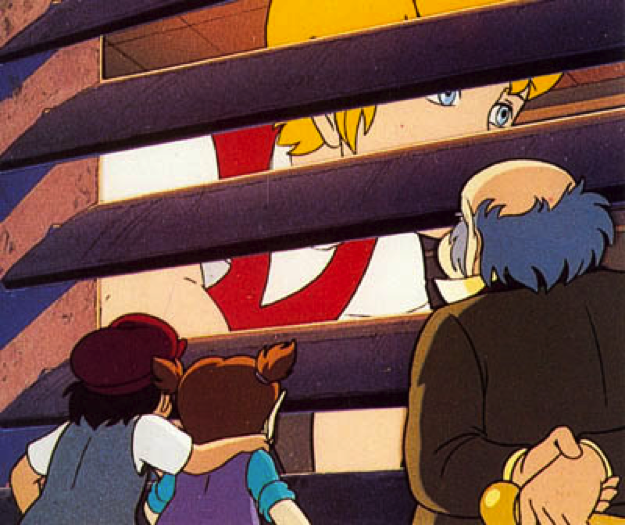 The catchy theme song explained it all. There’s an itty-bitty world beyond the walls, filled with Henry’s wee friends Tom, Lucy, Dinky and Grandpa, who turned matchsticks into walking canes, marshmallows into pillows and all sorts of ingenious shit. Best episode: When Dinky discovered mother’s little helper and went on a drugged-out bender. 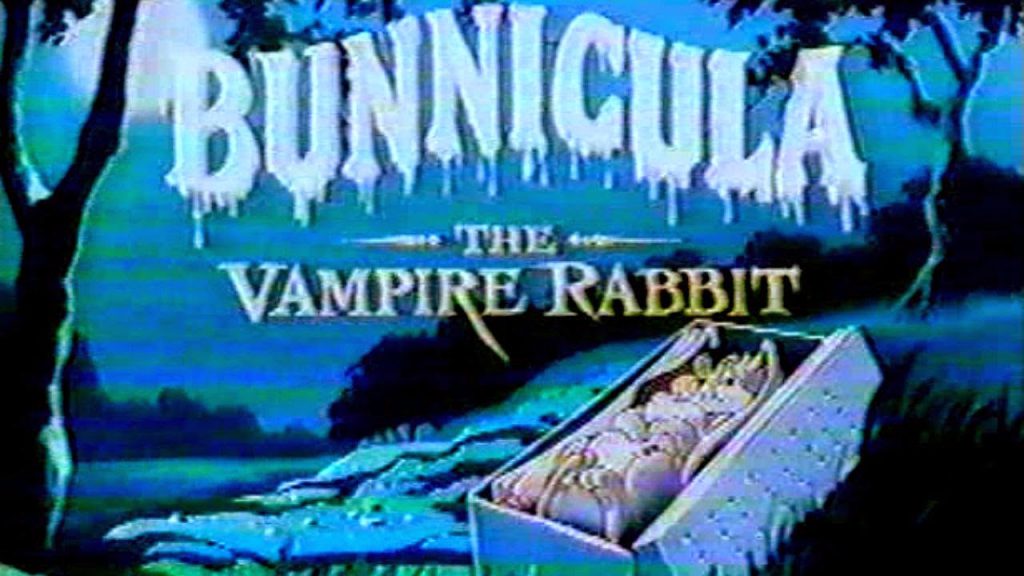 ABC ended their kiddie block of toons by adapting children’s books for a half-hour series. The best remembered of the series included Miss Switch, Pippi Longstocking (not the badly-dubbed Swedish version) and Bunnicula, the vampire bunny. 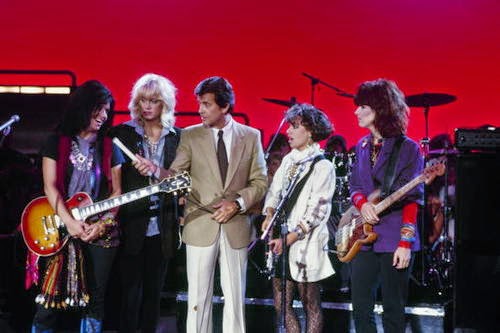 Do your kids like to wake up early, crowd into the living room with sugary cereal and watch Good Morning America? How about NASCAR? No? I’ve got some bad news…

The channel that once boasted witchy teachers and giant mystery solving dogs with speech impediments has given up entirely on the kids. They are now aiming for early-to-rise housewives and folks that enjoy PBR at 10 am. 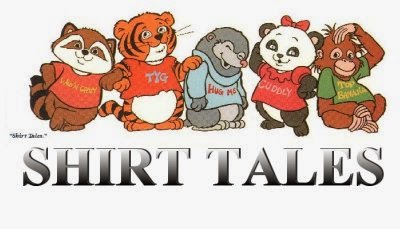 All featured anthropomorphised animals meant to sell toys and books (and possibly t-shirts) while teaching lessons about being nice to one another. Aimed directly at little girls or kids who called their mother’s “ma’am” and had pictures of Jesus in their bedroom. 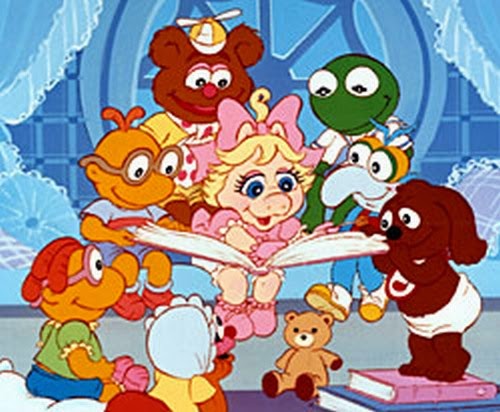 The jewel of CBS’ Saturday mornings. If Baby Animal in a bonnet was on the air today, he would rule the Internet, taking his rightful place among memes of Baby Groot and Grumpy Cat. 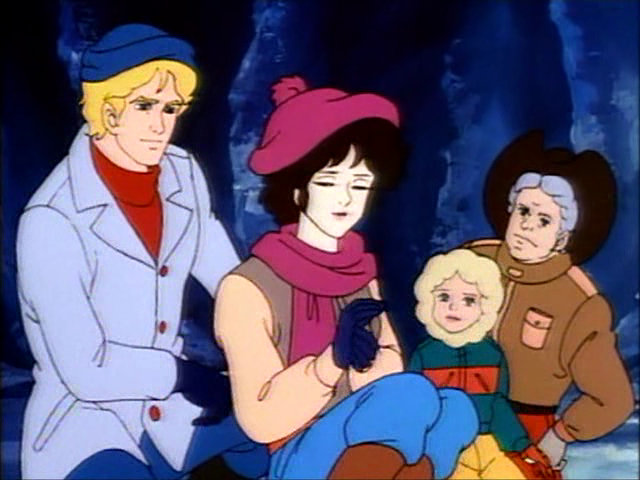 Nothing like the famous game from which it borrowed its name, this Pole Position centered on three teen sibling stunt drivers who…SOLVED MYSTERIES. Because everything was a god-damned mystery 30 years ago. It’s amazing anyone survived. Without teenagers, all of society out have died out by 1988. 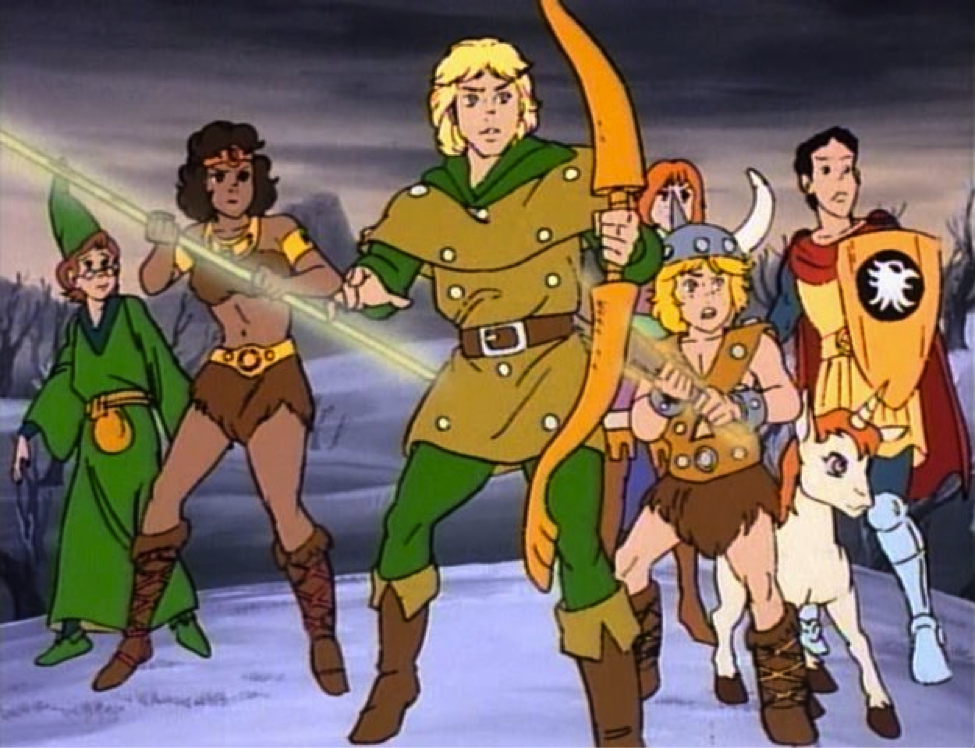 Six teenagers are transported into a medieval world by a magical carnival ride and must find their way home. In lieu of solving mysteries, they are accompanied by a unicorn named Uni. 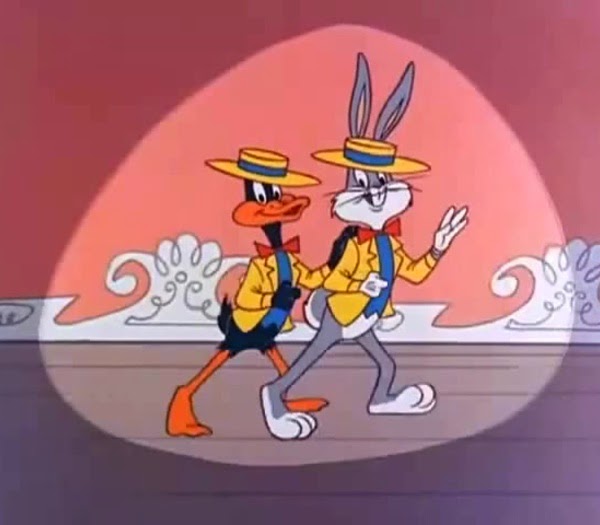 Ninety minutes of classic Acme gags, wabbit season jokes and puddy cat one-liners that hold up just as strongly today as they did 30 years ago and 60 years ago.

Land of the Lost

Did CBS know how much it would influence future generations of filmmakers with it’s last minute decision to replace Pryor’s Place with bad stop-motion dinosaurs? (Fun fact: In 1984, it was acceptable to have controversial comedians teach your children important life lessons with kiddie shows.)

Sid and Marty Krofft are twisted geniuses who shaped a generation of artists and creators by smoking marijuana in the afternoon and making puppets.

On this week’s episode of CBS This Morning, Charlie Rose and the gang must solve the mystery of the haunted amusement park because the owner decides to shut down the summer hangout and evict Charlie’s landlord uncle. Can the gang figure it out by midnight? 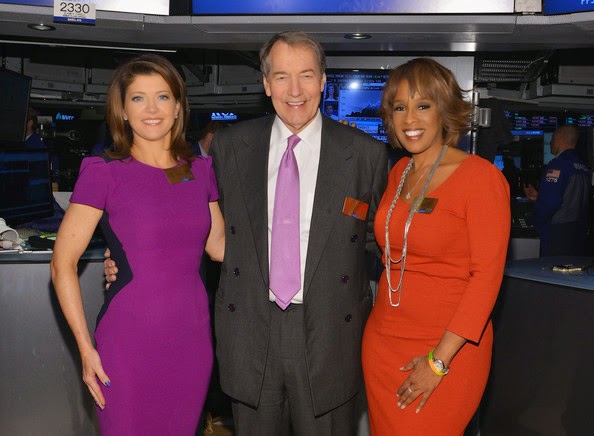 Buck up, little camper. There is a light at the end of the tunnel. There are others who miss Saturday mornings too.

If you don’t want your kids, your family, or your to continue to miss out on Saturday mornings, take my hand. I’ll show you the way.

Next time: How to recreate a Saturday morning TV viewing experience for your youngin’s…or yourself.