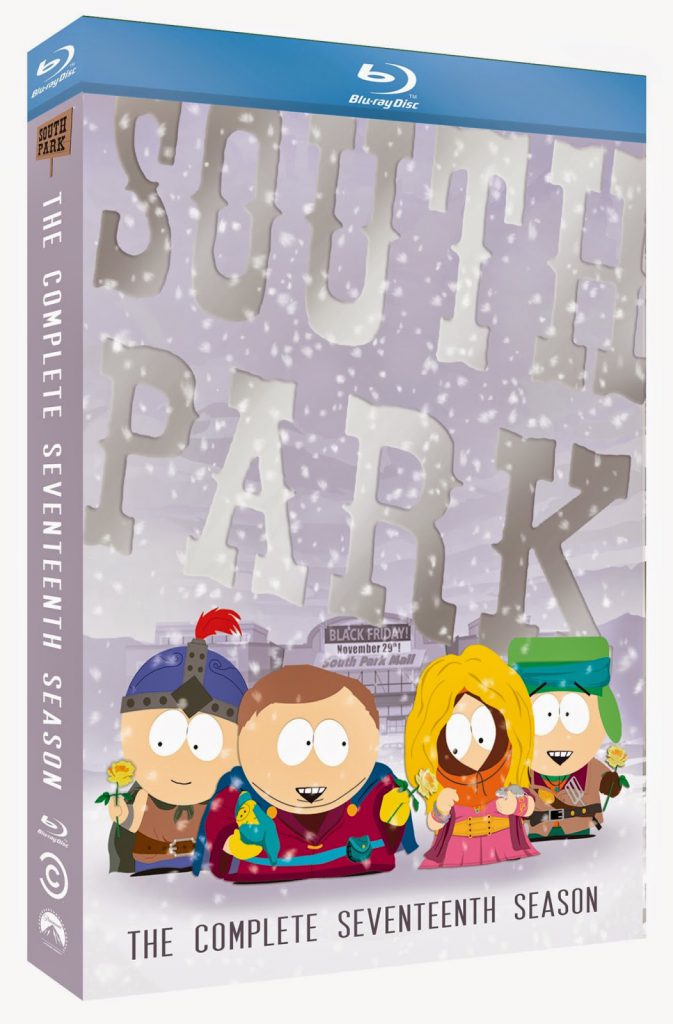 All 10 episodes from South Park’s 17th season are available in September 16th in this exclusive two-disc set. Join the boys as they prepare to battle the crowds on Black Friday to get the best deal on the new gaming systems, watch Cartman infiltrate the NSA and see why the Goth kids are being sent away to a camp for troubled children. For them, it’s all part of growing up in South Park!

The release consists of 10 episodes, which includes the hilarious Black Friday trilogy (Game of Thrones spoof). I’ve included a clip from “Titties and Dragons”, one of the Black Friday episodes. In this episode both factions gather to celebrate the wedding. Meanwhile, George RR Martin shares a few words about his wiener.