Coming up in the 80s and 90s, every television show I was enamored with pretty much followed the same formula of stalwart heroes warring against nefarious villains.

The players may have been different show to show, but the stakes were consistently the same; the fate of the world (and sometimes even the universe).

Sometimes, though, I would find a show that deviated from the good versus evil paradigm. Yes, this was rare. Always a sucker for marketing, I bought hook, line and sinker into the “fact” that boys were supposed to really, really dig epic violence. And I did. A lot.

But summer time was a weird thing when it came to TV viewing.

Sure it meant more time to watch cartoons, but I soon realized that there was no channel that showed The Transformers or G.I. Joe in non-stop rotation. So when outdoor activities got old (what can I say, I was an indoor kid), I had to find something on TV to watch.

The series was set in the glamorous world of Spanish controlled South America in the 1500’s, a time when anyone with a galleon and some guns (and a dose of small pox) could sail to the New World and really fuck up some indigenous peoples. Back then men were men and genocide was a spectator sport. A time when Spanish nobility, as a hobby, would walk through the jungle until they found some new, hapless civilization to eradicate.

South America! The tourist hotspot of the 16th Century!

The Mysterious Cities of Gold took place in this romantic world and followed the adventures of a young boy named Esteban. Esteban was all alone in the world and really wanted to find his father, whom we would later learn lived in one of the titular mysterious cities of gold.

However, young Esteban couldn’t just strike out into the jungles to achieve his objective all alone, of course. No, he needed some help.

What did that help look like? First up, there was the conquistador Mendoza, a no bullshit kind of guy who was questing to find the city of gold, and his two half-witted helpers, Pedro and Sanchez.

I don’t remember much about the hired help save that they were screw ups and that Pedro had a face that looked like a scrotum.

But Mendoza? Piercing eyes, chiseled good looks, handsome. What wasn’t to like about that guy? Not only was he a hard-ass, he also wore a cape, and young Chris thought anyone in a cape was instantly cool.

But it wasn’t just conquering white Europeans who would help Esteban along the way. There was also Zia and Tao. 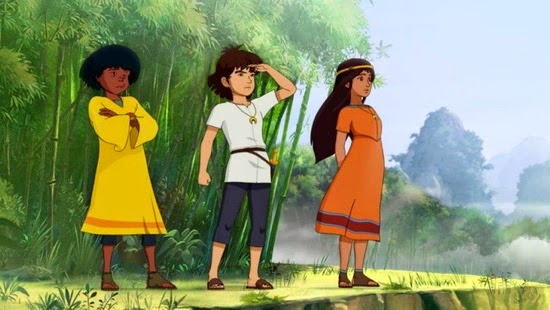 Zia was a young Incan girl who, no bullshit was kidnapped from her home and sent to Spain as a royal gift. As a kid, that really bugged me. Not in that “why is shit getting so real on Nickelodeon” kind of way, more in that “why hasn’t my elementary education touched on this kind of horror yet?” Meanwhile, Tao was the last survivor of a lost civilization and… well, he was just kind of annoying (but he did live in a sweet tree house).

Then there was the golden condor.

What, pray tell, is the golden condor, you ask? A bird perhaps? WRONG! The golden condor was a frick’n jet! Yes, back in the 1500’s, the native peoples of South America had managed to build a jet airplane made of gold in the shape of a giant golden condor. 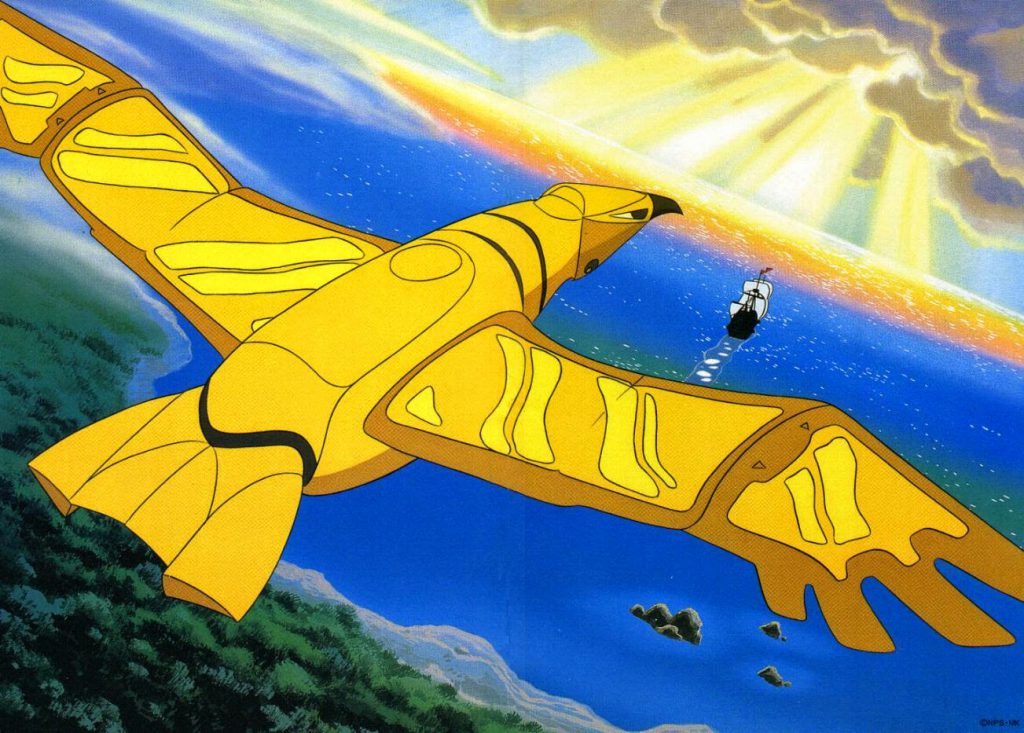 Not only that, but it was much easier to fly than any modern jet. Don’t believe me? Well how do you explain how kids with no working knowledge of aeronautics could figure out the controls in about five minutes? I rest my case.

Oh, and least I forget, there were also NUCLEAR DEVICES made by ancient South American civilizations. Yeah, that’s kind of hard to swallow, but keep in mind they had help from Atlantis. And as everyone knows, Atlantis wasn’t exactly populated by a bunch of stooges.

Despite countless trials and tribulations, the gang does eventually make it to one of the cities of gold (of which there are seven) and Esteban meets back up with his dad. Yay! And then a volcano erupts and covers the whole damned thing in molten lava.

Despite being different than anything I was used to, I do have such fond memories of this show.

But I seem to be a minority. Not that I run into a lot of haters. If only.

No, the problem is that only, like, two other people I’ve ever met know exactly what I’m talking about whenever I reference this show.

My wife and a cop in Statesboro, GA. That’s it.

Everyone else just kind of condescendingly nods whenever I bring it up.

In this article:Animation/Anime, Nickelodeon, Nostalgia, Television, Written by Chris Brennaman