I was 13-years-old when Superman died and only recently gotten into comics.

I mean, really gotten into comics.

Sure, I’d dabbled over the years with the hobby but it took some time to stick, and when it stuck, it really stuck.

I was firmly Marvel at the time, having been sucked in, like almost everyone who got into comics after the late 70s, via The X-Men. I was in the process of moving into Fantastic Four, The Avengers and the like, but hadn’t made the transition into Marvel’s esteemed competition from across town.

But when the national media storm around The Death of Superman hit, I knew it was inevitable that I was about to make the leap to DC. 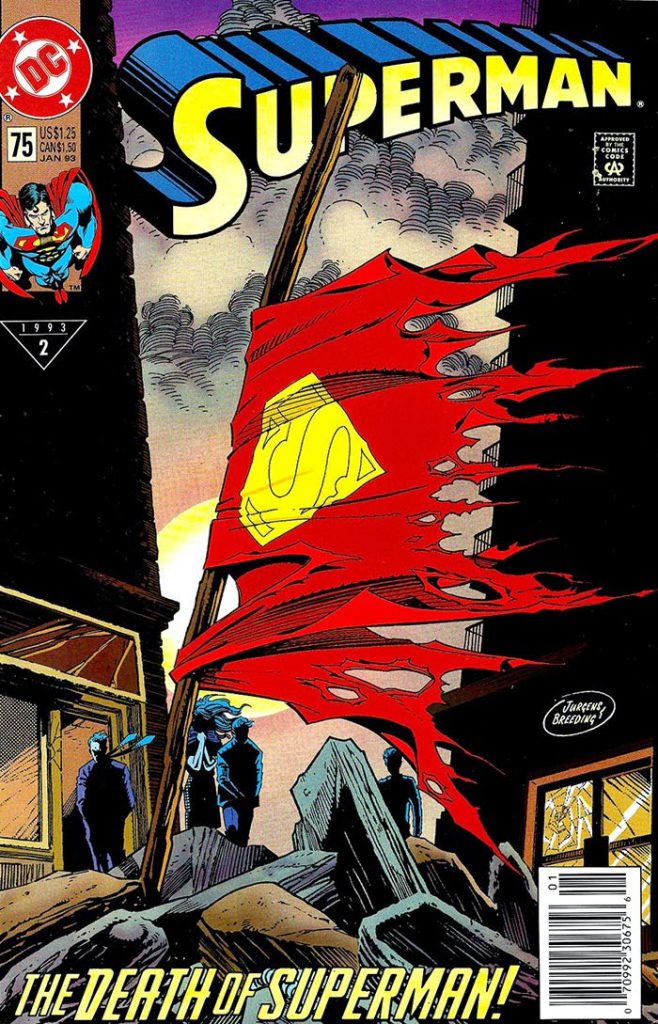 In Macon, GA, the local news was talking about how the town’s comic shop, Comics Castle (may it rest in peace), was expecting huge crowds the day of Superman #75’s release, so I had big plans to be there early. This was not only going to be my jump into DC, but it was also going to be an event this young comic book fan was not going to miss out on.

And then I got sick.

The day Superman #75 hit stores, the day people were lined up waiting to get their piece of history, the day the event of events dropped, I was coughing and feverishly sweating in bed. Thankfully, my Mom and Dad, unbeknownst to me, decided to brave the crowds and grab a copy of the comic for me.

I’ll never forget them coming into my room to drop the black polybagged comic off. And so, collectability be damned, I tore into the bag, pulled out all the goodies (the black arm band, the stickers and other swag) and read what was touted as the Man of Steel’s last battle. 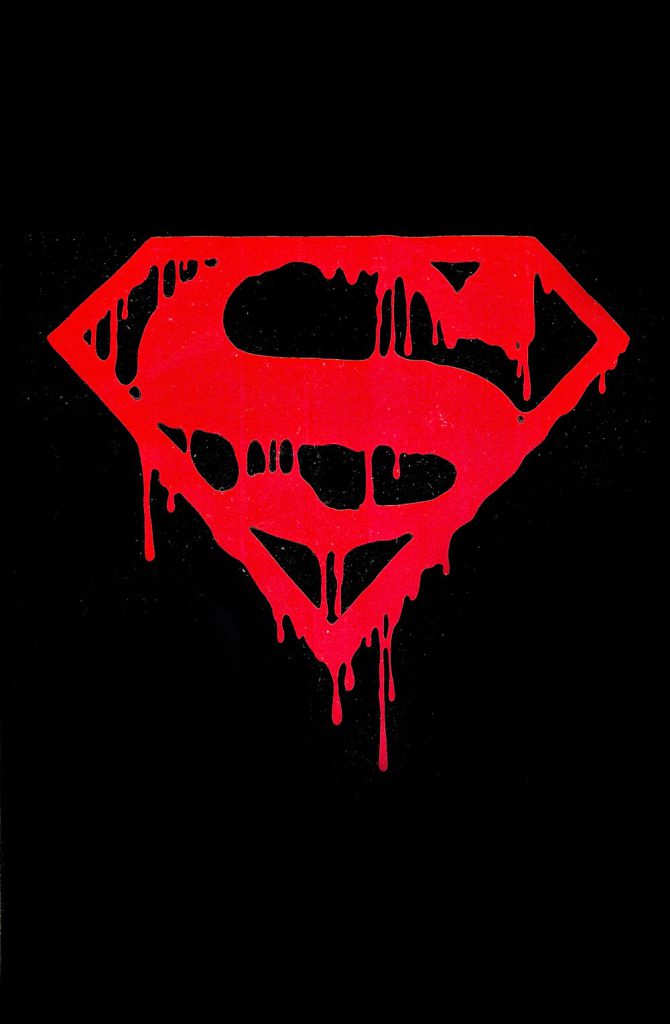 A lot of fans tend to mock that comic these days. It was the beginning of escalating event comics, and probably the beginning of real comic speculation. Superman #75 is really just one giant fight sequence between Superman and a character designed specifically to beat the shit out of the son of Jor-El. 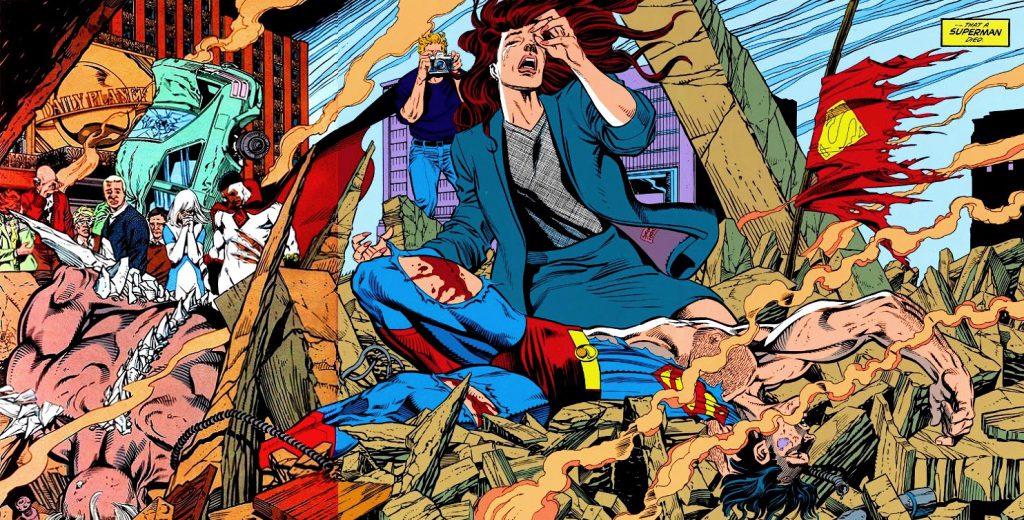 At the time, it even seemed as if the comic was crafted to be more style than substance.

However, it ended up being more than that. What followed this event was a long story to show why Superman was important, and what life without him would be like.

For a young Chris, mission accomplished.

In his death, Superman made me a fan for life. 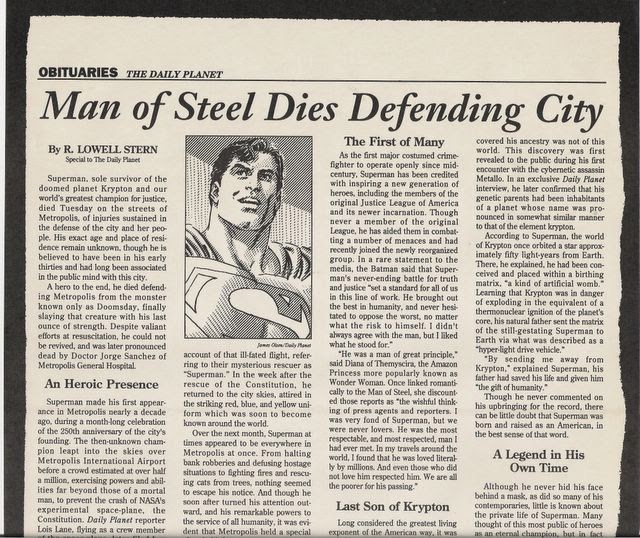 I may have started my comic reading a staunch Marvel zombie, but that one comic launched me head first into DC’s rich universe, exposing me to characters, creators and stories that I love to this day. In fact, I’d be an adoring DC fanatic until the fall of 2011 with the launch of The New 52.

And that one comic made me a Superman fan.

But it did make me care.

My only exposure to the character before this comic was via Christopher Reeve, Super Friends and the Fleischer cartoons but this comic made me track down and consume decades worth of comic adventures starring Superman.

All because I wanted to see an icon bite the dust. 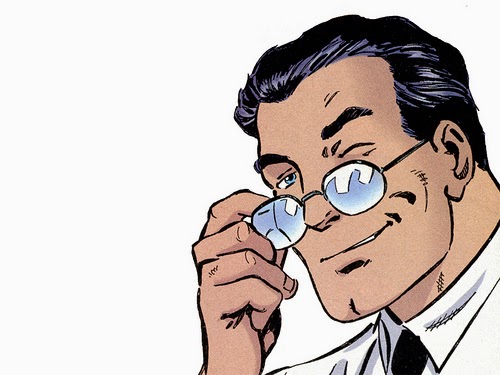