The Simpsons prepares for its 26th season with an epic marathon of EVERY EPISODE EVER on FXX, beginning on August 21st.

Sure, the series might have peaked years ago, but even a bad Simpsons episode is still pretty good, right?

Not so, my friend.

I’m here to warn you about the worst of the worst, the episodes that are simply not worth your time.

To quote Comic Book Guy, any of these is in the running for “Worst episode ever.” 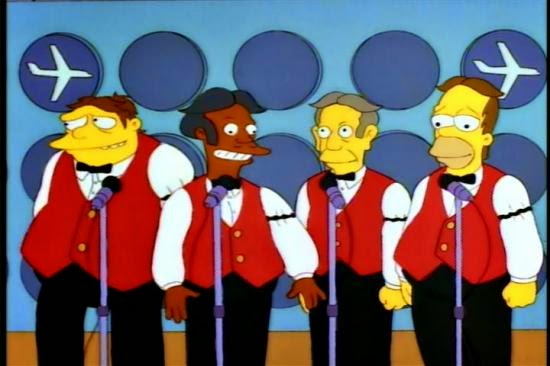 The episode where Homer, Apu, Barney and Seymour Skinner form a barbershop quartet isn’t terrible, just not worth a rewatch. The song they sing over and over,“Baby on Board,” hasn’t aged well, not that it was all that great to begin with. 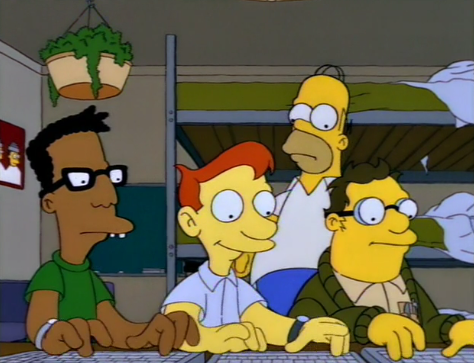 Homer lives out his Revenge of the Nerds fantasies when forced to get a college degree, but the results are less than memorable. One of those episodes where Homer’s jerkiness reaches toxic levels.

Even an appearance by The Who doesn’t help this episode built around the confusion caused by a new area code. Also sadly forgettable: When U2 comes to town in 1998’s Trash of the Titans.

Homer, Lenny and Carl to go the Super Bowl with what turn out to be phony tickets. To which all I have to say is, “Meh.”

And that this episode could not be more aptly titled. 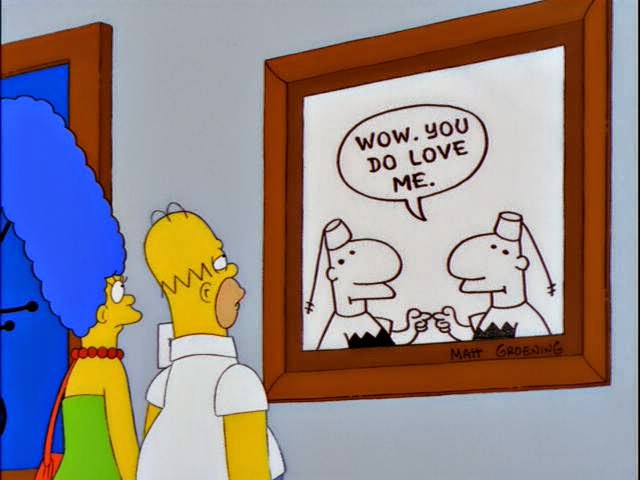 File along with 1998’s misfire The Wizard of Evergreen Terrace, where Homer tries to become an inventor as great as Edison. 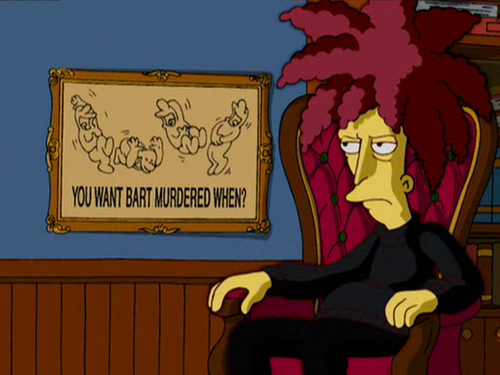 The hilariously menacing presence of Sideshow Bob used to mean you were in for a better-than-usual half hour. But too many turns around the park yielded this dud, where Homer and family end up in Italy, where they run into Bob and his new family.

It ends with Bob’s son maniacally waving a knife and yelling “Farfalla (“butterfly” in Italian) vendetta!” Sometimes The Simpsons non-sequiturs are hilarious: This one is just a head-scratcher. 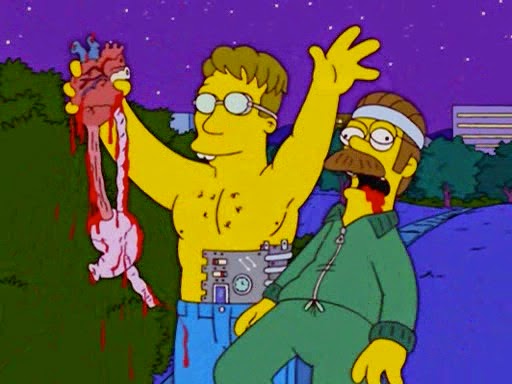 Bringing in legendary comic Jerry Lewis as the father of Professor Frink (who wouldn’t exist without Jerry’s “Hoyven glayvin” hijinks) could have been inspired.

Instead, the entire episode just lays there, devoid of laughs. At one point, Jennifer Garner presents an award… boringly. Pointless waste. 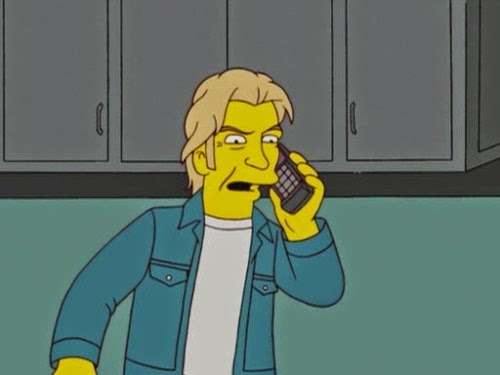 I love Denis Leary, but this episode doesn’t even feature any good rants from the always angry comic. Instead, Bart finds the actor’s cell phone and shenanigans (all horribly unfunny) ensue. Skip. 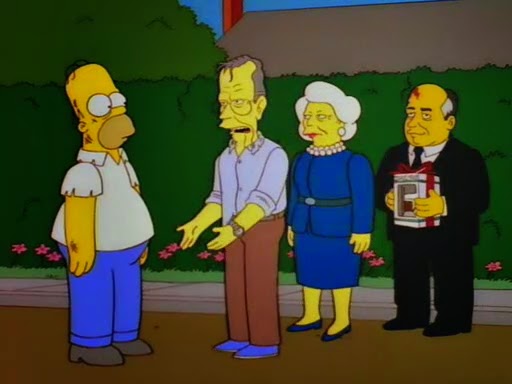 Ex-president George H. Bush moves in next door and soon gets into a prank war with Homer. A waste of a good premise, notable only for the first appearance of Disco Stu.

It’s great that Homer has evolved in his attitude towards gay men since Homer’s Phobia, but are we really supposed to buy that he’s so gay-friendly he now drops name brands, gets his legs waxed and is open to a kiss from a gay admirer? 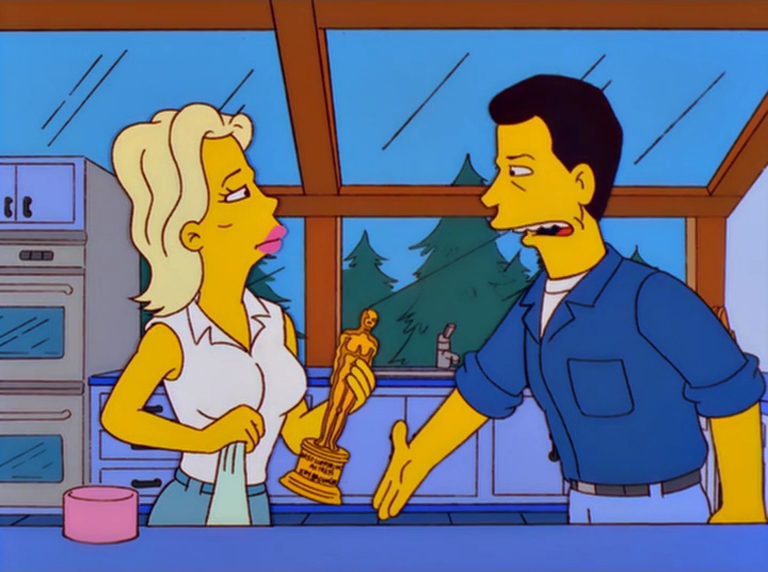 Proof that adding celebs to an episode is not the key to hilarity. This lackluster entry features Homer becoming a personal assistant to Alec Baldwin and Kim Basinger. Ron Howard is also on board for no good reason. Nothing remotely funny happens. Pass.

At least Baldwin was funny in Bonfire of the Manatees. 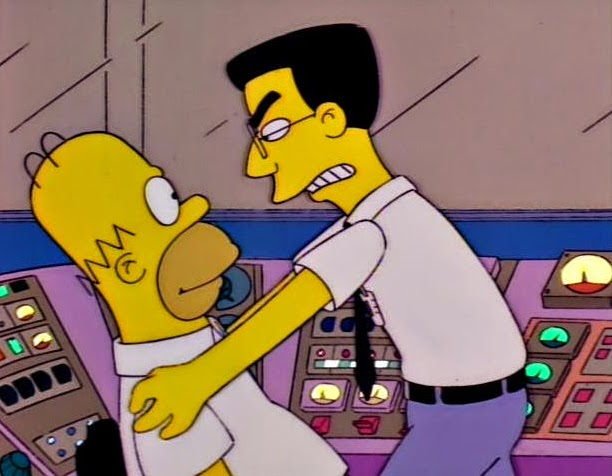 Often cited as one of the creators’ favorites, it’s probably the only episode where I actively loathed Homer. He goes out of his way to be such an asshole to Frank Grimes over and over that you really wish Homer were the one being horribly electrocuted, not poor Frank. 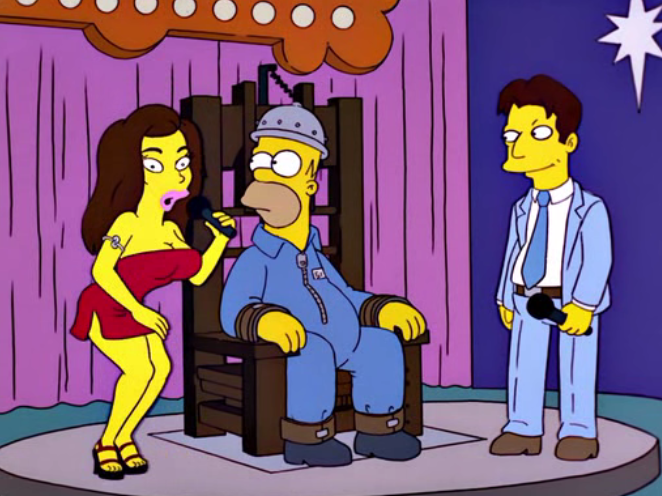 Marge and Homer are sentenced to the electric chair for the murder of an old heiress, but it’s all a set-up for a reality show called Frame Up, hosted by Carmen Electra. It’s not only painfully unfunny, but features the incessant, ear-splitting shrieks of the endangered “screamapillar.”

By all means, skip this one. 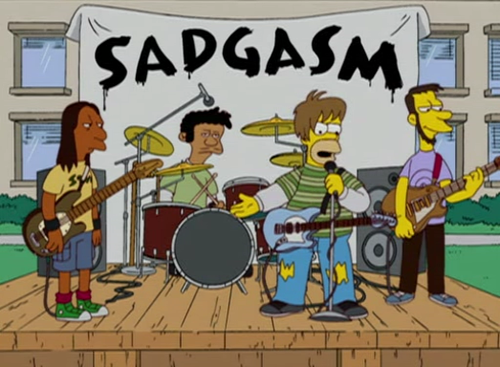 No one really expects The Simpsons to keep any real kind of continuity since everyone has stayed the same age for 26 years. But to retroactively insert a period in the ’90s when Homer was in a grunge band before he and Marge got married is not only egregiously out of place – Hello, they had a 10-year-old by 1989 — but criminally laugh-free. The Homer Simpson we know and love still listens to Grand Funk Railroad and has no clue who the Smashing Pumpkins or Sonic Youth are. This episode just doesn’t work on any level. 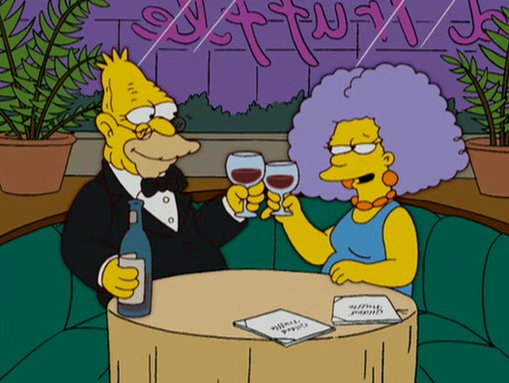 Abe Simpson’s already romanced Marge’s mother, but writers were really running out of ideas when they decided to have him and Marge’s sister Selma hook up! UGH! We know Selma has lousy taste in men (Sideshow Bob, Troy McClure), but her sister’s father-in-law?

No thanks! Let’s just pretend this regrettable episode never happened.

In this article:Animation/Anime, FAIL, Television, The Simpsons, Top List