Invented by Bill Hass, the Bone Phone was a Spandex-covered portable radio that one could drape over their shoulders and instead of using headphones, it sends the sound through your bones and directly into your head. 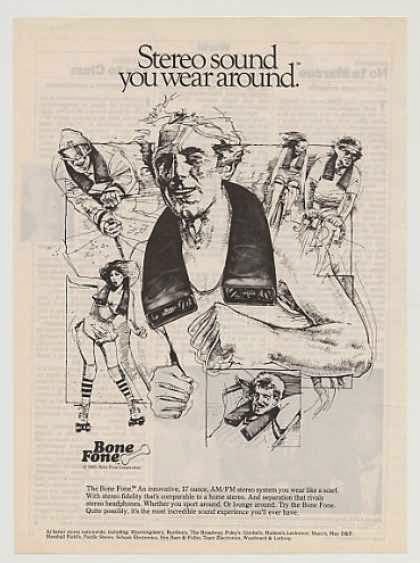 Originally retailing for $69.95, this invention quickly sold over 100,000 units before dropping the price by twenty bucks in 1981 before slowly fading out over the next two years. 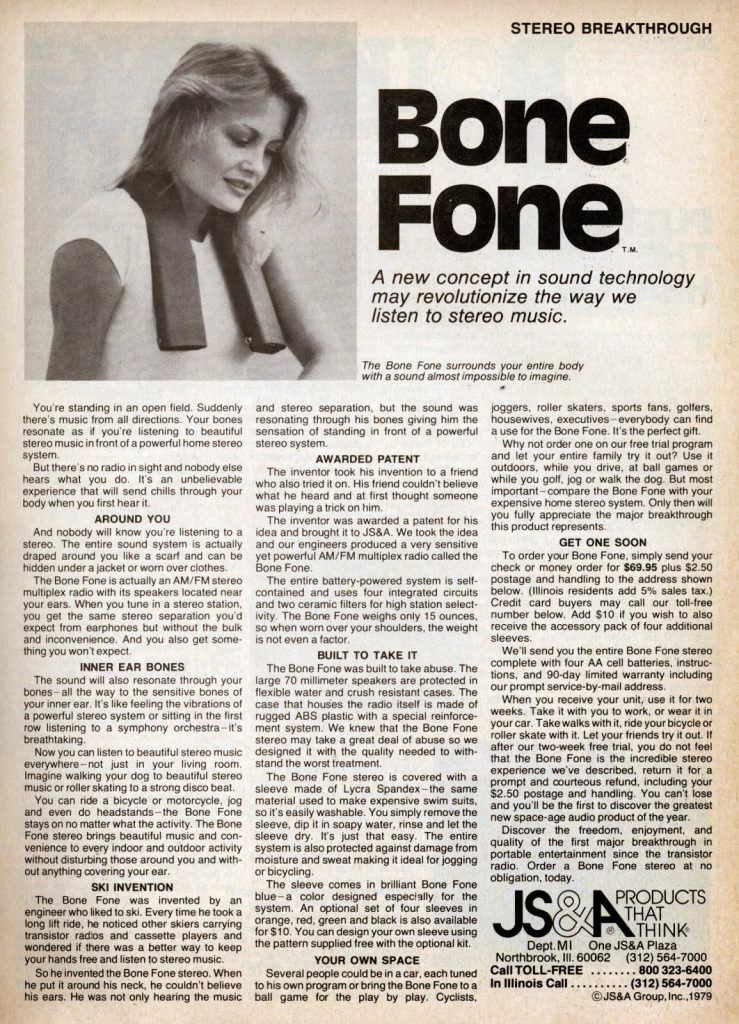 My father had purchased one and it truly was a pretty neat device.  You could listen to the radio, adjust the volume and hear the environment around you; and not a single sound could be heard by anyone else.  At five pounds it was a little cumbersome, but it was certainly unique.

And now, like most technological gadgets of the era, it’s mostly forgotten by the masses.