The Wake hit me in a way that I was not expecting.

I remember sitting in a panel at Emerald City Comic Con this year where writer Scott Snyder was talking about The Wake in great detail.

He said that this book was just a pet project for him and the artist Sean Murphy; that this was a title that they could take risks on and do things they had never done before.

Listening to him speak so passionately about the book made me really want to break my waiting-until-it-was-over-pact, but somehow I managed to make it until it was finished and won multiple Eisner awards.

After closing the last issue, for the second time, “Scott Snyder did it again” is what I muttered out loud to my silent apartment. I don’t think I have ever had a man crush as strong as I have for Scott Snyder. 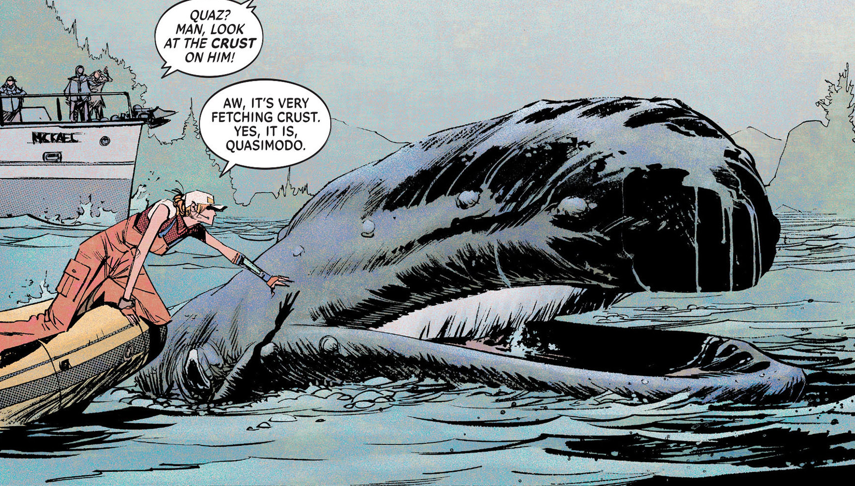 Since the end of the series in July I could wait no longer to dive into it.

I have always thought that Scott Snyder writes like a novelist and his works needs to be read as so.

This title is no different.

I suggest you wait until the release of the collected edition that comes out in November, so that you have all the issues in one place.

When I was done with the last issue I had to jump back and scour the pages of all the past issues for things I missed that tied the story together. I think a sign of a great writer is the ability to make the reader immediately re-read your work as soon as you’re done with it.

Snyder wove clues all throughout this story, which spanned hundreds of years and two main characters.

The Wake is split up into two sections. Issues #1-5 are the first arc that takes place in modern 2014. This story plays out like an 80’s creature film and reads like a 70’s sci-fi book á la Orson Scott Card.

Issues #6-10 take us into a post-apocalyptic future with brilliant water drenched landscapes. It does some things you would expect but takes left turns to make sure you stay captivated. Just believe me when I say that you can’t possibly be disappointed if you consider yourself a lover of literature. 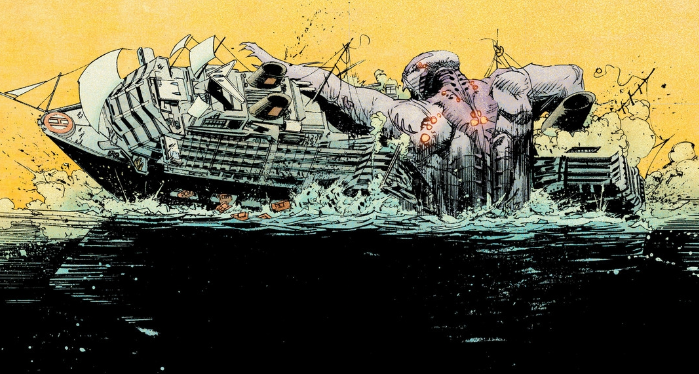 The art of Sean Murphy is astoundingly perfect for this type of story. Murphy’s sketchy style paired with the brilliant colors by Matt Hollingsworth pulls you deep into a horrifying underwater world. It is easy to see why Murphy won the Eisner for his work on this title. The color palette almost makes you feel the coldness of the watery world you are reading about. Murphy manages to nail splash pages and small panels equally well and that is not always easy to do. 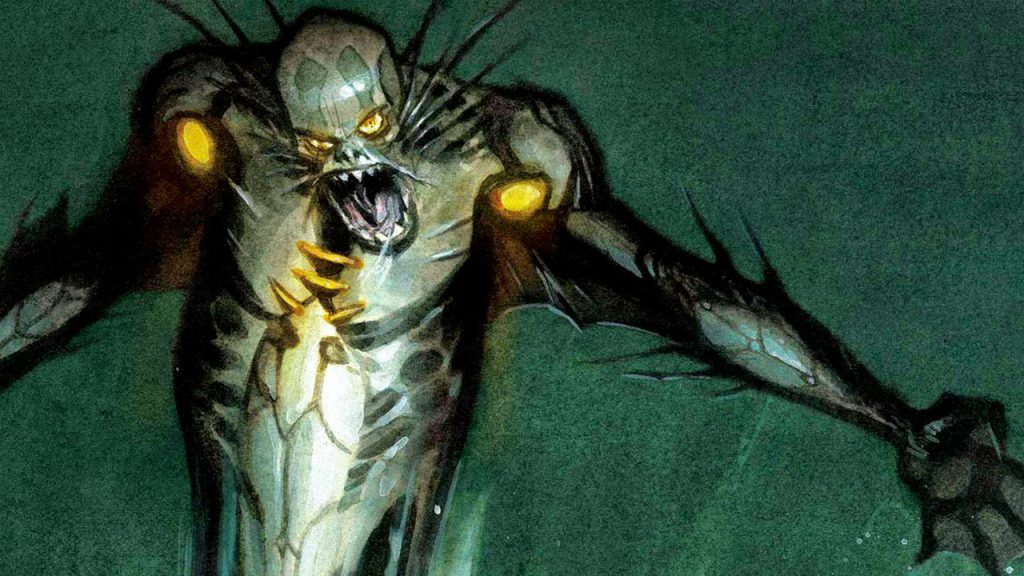 In a story containing futuristic pirates, a half robotic dolphin, and hundreds of airships, Snyder manages to make you think about reality in a different way. He speaks of human biology with an ease that makes you actually believe that the ludicrous things he is writing about could be real. I was expecting a horror story about sea creatures and what I got was a humanizing tale full of history and origin. 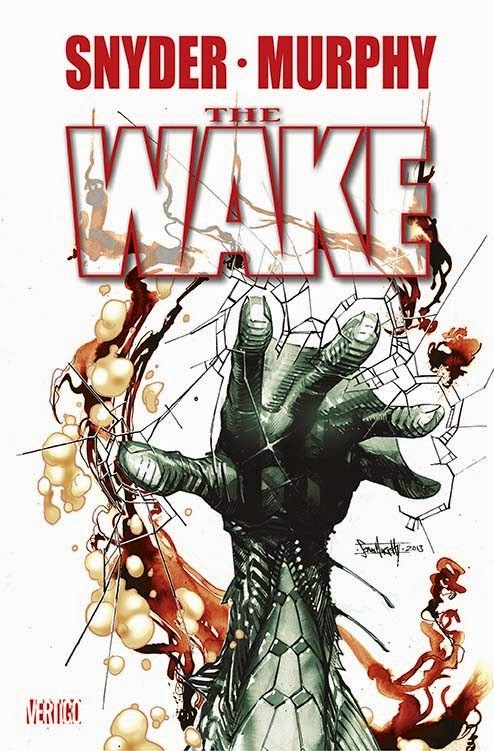 The Wake hardcover collection will be available everywhere books are sold November, 2014.

In this article:Book/Comic Review, Comic Books/Strips, Written by Ben Chapman