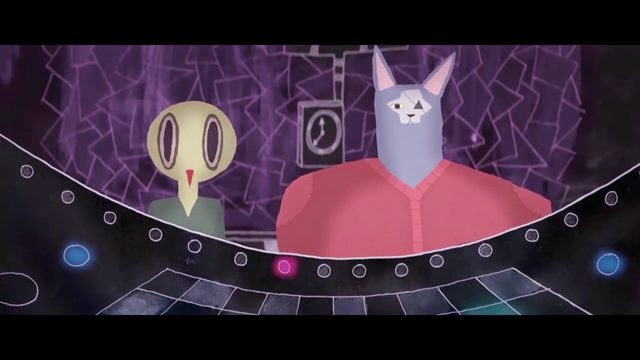 Have you felt that you are not completely in control of your own life, that perhaps there’s an outside influence making you do and say things even though, if it were up to you, you wouldn’t do them…like, maybe, eating an entire jar of Nutella in your bedroom while watching Park and Rec even though you know you should probably clean the litter box?

If this sounds like you (not me, I always clean the litter box) then you’re going to love Rory Kerr’s WTF short animated film That’s Not Supposed To Happen, a weirdly disquieting flick that delves into all sorts of stuff like predetermined outcomes, timing the first kiss and, getting shot in the head.

After watching this the phrase “Shit Happens” will seem pretty apropos.

Source: Short of the Week

In this article:Animation/Anime, Watch This, WTF