Super heroes will set themselves up as society’s moral authority.

Super heroes will war with alien civilizations without actually being official representatives of any Earthen government.

Super heroes will play fast and loose with the space-time continuum. 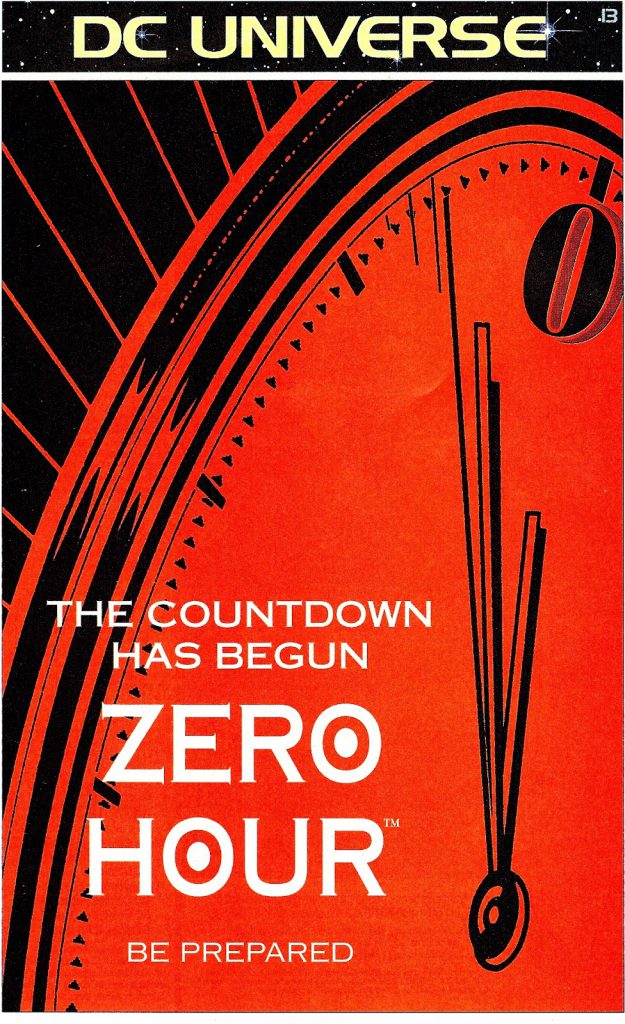 Super heroes do all these things and more in the name of serving the greater good, of protecting mankind.

And it’s for that reason that I’ve always scratched my head at the notion that despite playing God on a daily basis, it’s when a fellow hero actually gets the power of God that really rankles the rest of the super hero community.

I first took note of this while reading Zero Hour back in the day.

Fallen Green Lantern Hal Jordan was being presented as the biggest villain the DCU had ever seen and I was ready to fall in line with the JLA and root for his inevitable fall.

But then Hal started talking.

Given his new powers, the world, nay the universe, could be made perfect.

Happiness and contentment could be gifted to everyone in all creation.

Granted, it would take would the utter annihilation of reality but that would instantly be followed by the immediate reboot of all reality with all that promised happiness and contentment to follow.

I remember reading his plan and nodding my head. His plan sounded drastic, but it was made clear that he had to means to see it through. And it wasn’t like it was Darkseid making the pitch. It was Hal Jordan, greatest Green Lantern of all time and founding member of the Justice League of America.

He had street cred. 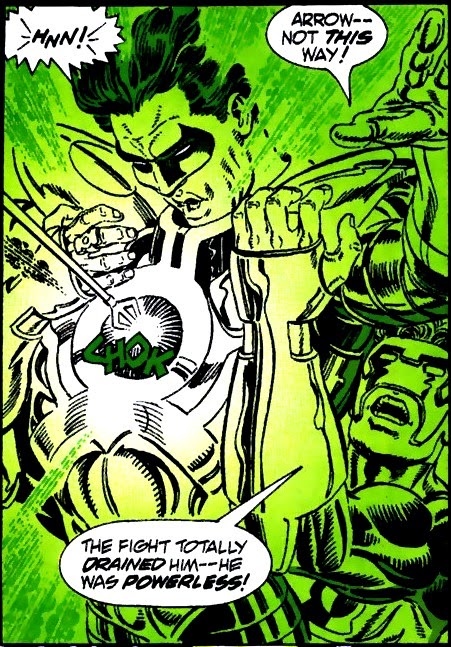 Everyone ganged up on poor Hal, and even his best friend Green Arrow ended up hitting him with an arrow to the chest.

Not because Hal didn’t have the means to create a perfect world and not because he was evil.

It’s not right to play God.

Playing God isn’t right, said the people who set themselves above society as its moral authority?

Playing God isn’t right, said the super powered vigilantes who impose their wills on cities and countries across the globe and often on the very globe itself? That struck me as so very, very jarring.

But that’s a thing in super hero comics and is not exclusive to that one story. You can have the powers of god, but don’t dare capitalize that “g” because that’s what makes you an asshole.

I can’t really tell you much more about Zero Hour. Hell, I don’t think anyone can, really. It was such a convoluted, ham-fisted mess and all we really got from it narratively was a decimated Justice Society and Hal as a more establish villain in the DCU. 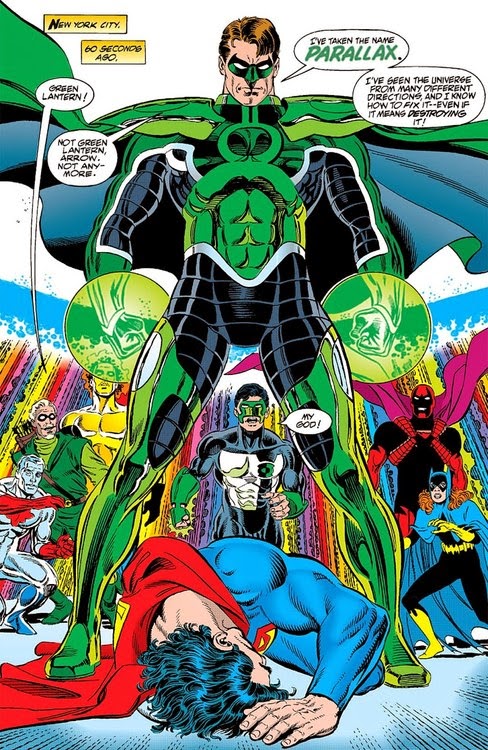 That stuff with playing God stuck with me though, and it still does. I understand that there are certain limitations when writing grand super hero epics on a cosmic scale. I understand that sometimes, to tell a certain story, certain themes have to be played up.

However, it was Zero Hour that made me realize that using the idea of “playing God” as a means for heroes to stand against one of their own is just week in that genre because that’s essentially all being a super hero is; playing God.