The name Danie Ware should sound familiar to devoted Forces of Geek readers.  As a columnist writing about vinyl toys for FOG!, Danie was part of the site at the beginning and eventually stepped aside to devote time to her first book which came out last year, Ecko Rising, a unique genre-bending fantasy–sci-fi epic which focused on a savage, gleefully cynical anti-hero, Ecko. After awakening in a dimension-jumping inn to find himself immersed in his own sardonic fantasy world, Ecko strives to conquer his deepest fears and save the world from extinction.

Her second book, Ecko Burning came out this summer and Danie was generous enough to take some time from her busy schedule to discuss the second volume of her Ecko Trilogy.

FOG!: Ecko Burning, your new book, is the sequel to Ecko Rising, where are we when the sequel begins and what can readers expect from the new book? 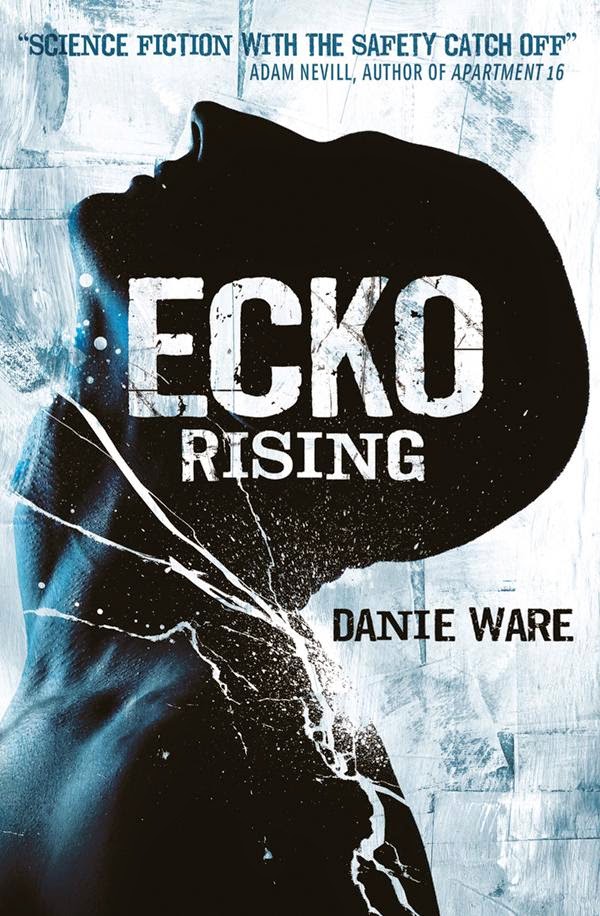 Danie Ware: Ecko Burning picks up from where Ecko Rising left off, finding our sarcastic and foul-mouthed hero facing a new threat – a blight that is spreading through the autumn plains, killing the grass and the essential terhnwood crop.

With Bard now gone, and any guidance or conscience with him, it grown into a question of whether Ecko actually will save the world, or whether he’ll just burn it down.

And with Phylos running Fhaveon and his brutality expanding across the plains, there’s whole new political regime being created.

Because, you know, you can’t have a trilogy without a few decent battles.

Was it initially conceived as a series?

Absolutely! It was originally conceived as four books rather than three, and I had to take a whole chunk out of the story. There was a stray plotline with Vaimourne, the bastard Lord of Annondor, which interwove with the story of Redlock’s grown-up daughter – but it would have been another layer of complication and, frankly, it was probably one too many!

Maybe I’ll pick it up in another book, one day.

Your books take place in an alternate version of our reality.  What are the joys/frustrations of world building and how much of it do you determine prior to writing the actual story? 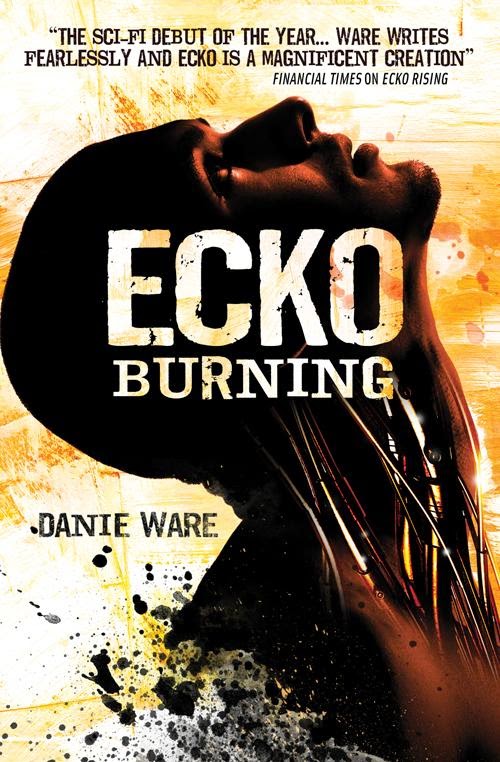 The fantasy/programmed world was originally created for/with the concept of the Banned, and a very long time ago. It’s grown organically over many years, through the original draft of the books in my twenties, and then more when I started writing again four or five years ago.

Its major defining moment was the idea of terhnwood (bad joke: it makes the world go round), and how the suspiciously bamboo-like crop became quintessential to the mercantile culture of the Varchinde. For example: the effects its distribution had on the way the world worked, its cities and infrastructure. And the question of how a fantasy world can operate without metal.

The alternative future was based on a very personal horror – a world a where everybody is on valium, or similar, all the time. Where people exist in a drug-indicated state of contentment and are just happy to be drones. It’s a little step from where we really are, and a scarily real one.

And it means that, above all else, the Ecko series is about keeping your passions alive.

Very much the books I read as a teen – to LOTR and Donaldson and Julian May and the authors I grew up with. Ecko himself is spun out of years of CyberPunk, Gibson and Stephenson. Mostly, though, it’s down to the friends that shared it, and their creativity and energy and all of the mad places we went in our youthful storytelling.

Any upcoming projects you can tell us about?

I’m just finishing Ecko Endgame, the final installment of the trilogy – a fun thing to write as I was pulling all of the plot threads together and had a lot of fun writing HUGE butt-kicking battle-scenes. Without wanting to cough up major spoilers, it has a suitably explosive ending, I hope!

There is another project in the pipeline, but it’s a sekrit!

Right now, Breaking Bad – I’m halfway through the fourth season and absolutely transfixed. It’s full-on, right-in-your-face – it doesn’t pull its punches and it occasionally makes me wince, but the characters are equally horrific and human and it’s all frighteningly believable.

I’ve also just finished reading Ernest Cline’s Ready Player One. And being a geek of a certain age, found it a glorious fun fair ride through the classic nerd-dom of the Eighties and my own gaming past – absolutely loved it!