I don’t know about all of you but I am so pissed off!

I can’t believe last week someone at iTunes placed an album into my library that I would normally pay for!

When the new years day comes around, (Get it? A little U2 reference there for you folks that don’t totally hate them for giving you free music) anyway, when New Years Day comes around and we’re looking at the great marketing FAILS of 2014, sadly iTunes giving us a free U2 album will be on it. 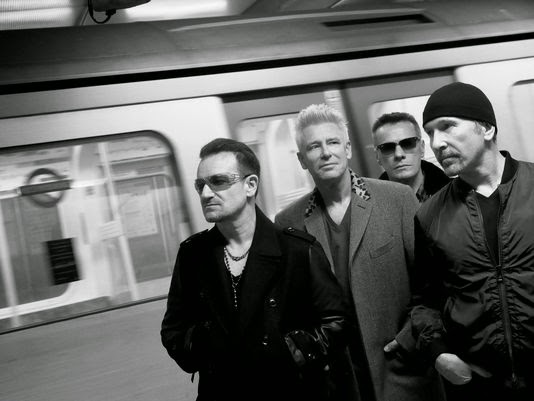 I’ve been pondering this. Having been a U2 fan for over twenty years. Having been in entertainment marketing the last ten years I’ve really been fascinated with this backlash. And I pinpointed where everything went wrong. And it’s sad really.

It all comes down to choice. The decision to have a new free album by one of the most successful bands of our time still had to be one we made. Had iTunes and U2 gone out with the marketing message that starting September 7th 2014 you could go to iTunes and download a free U2 album thanks to them. The response would have been completely different. When customers were told you can get this free album on us… they would have.

And because the audience felt they were being given something both U2 and iTunes would have been the good guys. 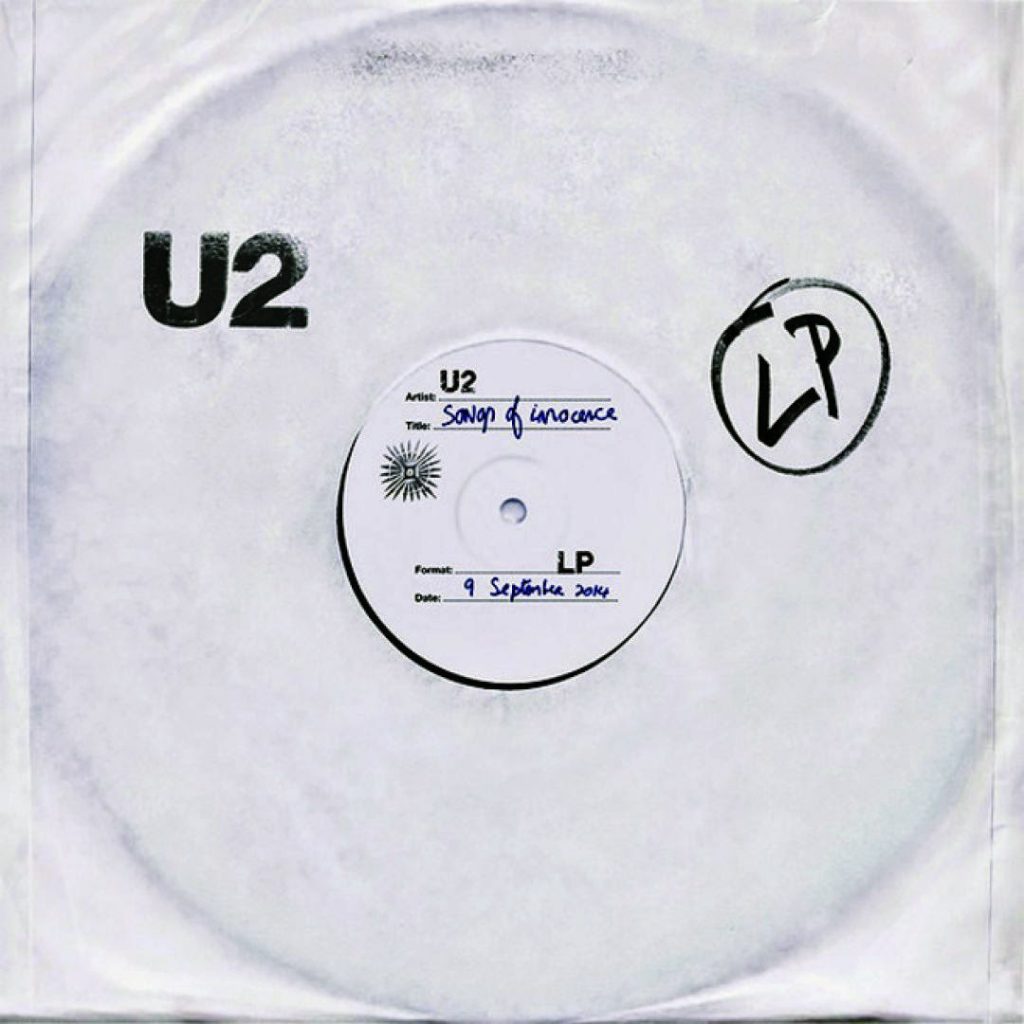 I can almost hear the individual or team in the marketing meeting talking about how cool it would be to really do something out of the box.

“We have the technology to just give it to everyone, right?”

“Lets set it, so everyone just wakes up with a free album from U2?”

I can hear the conversation at the table. I’ve had conversations at the marketing table just like it and I’ve stretched my creativity and brain looking for that out of the box delivery. I feel bad for whoever dreamt it up, because they had the right intention.

They just went one or two steps too far and it backfired.

We don’t like to be reminded that in some ways we have no control over our computer life, our library, our music… Music and our collection of music is a very personal thing to all of us. It’s our personal soundtrack, our medicine or bragging rights and sometimes how we identify ourselves.

The morning I found this album in my library I was very confused and I felt a little violated. Now, this is coming from the guy whom rushed out to get the Achtung Baby Deluxe Edition not even two years ago, the guy who tracked down the Achtung Baby Cover Album that was given away with a magazine at that same time, the guy who had to find the limited edition version of the greatest hits he I could get the disc of the B-sides.

It’s also the guy who skipped even listening to the last U2 album because nothing on grabbed him.

So I am a fan of U2, but I am not a fanatic fan. I’m a realistic fan hopefully one you can gauge right down the middle. I’d spend on their music, but not unconditionally. So I’m a fan, loyal but not fanatic, and even being that… I felt kind of violated just finding those files in the top of my library without warning.

But then I remembered every time I update my iTunes I scroll past that endless text of agreement language without reading a word and select AGREE TO TERMS. And then I thought… if the worst thing that’s happened to me for not really reading that language is getting a free U2 album in my library… so be it.

Then I listened to the album and something else eased the pain of my violation… I enjoyed the album quite a bit. I actually tweeted @U2 to let them know I liked it. I’m listening to it now as I write this piece. Is it their best? Maybe not. Are there some fantastic songs on it and great lyrics? Absolutely. The first song “The Miracle” has lyrics as clever as anything Bono has written, and he one of the most clever lyricists of our time. 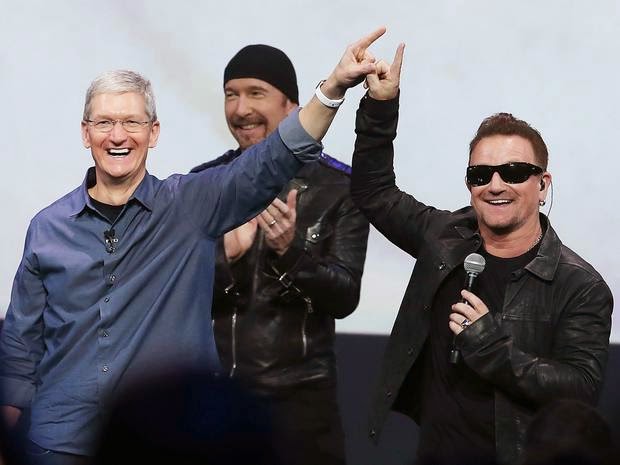 Did iTunes fuck up with one little move, by not giving us the choice? Yes.

Are we more than just a little spoiled that a free U2 album has offended us somehow? Yes.

I’ve been thinking a lot about the band this week. The poor guys… you work your heart out, you write, produce and create a new album in a climate where music has lost value, where digital downloading has greatly reduced how much a band can make from the act of making an album. And people get mad at you for it. U2 didn’t hire hackers and sneak into your library.

Someone at iTunes was probably racking their brain, looking for what type of band would have broad enough appeal to go into every customer’s library as a “gift”… and I challenge you to come up with a band that has more wide appeal.

So someone at iTunes has this idea, lets give everyone a free U2 album. A great idea for the band, it’s like a guarantee. (Yes, when bands tour, or celebrities make appearances they are usually given a guarantee financially by the promoter or venue, which ensures they make the money, necessary to accommodate their appearance or performance).

This was like iTunes doing similar, only for the actually recordings of the music not the live performance of the music. And in this digital age of downloads and piracy why wouldn’t U2 try out a free album where they are getting paid by the distributor directly instead of waiting for sales to come in?

So those of us in entertainment and marketing have learned some lessons this month.

Sometimes you can’t force “gifts” on people. Your customers still want to feel like they have a choice.

And for all those who are still pissed off about the violation of their library, about the free U2 music files being stuck into their computer I’ll just say this…

* The digital release of SONGS OF INNOCENCE made the record available to over 500 million iTunes customers, for what Apple CEO Tim Cook marketed as “the largest album release of all time”.