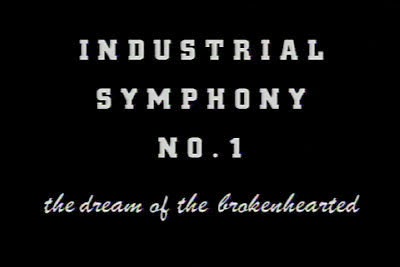 My brother called me the other day to say that he was re-watching Twin Peaks after a two decade hiatus and completely forgot about the scene where Leland Palmer throws himself onto his daughter’s casket at the funeral. When it happened, he laughed uncontrollably for about ten minutes. We’re talking the dry heaving, stomach grabbing kind of laughing that makes you need a nap afterward.

After he recovered from his exhausting guffaw, he told me that he had forgotten how weird David Lynch was and how frakking awesome seeing this show was back when TV was a smorgasbord of boring sitcoms and forgettable dramas (although, to be fair, he did admit that the second season was lost on him). We reminisced about Bob, Sherilyn Fenn and how we totally would have bought Nadine’s silent drape runners had the patent office been more pleasant to her.

It was a good talk between siblings that for once didn’t end in name-calling and fighting over who mom loves more.

So, this weird-ass David Lynch play (?) starring Laura Dern, Nic Cage, The Man From Another Planet, Michael J. Anderson and the etheral-voiced Julee Cruise is for my brother.

May it be as weird to you as it was for me…Love Ya!

In this article:90s, Let's Go To The Movies, WTF

Lets look a piece of infotainment most people don’t remember at all, but I loved it so much in it’s day. Back in the...

The ‘80s are so 2010. As pop culture continues to bask in the loving glow of retro nostalgia, the trend is evolving the adoration...

Kids these days have it way too easy – this is a slogan you hear quite a lot when talking to anyone born in...